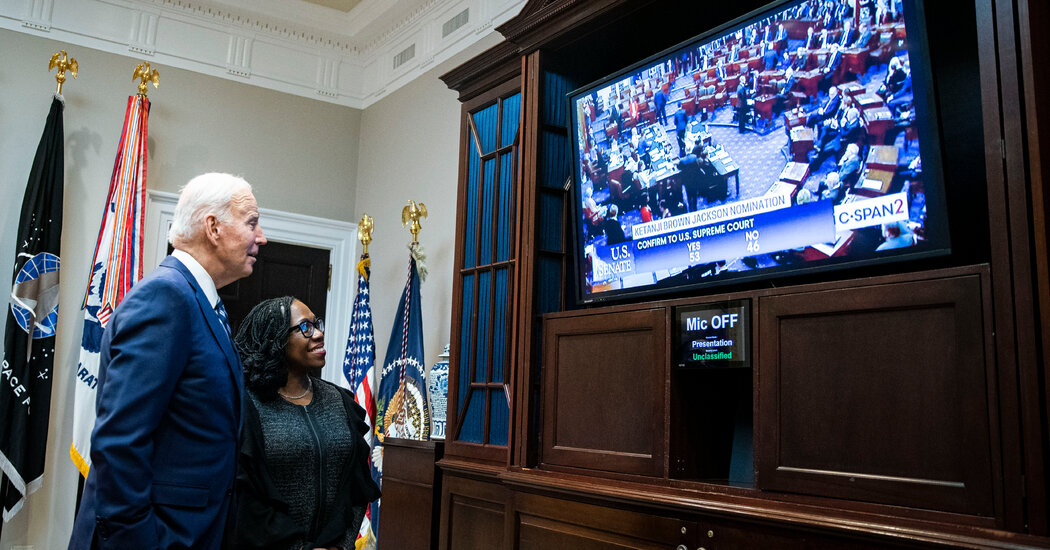 A trio of positive coronavirus tests scrambled the Senate schedule on Tuesday, as Democrats lost the votes they needed to advance multiple nominees this week in an evenly divided Senate.

Back in Washington from a two-week recess, Democrats had aimed to approve multiple nominations this week, including Lisa D. Cook to be a governor of the Federal Reserve and Alvaro Bedoya to be a member of the Federal Trade Commission.

But with Vice President Kamala Harris and two senators, Ron Wyden of Oregon and Chris Murphy of Connecticut, in isolation after positive tests, Democrats do not have the votes needed to approve either Ms. Cook or Mr. Bedoya.

The loss of just a few votes to illness underscored the perils for Senator Chuck Schumer of New York, the majority leader, and the Democratic caucus as they work to maneuver the remainder of President Biden’s nominations and legislative priorities through an evenly divided Senate in which Ms. Harris is needed to break a tie.

Democratic leaders have typically delayed any party-line votes unless they know enough members of their caucus will be present. They faced a similar quandary earlier this year when Senator Ben Ray Luján, Democrat of New Mexico, recovered from a stroke in February.

Both Ms. Cook and Mr. Bedoya did not receive any Republican support during separate procedural votes earlier this year.

A procedural vote to advance Ms. Cook’s nomination failed on Tuesday, without full Democratic support. A senior Senate Democratic aide, speaking on condition of anonymity, confirmed that the Senate would reconsider the nomination and votes on Mr. Bedoya’s nomination will be delayed.

In separate statements on Tuesday, Mr. Wyden and Mr. Murphy said they were experiencing mild symptoms, but were fully vaccinated. Mr. Wyden’s office confirmed he has received two booster shots.

“It’s a bummer, but I’m sure if I wasn’t fully vaccinated I would be feeling a lot worse,” Mr. Murphy wrote on Twitter. “So remember to get your booster!”