The Perfect Enemy | The feds want to hide hospital safety scores during COVID, making it harder to evaluate yours
Skip to content
July 7, 2022
Read Time:5 Minute 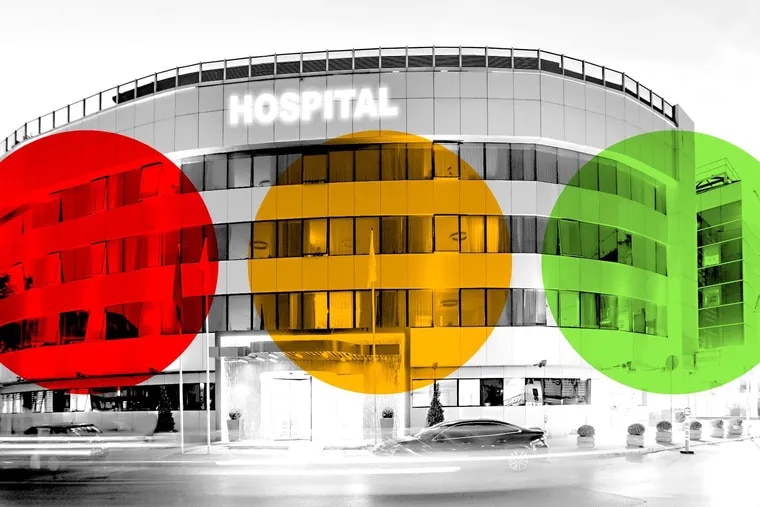 But under a new proposal from the agency, there’s no way for the public to tell if these hospitals, and 145 others around the country, have gotten any better.

The U.S. Centers for Medicare and Medicaid Services contends the rates of surgical complications were skewed by the unprecedented challenges of treating patients in the pandemic. The agency previously hid the data from public view for the first half of 2020, and it proposes to keep doing that through mid-2021. For now, hospitals also would not have to pay penalties that are ordinarily based on these measures and on the rates of five hospital-acquired infections — costing Medicare an estimated $350 million.

Patient safety advocates say the proposal would make it harder to evaluate hospital quality during the very period health care was in greatest demand. In fact, research suggests hospital safety suffered as institutions faced immense strain for much of 2020 and 2021.

But the solution is not to hide the results from public view, said Leah Binder, president and chief executive officer of the Leapfrog Group, a nonprofit that uses these data and others to evaluate hospital safety.

“Consumers deserve to know exactly what happened and where during the pandemic,” she said. “We’re outraged at the possibility that we would go backward on transparency.”

Medicare would still collect each hospital’s raw numbers of “potentially preventable” complications after surgery. But for now, the agency would not publish the numbers nor use them to create composite patient-safety scores for each hospital.

The last time that happened, for the 18-month period ending Dec. 31, 2019, the area hospitals with worse-than-average composite scores were: Nazareth Hospital and Chestnut Hill Hospital in Philadelphia; St. Mary Medical Center in Langhorne; and Lankenau Medical Center in Wynnewood. The scores are published on Medicare’s Care Compare website, at www.medicare.gov/care-compare.

All four hospitals said they have used the results internally to guide performance.

But since the government has not published national data since then, no hospital can calculate whether it has improved with respect to its peers, said Eileen Jaskuta, vice president for quality, patient safety, and equity at Main Line Health, the health system that includes Lankenau.

“We need to make sure that we’re comparing apples to apples,” she said.

The score based on surgical complications is just one measure of hospital quality. While Lankenau had a worse-than-average score at the end of 2019, it scored better than average on six other indicators, including the prevention of infections and survival after treatment for heart failure. That made it just one of four Philly-area hospitals to earn Medicare’s top rating for overall quality — five out of five stars.

Then came the pandemic. And hospital safety researchers, consumer advocates, and the government agree: COVID skewed hospital performance measures in a variety of ways.

How COVID skewed the numbers

At times, COVID cases were high in some parts of the country yet not in others, making comparisons difficult, Medicare says. Also, the pandemic drove up the numbers for some complications, possibly through staffing shortages that led to more falls and other complications. Yet many hospitals saw far lower numbers of patients for certain procedures, making year-to-year comparisons of hospital-acquired conditions statistically unreliable, the agency says.

“We are concerned that … we will not be able to score hospitals fairly,” Medicare wrote in its proposal to suppress the surgical-complication scores and related penalties.

That logic makes sense, said Jolene Calla, vice president for health care finance and insurance at the Hospital and Healthsystem Association of Pennsylvania.

“It’s not helpful to use bad data to draw conclusions,” she said. “It’s a data-driven issue. It is not because hospitals don’t want to be transparent.”

While the government wants to hold back information related to surgical complications, it would still publish each facility’s rate of hospital-acquired infections. These include catheter-associated urinary tract infections; bloodstream infections resulting from the insertion of a “central line;” surgical-site infections from colon surgery or abdominal hysterectomy; and two types of bacterial infections, MRSA and C. difficile.

But as for the penalties ordinarily based on both indicators — the surgical complications and the infections — the proposal would eliminate them for now.

Evidence of more infections and falls

While no rates of complications have been made public for individual hospitals during the pandemic, national numbers suggest that hospitals had problems during COVID.

Central-line–associated bloodstream infections, for example, had decreased by 31% in the five years before the pandemic, but this trend was almost totally erased by a 28% increase in the second quarter of 2020, physicians from Medicare and the CDC wrote in a February article published in the New England Journal of Medicine.

Patients in skilled nursing facilities also suffered early in the pandemic. In the second quarter of 2020, the rate of falls causing major injury rose 17.4%, and the rates of pressure ulcers rose 41.8%, the authors wrote.

But if the results for individual hospitals are not published, consumers are deprived of a valuable tool, said Helen Haskell, founder of Mothers Against Medical Error, a nonprofit based in Columbia, S.C.

“I think it’s a terrible idea,” she said of the proposal. “It doesn’t allow the effect of COVID on these measures to be documented.”

Self-insured employers also have pushed back against the plan, according to MedPage Today, which first reported on the debate in May.

In at least one respect, the Medicare proposal would increase transparency. The agency for the first time proposes to publish certain performance measures for specialty cancer hospitals. These would include the number of unplanned readmissions and the proportion of patients who died from cancer after getting chemotherapy in the last 14 days of life.

Medicare’s proposed rule is open for public comment through June 17.