The Perfect Enemy | Suffering from Long COVID headaches and brain fog? Another coronavirus could be the culprit
Skip to content
December 6, 2022
Read Time:3 Minute 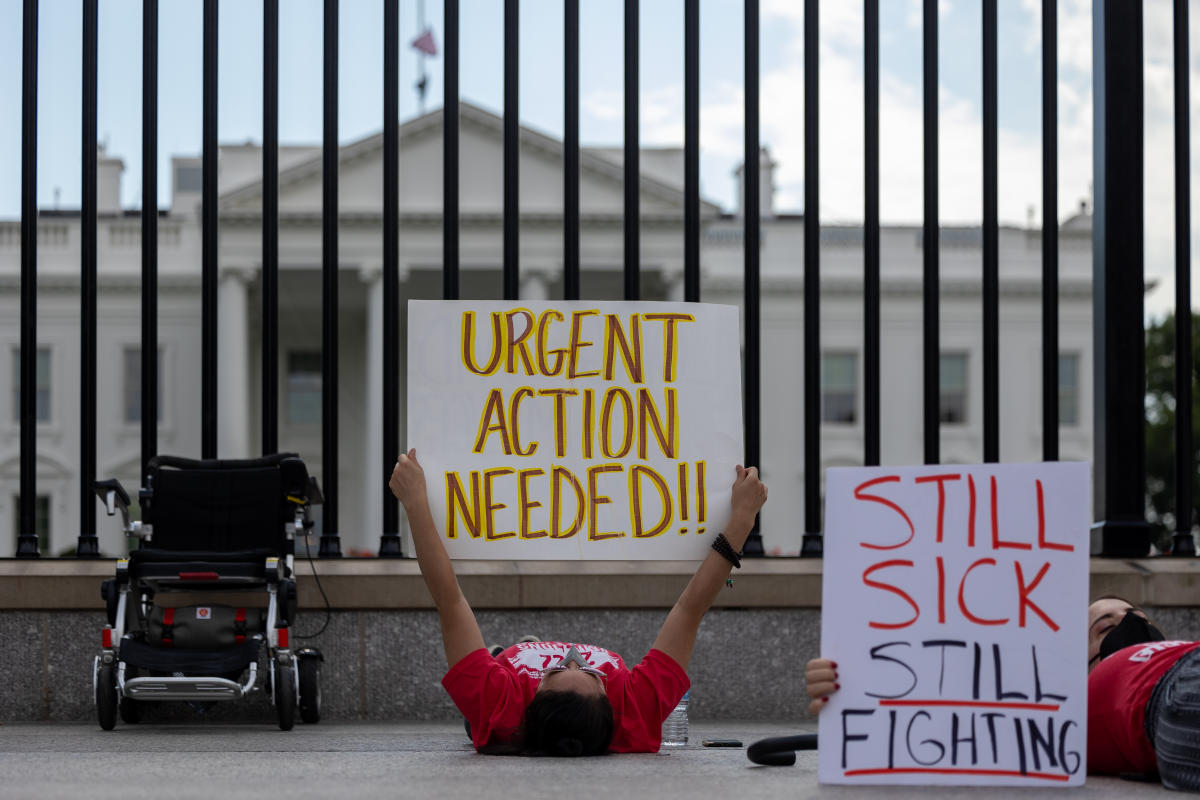 If you’re a Long COVID patient with headaches, brain fog, or other neurological symptoms, another coronavirus could be to blame—at least in part, according to a new study.

Researchers at the Ragon Institute of Massachusetts General Hospital, the Massachusetts Institute of Technology, and Harvard University, examined the cerebral spinal fluid of 112 patients who had been infected with COVID. In those with neurological Long COVID symptoms, which included inflammation of the brain with seizures and cognitive deficits, they found evidence of an underwhelming antibody response to COVID—and an overwhelming antibody response to other coronaviruses that usually present as common colds.

The findings suggest that immune imprinting could be at play in patients with neurological Long COVID symptoms, the authors wrote. Also known as “antigenic sin,” immune imprinting is a phenomenon in which a person’s immune system continually responds to the first version of the virus it sees—even when exposed to a related but different version.

A recent study out of Harvard University details similar findings in a small group of patients who had been diagnosed with arthritis or a similar condition before the pandemic, and who had since been infected with COVID and developed Long COVID.

Such patients’ blood showed evidence of an underwhelming antibody response to COVID—and of an overwhelming antibody response to OC43, a coronavirus that often causes upper respiratory tract illness. While its presentation is often mild, the pathogen is known to cause bronchitis, bronchiolitis, and pneumonia in children and the elderly, as well as immunosuppressed patients, and its presentation may be easily confused with that of COVID-19, according to a 2021 article in The Southwest Respiratory and Critical Care Chronicles.

The patients in the later study were likely infected with the virus at some point in their lives before they were infected with COVID, the authors theorized. When their bodies’ immune systems were exposed to the coronavirus SARS-CoV-2, which causes COVID, they responded with OC43 antibodies that, while similar, were less than ideal, leading to chronic inflammation and other long COVID symptoms.

Immune imprinting could also be the reason why a recent study from Columbia University and the University of Michigan found that new Omicron boosters were no more effective than original COVID jabs. In that study, researchers suggested that one’s exposure to the original strain of COVID, by infection or vaccination, could limit their future immune response when faced with a new variant.

While little is currently known about immune imprinting, scientists are learning more than ever about the process thanks to COVID, Dr. Kathryn Stephenson, assistant professor of medicine and infectious disease expert at Beth Israel Deaconess Medical Center in Massachusetts, said Thursday at a Harvard-affiliated COVID press conference. She was not involved with the studies.

“I think we’re in a state of learning right now and probably will be rewriting some textbooks,” she said.

Nearly 20% of American adults who’ve had COVID—an estimated 50 million Americans—report having Long COVID symptoms after their infection resolves, according to data collected by the U.S. Census Bureau this summer.

Long COVID is roughly defined as symptoms that persist or appear long after the initial COVID infection is gone, but a consensus definition has not yet been broadly accepted.

Many experts contend that the condition is best defined as a chronic-fatigue-syndrome-like condition that develops after COVID illness, similar to other post-viral syndromes like those that can occur after infection with herpes, Lyme disease, and even Ebola. Other post-COVID complications, like organ damage and post-intensive-care syndrome, should not be defined as long COVID, they say.

The American middle class is at the end of an era

Christina Applegate’s early MS symptoms make it clear that the disease can be mistaken for everyday aches. Here’s what you need to know

Sick with a new Omicron variant? Be prepared for this symptom

Is remdesivir treatment associated with reduced risk of inpatient mortality among US patients hospitalized with COVID-19?