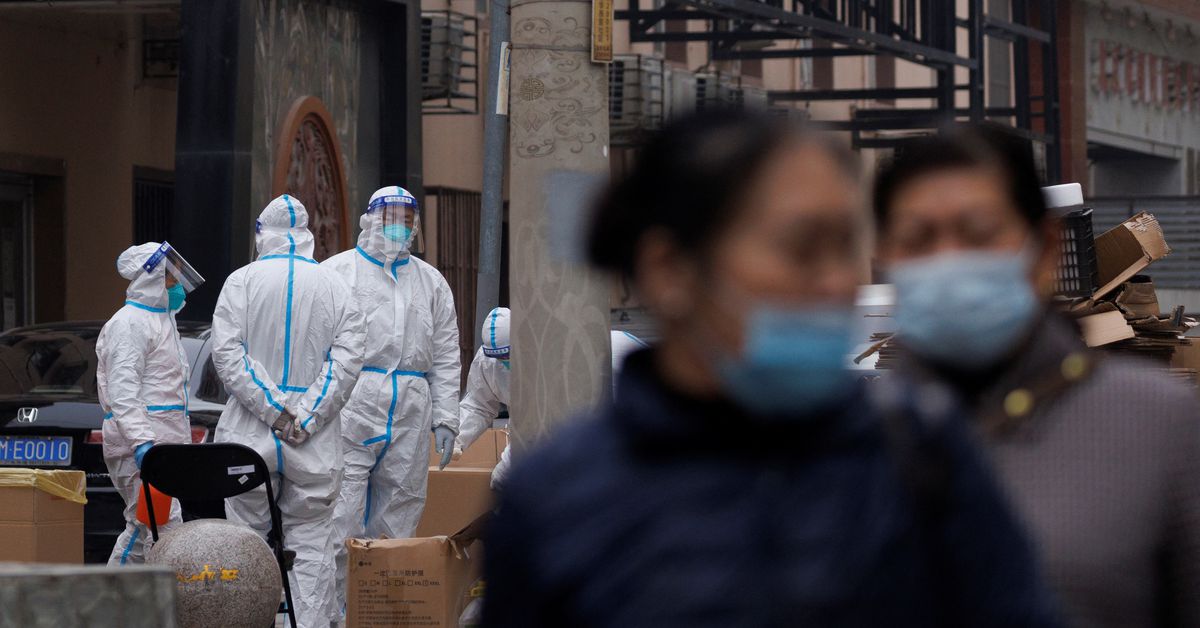 BEIJING, Nov 20 (Reuters) – New coronavirus case numbers held steady in China near April peaks on Sunday as many shops and restaurants in Beijing’s most populous district were shut and schools in the area said classes would go online for the coming week.

China is battling COVID-19 outbreaks in cities across the country, including Guangzhou and Chongqing, even as it tries to ease the impact of harsh containment measures that are a drag on the economy and are sparking frustration among people fed up with lockdowns, quarantines and other disruptions.

On Sunday, China reported 24,435 new COVID-19 infections for Nov. 19, down slightly from 24,473 a day earlier but near highs clocked in April when Shanghai, the country’s largest city, was in the midst of an outbreak resulting in a grinding two-month lockdown.

While official infection tallies are low by global standards, China tries to stamp out every infection chain under a zero-COVID-19 policy that makes it a global outlier nearly three years into the pandemic.

Many Beijing residents scrambled to stock up on food and some delivery services experienced delays after the city urged residents of the sprawling Chaoyang district, home to nearly 3.5 million people as well as embassies and office towers, to stay home during the weekend.

Parents at international schools in the district were told that classes would go online for the coming week: “As COVID-19 has spread in multiple places and with complex transmission chains, schools in Chaoyang district will be moving to online learning,” one such notice said.

Hairdressers in the neighbouring Dongcheng district were also told to shut.

Under a series of measures unveiled this month, Chinese health authorities have sought to be more targeted in applying COVID-19 curbs, sparking recent investor hopes for more significant easing even as China faces its first winter battling the highly transmissible Omicron variant.

China continues to reiterate its commitment to zero-COVID-19, a signature policy of President Xi Jinping that the central government argues saves lives. Many analysts expect significant easing to begin only in March or April at the earliest.

Experts warn that full reopening requires a massive vaccination booster effort, and would also need a change in messaging in a country where COVID-19 remains widely feared.

In the latest tallies, Beijing city reported 621 new infections for Saturday, up from 515 a day earlier.