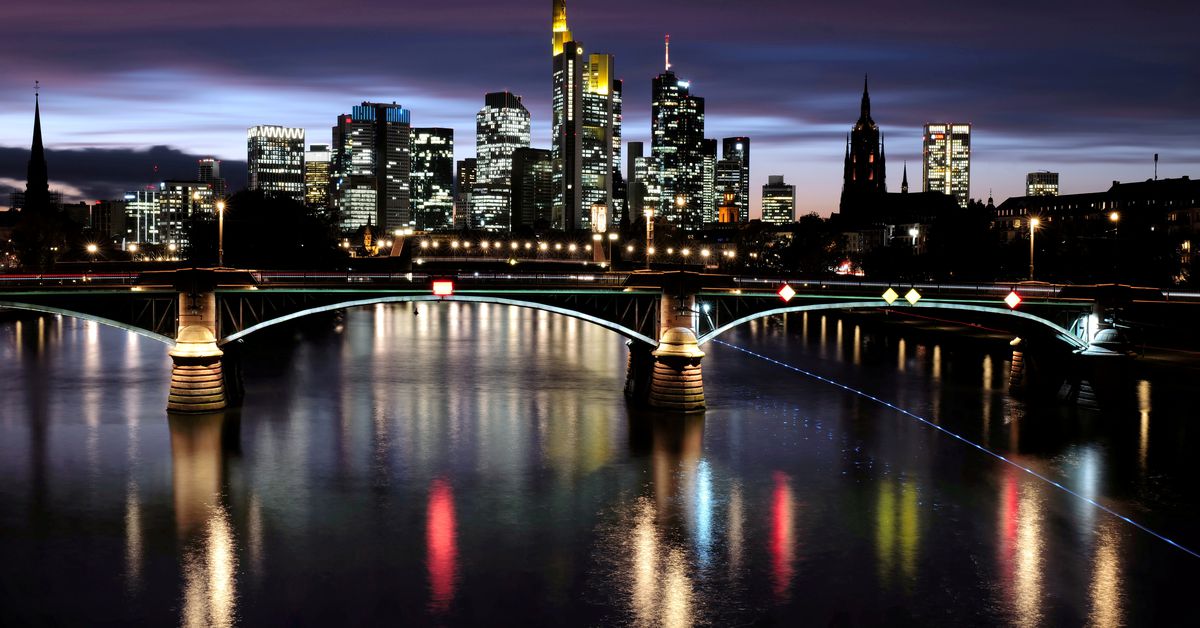 The skyline with its financial district is photographed during sunset as the spread of the coronavirus disease (COVID-19) continues in Frankfurt, Germany, October 26, 2020, REUTERS/Kai Pfaffenbach/File Photo

BERLIN, July 29 (Reuters) – The German economy stagnated in the second quarter, data showed on Friday, with the war in Ukraine, the pandemic and supply disruptions bringing Europe’s largest economy to the edge of a downturn.

Gross domestic product was unchanged quarter on quarter in adjusted terms, the federal statistics office said. A Reuters poll of economists had forecast growth of 0.1%.

However, the economy did better in the first quarter than originally reported, with the office upwardly revising that quarter’s growth to 0.8% from 0.2%.

Household and government consumption in particular helped support the economy in the April to June period, whereas the trade balance held it back, according to the office.

“The difficult framework conditions in the global economy, including the COVID-19 pandemic, interruptions in supply chains and the war in Ukraine, are clearly reflected in the short-term economic development,” it said in a statement.

Economic sentiment is so grim these days that stagnation almost feels like good news, said analysts, who added that with no turnaround in sight and uncertainty about energy supply this winter, the conditions were ripe for a recession.

“As of today, it would already be a success if economic output in the second half of the year continued to stagnate,” said Alexander Krueger of Hauck Aufhaeuser Lampe private bank.

Fritzi Koehler-Geib from the state-owned KfW development bank said that “a recession is in the air” with the plunge in the Ifo business climate index, which hit a two-year low this month, and the Purchasing Managers’ Index, which saw flash readings below the growth mark.

Germany is facing the question of how to heat homes and power industry come winter as gas flows via the Nord Stream 1 pipeline connecting it to Russia have fallen to 20% of capacity, making it nearly impossible to reach its storage goals without further measures, according to the country’s network regulator.