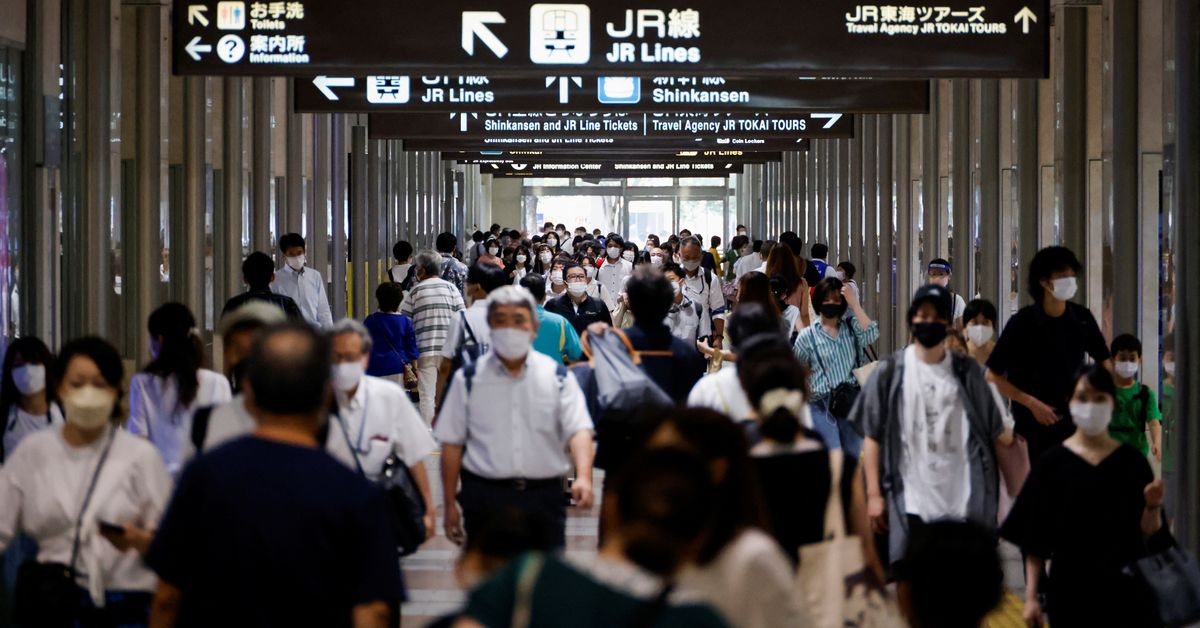 TOKYO, July 29 (Reuters) – Japan is encouraging regional authorities to take steps to contain a new coronavirus variant that has sent cases to record levels, but there is no plan for sweeping national measures.

A seventh wave of COVID-19 pushed the daily tally of new cases in Japan to a record 233,094 on Thursday as the BA.5 variant spreads, putting pressure on medical services and disrupting some company operations.

Japan has never imposed national lockdowns on the scale of some other countries and has instead periodically asked people to stay at home as much as possible and limited the opening hours of restaurants and bars.

“Rather than a national response, we want to support regional authorities in their efforts that are based on their local situations,” Kihara told a regular news conference.

“What’s important is to help each prefecture’s social and economic activities.”

Tokyo governor Yuriko Koike called on residents to test frequently, including at free centres set up at city train stations, and to maintain precautions such as masks, but the capital was not imposing any restrictions for now.

“We’ve learned a lot from our experiences over the past few years,” she told a regular news conference.

The country of 125.8 million people has done better than some in handling the pandemic, with 32,308 deaths since it began in early 2020.

But Japan had the world’s highest number of new coronavirus cases in the week to July 24, the World Health Organization said this week.

The number of deaths in the new wave has been low compared with previous ones, but new infections are beginning to hamper sectors.

Train companies in some regions have had to curtail services due to a lack of staff and Toyota Motor Corp suspended night shift operations at one production line of its Takaoka factory in central Japan this week. read more .

Daihatsu Motor Co said on Friday it would suspend night shifts over four days next week at a factory in Shiga Prefecture due to COVID infections.