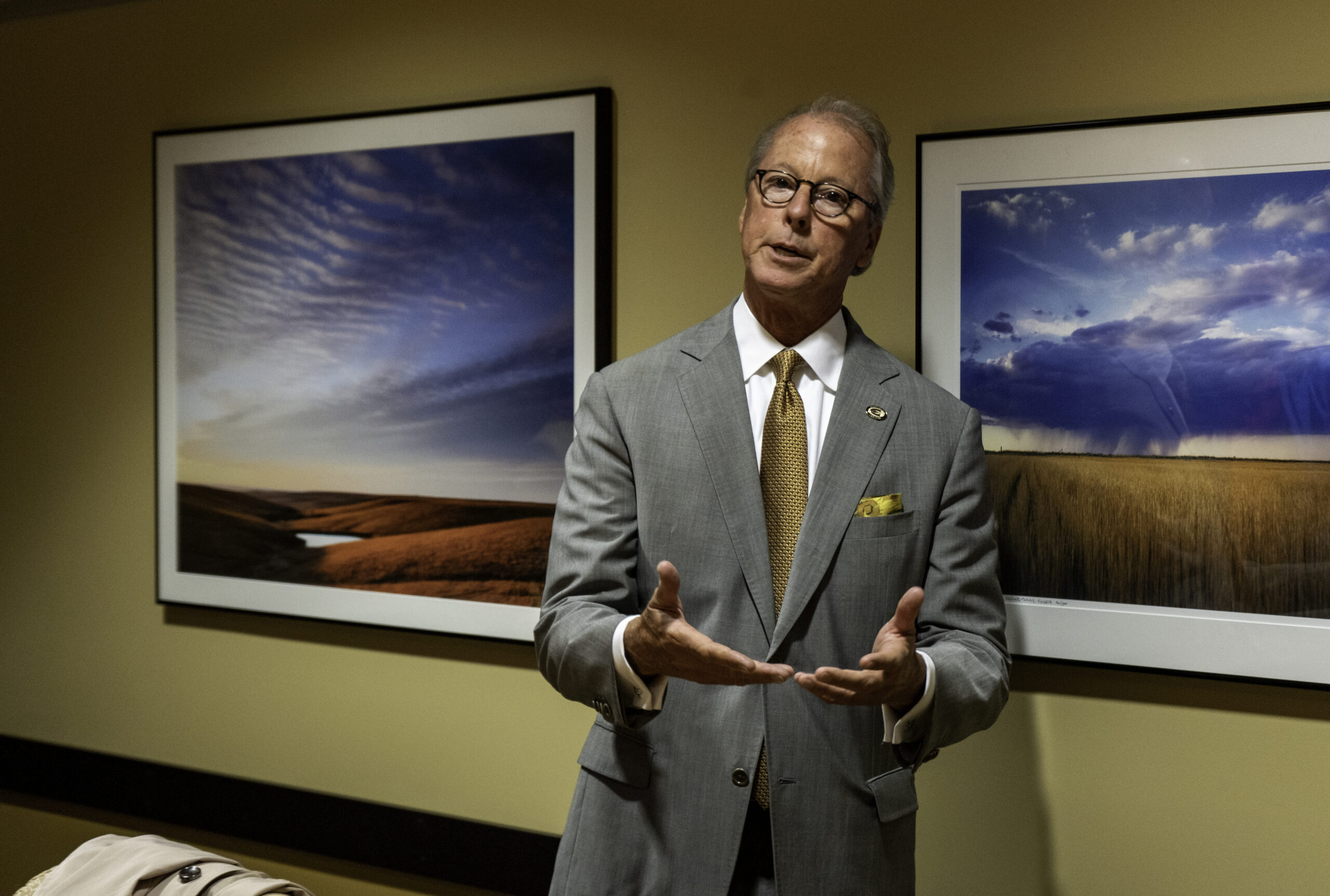 TOPEKA — Emporia State University’s proposal for dealing with financial strains identifies reasons the school will use to get rid of tenured professors, including market considerations, enrollment, revenue and employee conduct.

Faculty members say they are concerned by the lack of communication they have received from administration about its plans, and the short notice they were given to respond before the university seeks approval of the plans from the Kansas Board of Regents next week.

Some faculty members, including English professor Rachelle Smith, wondered if their jobs, or departments, will still exist in another year.

“It’s so frustrating,” Smith said. “There’s no communication. Faculty retreating like adversaries. And who loses? The students.”

The university announced Wednesday it was seeking Board of Regents approval for plans to overhaul the campus workforce, but it wouldn’t provide details of those plans. The Board of Regents is scheduled to review the proposal Sept. 14.

Shawn Keough, an associate professor of business administration and the Faculty Senate president, distributed a draft of the university’s plans to faculty members via email Wednesday night.

Keough, who didn’t immediately respond to an interview request for this story, told colleagues in his email that the president had met with him and Kim Simons, an associate professor of physical sciences, shortly before the public announcement. However, Keough said, the public announcement was “misleading” because the university hasn’t actually submitted the plan to regents yet. Hush gave faculty members a 10 a.m. Monday deadline to provide feedback, Keough said.

Keough asked faculty members to review the draft and prepare for an emergency meeting to be held on Friday.

“I know that reviewing the draft will raise a lot of questions,” Keough wrote in the email. “However, be aware that after you have read the draft, your level of information will be the same as Kim Simons and I.”

Under a temporary policy authorized by the Board of Regents, state universities can seek to eliminate tenured staff as a way of responding to “extreme financial pressures.” No other university has taken this step.

The draft of ESU’s “framework for workforce management” says university finances require reorganization or elimination of unspecified programs and curriculum.

Under the draft proposal, the university may eliminate any employee based on factors that include, but are not limited to: low enrollment, cost of operations, reduction in revenues for specific departments or schools, current or future market considerations, restructuring “as determined to be necessary by the university,” realignment of resources, performance evaluations, teaching and research productivity, low service productivity, and conduct of the employee.

“It’s simply a long list of reasons we can terminate anyone and everyone, including tenured faculty,” said Dan Colson, an associate professor of English who represents the department in the Faculty Senate. “When we are not really told what’s coming in advance, it’s hard not to view that as an aggressive action toward faculty.”

The draft also outlines the way employees will be notified of their dismissal and an appeals process.

Kelly Heine, chief marketing officer for ESU, said the university has been “analyzing everything from one end of campus to the other since early this year,” and began working on the “framework” for eliminating staff and programs in June.

Faculty have braced for painful changes to the university because of financial problems exacerbated by the COVID-19 pandemic and decreased enrollment. Still, Colson said many faculty members were caught off-guard by ESU’s announcement Wednesday. He said it wasn’t fair that they were given until Monday to provide feedback on a plan that has been in the works for months.

“It’s devastating. People are angry, but more than angry, people are afraid,” Colson said. “We have very little faculty involvement, very little distribution of information and an administration that does not seem committed to the traditional role of a faculty within the university.”

Michael Smith, a political science professor, said morale is “not the best.”

“I think many of us realize that some changes are inevitable,” he said, “but I think there are a lot of us that would like to see more faculty input.”

He pointed to a faculty-initiated idea to merge history and political science departments as an example of how collaboration between faculty and administration can work.

Rachelle Smith, who has taught at the university since 1995, said administration officials have hinted that the school may stop offering an English major. In that scenario, everyone in the English department would be eliminated except those who teach courses that are required by other majors, such as basic composition.

She said it was “disturbing” that faculty representatives don’t have more information about the university’s long-term plans.

Rachelle Smith and Colson both said they fear retaliation by the university for speaking about the situation for this story.

“I expect my name, if it is not already at the top of the list of those professors who will be fired, it will be after this,” Rachelle Smith said.

Heine, the marketing director, said faculty members should “absolutely not” be concerned about retaliation.