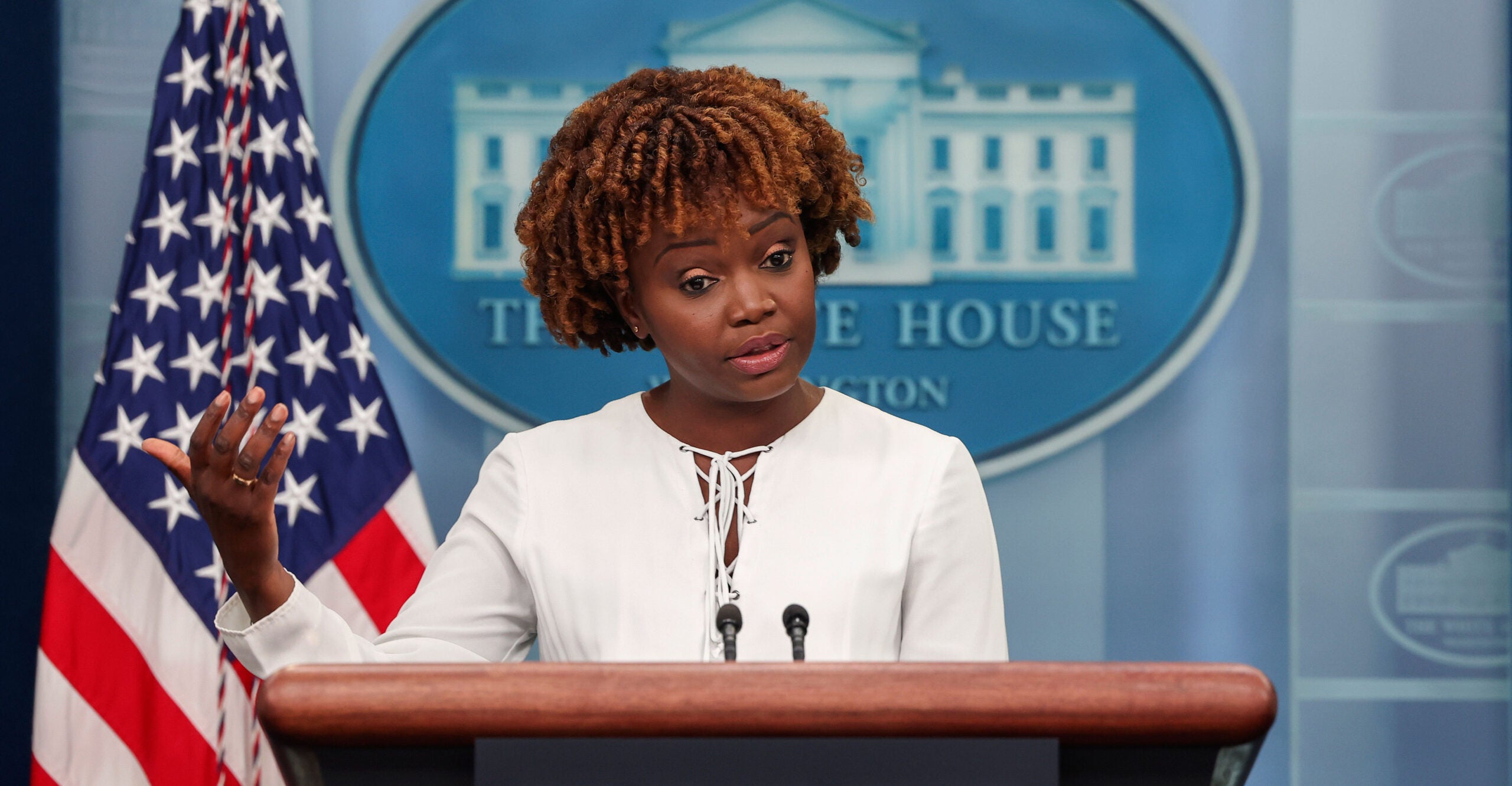 The central hypocrisy of President Joe Biden’s indictment of the “MAGA Republicans”—as well as the Nancy Pelosi-picked panel on Jan. 6—is all the evidence of liberals and Democrats being “election deniers.”

Democracy is crumbling when Republicans question election results, but everything Democrats say and do should be categorized as exercises in idealism.

On April 2, 2020—about 17 months after Stacey Abrams lost her election in Georgia—Jean-Pierre tweeted over an MSNBC video link: “Reminder: Brian Kemp stole the gubernatorial election from Georgians and Stacey Abrams.” Why so late? Liberals at that time were suggesting Kemp (like Trump) was one of those GOP COVID-19 mass murderers.

Jean-Pierre tried to call the comparison “ridiculous,” that she “was talking specifically at that time of what was happening with voting rights and the—what was in danger of voting rights.”

That changes absolutely nothing. The hypocrisy remains. The only leg these liberals have to stand on is they didn’t riot at the Capitol. They spent most of Trump’s presidency treating him as a Russian-imposed fraud, but that’s somehow not being a dangerous “election denier.”

Conservatives quickly pointed out the obvious: If the press secretary had long anticipated this question, why was the answer so remarkably insufficient?

Then ABC’s “The View”—the platform where common sense goes to die—attempted to defend this hypocrisy. Whoopi Goldberg argued those tweets were just fine, since “she was part of MoveOn.org. She was not an elected official. She was doing her part as an American citizen saying how she felt about an election.” It was her “freedom of speech.”

It gets sillier. Goldberg added not only was Jean-Pierre a “private citizen,” she “wasn’t even on television.” That is blatantly false. She proudly touted herself as an MSNBC political analyst in her MoveOn days, and also showed up on CNN with Don Lemon. In 2017, she railed against Trump on Joy Reid’s show for supposedly hating black women, that “he now sits behind the Resolute desk in the Oval Office, essentially defecating on women.”

In November of 2019, when NBC’s “Today” gushed over Jean-Pierre’s memoir “Moving Forward,” co-host Craig Melvin told viewers, “You can also catch her on MSNBC just about every day.” That’s not a “private citizen.”

It’s a rollicking part of our democracy that Democrats seek to keep their minority voters activated and lining up to vote by scaring them relentlessly about Republican conspiracies of “Jim Crow” voter suppression and wanting to “put y’all back in chains,” to quote then-Vice President Biden.

The “independent fact checkers” fail to pounce, and the Big Tech platforms won’t squash them for “disinformation” and dangerous election-denier messaging.

Karine Jean-Pierre was only acting like every other cynical liberal playing this game. Doocy could have thrown this question at her when she took over for Jen Psaki in May. Her answer would have been just as lame then.

The Daily Signal publishes a variety of perspectives. Nothing written here is to be construed as representing the views of The Heritage Foundation.

Have an opinion about this article? To sound off, please email letters@DailySignal.com and we’ll consider publishing your edited remarks in our regular “We Hear You” feature. Remember to include the url or headline of the article plus your name and town and/or state.

Greenwich Art Society celebrates ‘Time in Place,’ an exhibit inspired by stasis of the COVID-19 era