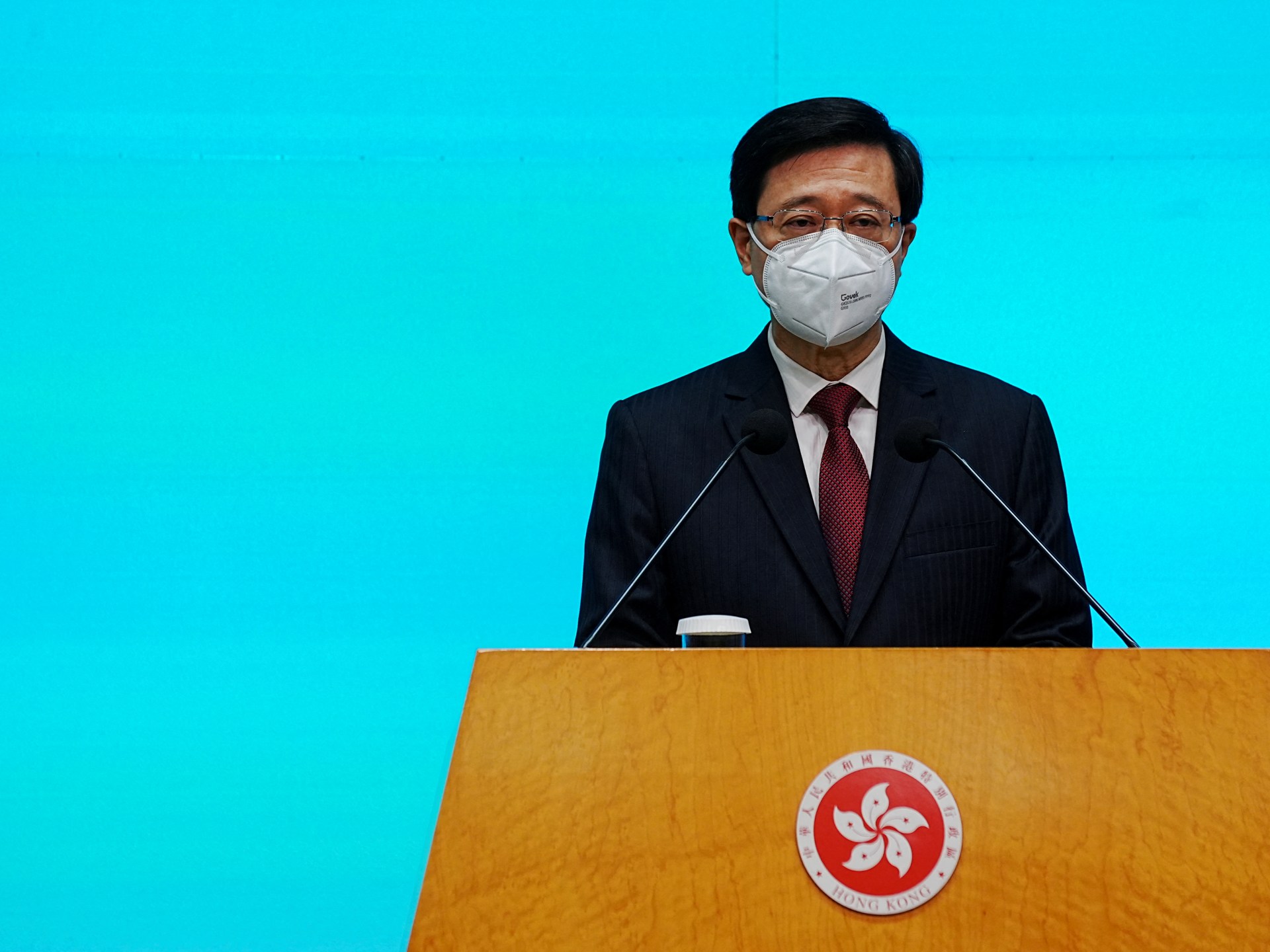 John Lee says changes to controversial hotel quarantine scheme should not cause “chaos or confusion”.

Hong Kong is “actively exploring” changes to strict COVID-19 curbs that have devastated the economy and driven talent from the financial hub, with authorities hoping to make an announcement soon, the city’s leader has said.

Hong Kong Chief Executive John Lee said on Tuesday his government intended to make an announcement soon on the city’s controversial hotel quarantine policy amid mounting frustration over the Chinese territory’s deteriorating image as a place to live and do business.

Lee, who has pledged to revive Hong Kong’s ailing international status since taking office in July, said his government was conscious of the need to ensure “good connectivity” with the rest of the world.

“We know exactly where we should be heading and want to be consistent as we move in that direction. We would like to have an orderly opening up,” Lee told reporters, while cautioning against any move that could lead to “chaos or confusion”.

Lee’s remarks come days after the organisers of the Hong Kong Marathon and World Dragon Boat Racing Championships, two of the biggest events in the sporting calendar, announced the events would respectively be cancelled and moved to Thailand due to the city’s pandemic rules.

Hong Kong is one of the few places on earth still adhering to strict pandemic controls as authorities seek to align with mainland China’s draconian “zero COVID” policy aimed at stamping the virus out at almost any cost.

Under the current rules, all arrivals must undergo three days of hotel quarantine followed by four days of medical surveillance, during which they are prohibited from entering venues such as bars and restaurants.

Arrivals were until last month required to undergo seven days of hotel quarantine and previously were confined to 21 days in a hotel.

Local media earlier reported that authorities were considering replacing hotel quarantine entirely with seven days of medical surveillance, which would still severely restrict the movements of arrivals to the city.

The South China Morning Post newspaper on Tuesday reported that Lee and his Cabinet had reached a consensus on scrapping hotel quarantine at a later date, citing anonymous sources.

Alongside a Beijing-led crackdown on dissent that has eviscerated rights and freedoms in the former British colony, the COVID curbs — which also include mask mandates, a mainland Chinese-style health code system, and limits on public gatherings — have sparked a mass exodus of residents.

Hong Kong entered its second recession in three years in the second quarter, with gross domestic product (GDP) shrinking 1.4 percent after a 3.9 percent decline during the January-March period. On Monday, Financial Secretary Paul Chan said that the city’s fiscal situation was worse than expected, predicting a deficit of up to 100 billion Hong Kong dollars ($12.7bn) this year, the second worst on record.

Gary Ng, a senior economist at Natixis in Hong Kong, said Hong Kong’s piecemeal approach to reopening would not be enough to restore the city’s plummeting competitiveness.

“Everything is relative. Moving from the so-called ‘3+4’ scheme to ‘0+7’ will offer little help as the divergence versus regional peers, such as Singapore, is still extremely wide,” Ng told Al Jazeera.

“It is also not only about border control but also domestic rules. Compulsory test and health code requirements are the main factors in bringing uncertainties, dampening Hong Kong’s attractiveness and quality of living. It is an urgent task for the Hong Kong government to move beyond COVID for its economy immediately.”

Ng said that the policies were also putting pressure on the city’s finances in the form of “unsustainable” COVID-related spending.

“No one benefits from the current policy,” he said.