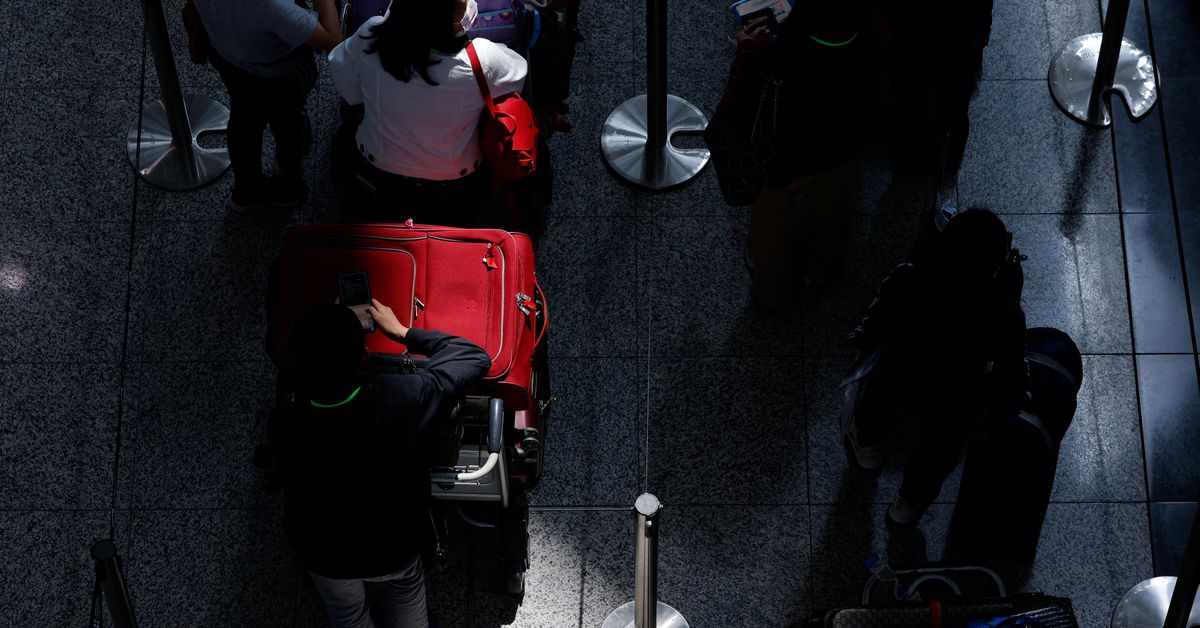 HONG KONG, Sept 20 (Reuters) – Hong Kong leader John Lee said on Tuesday the government aims to make an announcement soon on its controversial COVID-19 hotel quarantine policy for all arrivals, as it wants to keep the city connected with the rest of the world and allow an “orderly opening up”.

Lee said he was conscious Hong Kong needed to retain its competitiveness, adding that authorities were keen to bring back events and activities to the city.

“We know exactly where we should be heading and want to be consistent as we move in that direction. We would like to have an orderly opening-up…because we don’t want to have chaos or confusion in the process,” he told reporters.

The changes could be announced this week, local media reported.

Taking its cues from China which is pursuing a zero-COVID policy, Hong Kong is one of the few places in the world to still require travellers from abroad to quarantine upon arrival although the length of quarantine has eased over time. Currently, arrivals must pay for three days in a hotel and follow that with four days of self-monitoring.

Business groups, diplomats and many residents have slammed this rule and the city’s other COVID restrictions, saying they threaten Hong Kong’s standing as a global financial centre.

The rules have fuelled an exodus of both expats and local families that was kickstarted by Beijing’s efforts to exert control over the former British colony and limit freedoms. Some 113,000 people have left since mid 2021, according to government figures.

They have also forced airlines to drop dozens of flight routes to and from Hong Kong which used to boast one of the world’s busiest airports, while scores of events have been cancelled or postponed.

In contrast, rival financial hub Singapore is hosting a slew of high-profile conferences this month that has seen business boom for hotels and restaurants. read more

As part of its efforts to get business back to a more normal footing, Hong Kong is planning to host a major finance conference and the international Rugby Sevens in November. Bankers have said quarantine-free travel is a precondition for attending the conference.

It is unclear whether other COVID restrictions will also be relaxed. Hong Kong still bans public groups of more than four people and masks are mandatory, even for children as young as 2.