Reps. Mike Gallagher, R-Wis. and Virginia Foxx, R-N.C., sent a letter to Education Secretary Miguel Cardona Friday expressing concern over the lack of transparency about how funds from the American Rescue Plan designated for education have been spent.

“Given … record-breaking declines in student learning, we are concerned that your department is moving too slowly in its responsibility to provide the public and policymakers insight into how hundreds of billions of federal dollars provided through the Elementary and Secondary School Emergency Relief (ESSER) Fund are being used to address this learning loss,” the letter states.

Data released earlier in September by the National Center for Education Statistics showed the largest score drop in reading among 9-year-old students since 1990, and the first-ever score drop in mathematics among the same age group. 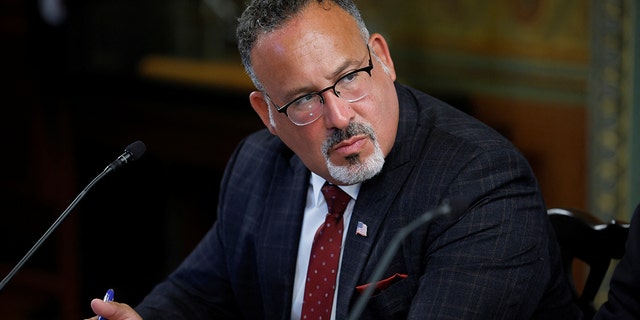 U.S. Secretary of Education Miguel Cardona meets leaders from U.S. colleges and universities to discuss challenges students are facing after the Supreme Court decision to end the nationwide constitutional right to abortion, in the Vice President’s ceremonial office at the Eisenhower Executive Office Building in Washington, U.S., August 8, 2022.  (REUTERS/Evelyn Hockstein)

“Access to this data is especially key for the enormous amount of ESSER funds provided through the American Rescue Plan Act (ARPA). We have already seen use of these funds for projects unrelated to the pandemic or academic achievement. Other reporting has highlighted the challenges districts face in screening out ineffective tutoring services,” the letter continued.

Nearly $123 billion was allocated to schools as part of COVID relief legislation, but questions remain about how much of the money has gone unspent by schools, and an Associated Press report revealed some of the money had been spent on athletics. 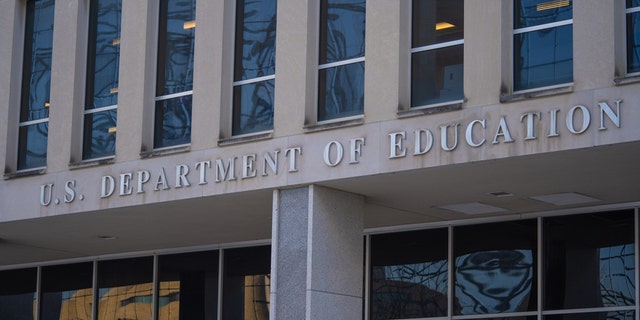 Despite this claim, Gallagher said the Department of Education has not provided adequate information about where the money has gone.

“School closures wiped out decades of academic gains despite Congress doling out hundreds of billions of dollars to prevent this crisis from happening,” Gallagher told Fox News Digital. “This raises a critical question: where did the money go? The Department of Education knows, but they haven’t even hinted at when they’ll make this information available to the public. We need a full accounting of how these funds were spent and how much of these funds are left, so we can work to ensure every remaining dollar goes towards helping our kids catch up.”

“Hundreds of billions of dollars have been funneled into ESSER, and yet, parents, policymakers, and stakeholders are left in the dark as to how this money is being used to help curb learning loss among America’s children,” Foxx, the ranking member of the House Education and Labor Committee, told Fox News Digital. “The Department would do well to clean up its act and release the data we’re requesting in full.”

“I’m calling on the Biden Administration to provide transparency for how hundreds of billions of federal dollars are being used to address the devastating learning loss in America’s students,” Rep. Elise Stefanik, R-N.Y., who co-signed the letter, told Fox News Digital. “I warned against the devastating consequences of Democrats’ authoritarian school lockdowns, vaccine mandates, and forced masking pushed by the Biden Administration and Democrat officials across the country on children’s learning and development.”

“Now as a new school year begins, it is evident that they are unnecessarily far behind. In order to get these students back on track, I’m working to ensure the federal funds granted to our schools are being used to responsibly address this learning loss and equip our next generation,” Stefanik continued. 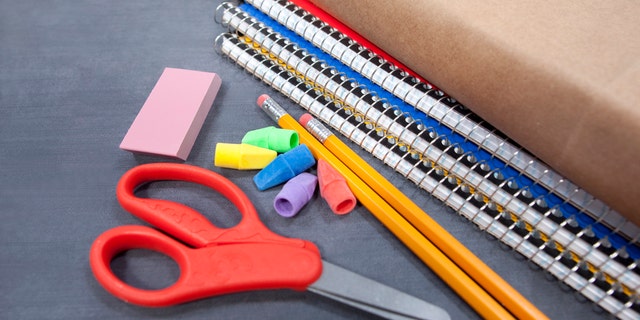 Ninety-three percent of the funds allocated to education as part of the $1.9-trillion American Rescue Plan were unspent, according to a May report from the Wall Street Journal. If local districts do not spend or allocate the funds by Sep. 2024, they will lose them, the Journal reported.

Kelsey Koberg is an Editor with Fox News Digital. Story tips can be sent to kelsey.koberg@fox.com and on Twitter: @KelseyKoberg.