The Perfect Enemy | Should You Get Your COVID-19 Booster and Flu Shot at the Same Time?
Skip to content
October 4, 2022
Read Time:5 Minute 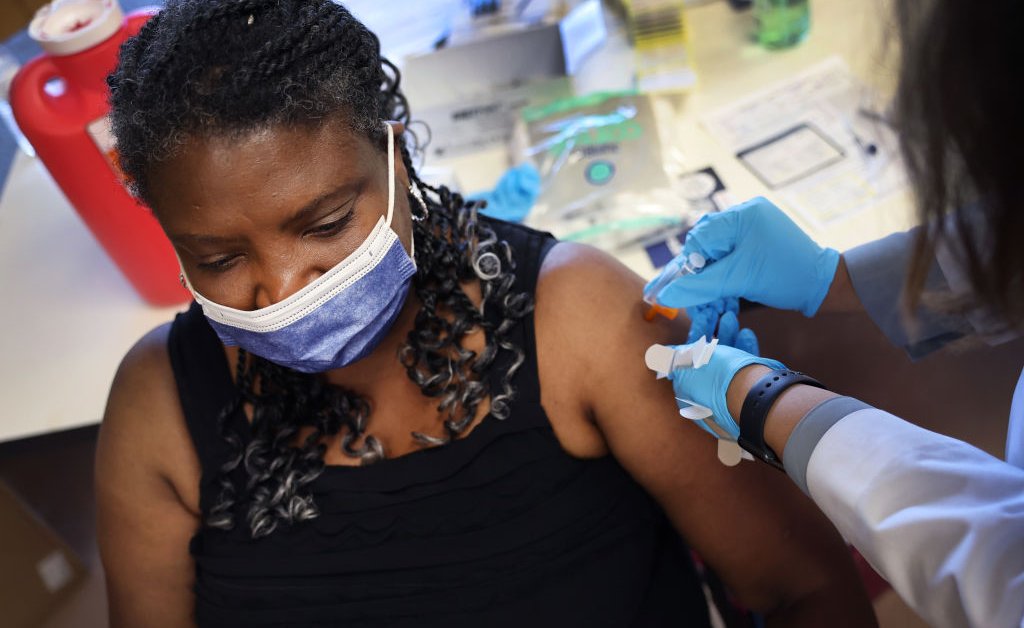 If you haven’t had or been vaccinated against COVID-19 in the last few months, the U.S. Centers for Disease Control and Prevention (CDC) says you should get a new booster shot this fall. The latest shots, which were authorized in late August and are available now, were designed to target currently circulating Omicron variants.

The new boosters can be given at the same time as a seasonal flu shot, the CDC says. But should you get both jabs at once, or space them out? It’s a simple question with a surprisingly complex answer.

Though the opinion isn’t universal, many experts, including White House medical adviser Dr. Anthony Fauci, say you should get your COVID-19 booster as soon as you’re eligible—which is at least two months after your last vaccine dose or three months after your last SARS-CoV-2 infection. In a recent podcast interview, Dr. Ashish Jha, the White House’s COVID-19 response coordinator, recommended getting boosted by Halloween to ensure you’re protected for the holidays and the usual winter virus season.

“Get it now. If you’ve been vaccinated or [recently] infected, it’s fine to wait a little longer,” Jha said. “But don’t wait too long. Don’t wait until you get into late November, December. Do it sooner rather than later.”

Jha’s suggested booster timing lines up with the CDC’s advice on flu shots, which is to get vaccinated by the end of October. And he has suggested that people get both shots at once. “I really believe this is why God gave us two arms—one for the flu shot and the other one for the COVID shot,” Jha said during a recent press briefing.

Read More: COVID-19 Is Still Messing Up Our Sleep. Here’s How to Sleep Better

It is safe to get both shots on the same day. Both vaccines can cause side effects—including soreness at the injection site, headache, fever, nausea, fatigue, and muscle aches—so while you may feel crummy if you double up, there’s no medical reason to avoid doing so. “If a person wants to get both at the same time, they can,” says Dr. Alicia Fry, chief of the epidemiology and prevention branch within the CDC’s influenza division. “If that works for that person, that is a very efficient use of their time.”

Dr. Richard Zimmerman, who directs the Pittsburgh Vaccination Research Group and has served on the CDC’s vaccine advisory committee, agrees that now is a good time to get a COVID-19 booster, since case counts remain high across the country. (Zimmerman got his Omicron booster in early September.) But in his opinion, September is a little early to get a flu shot.

“The ideal is to time vaccines before the season of whichever infectious disease it is,” he says. “Influenza season typically happens from December to March, so I’m personally holding off on my flu vaccine until October or November.”

A 2021 study found that flu shot efficacy wanes by roughly 10% each month after vaccination—so if someone gets vaccinated against the flu in September, they may be vulnerable to the virus if they’re exposed in February or March. Another study, which was published in 2019 and looked specifically at elderly adults, found that if all seniors who normally get vaccinated against the flu got their shots starting in October, instead of August or September, more than 11,000 cases of influenza among older adults could be avoided in a typical season. The CDC says it’s okay to get vaccinated in November or later, since influenza can circulate until May.

There’s another complicating factor, though. Scientists in the U.S. often look to Australia, which has its flu season during the U.S.’ spring and summer, to predict what’s going to happen in the U.S—and Australia had an unusually early flu season this year. The flu isn’t widely circulating in the U.S. yet, but based on what happened in Australia, it’s possible that will change soon. “This year, I do think there’s some rationale to getting the influenza vaccine early in the fall,” says Dr. Brandon Webb, an infectious disease specialist at Utah’s Intermountain Medical Center.

Clearly, plenty of variables go into gaming out the ideal vaccination schedule. For people at high risk of severe COVID-19 or influenza, it may be worth having a conversation with a health care provider to weigh those specifics—but most people don’t need to stress too much about timing, Zimmerman says. In the end, the best time to get vaccinated is whenever you’ll actually do it. And if getting a flu shot and a COVID-19 booster simultaneously is the only way you’ll get both, a two-shot appointment may be the way to go.

“For some people, it’s hard to get to the doctor or a medical facility. For them, the convenience of having both vaccines at the same time may outweigh the risk of waning [protection],” Zimmerman says. “If you don’t get in because you’re trying to time it perfectly,” you’ll be left with no protection at all.