The Perfect Enemy | FDA panel reviews vaccines for children under 5, and WHO warns against pandemic complacency
Skip to content
July 6, 2022
Read Time:5 Minute 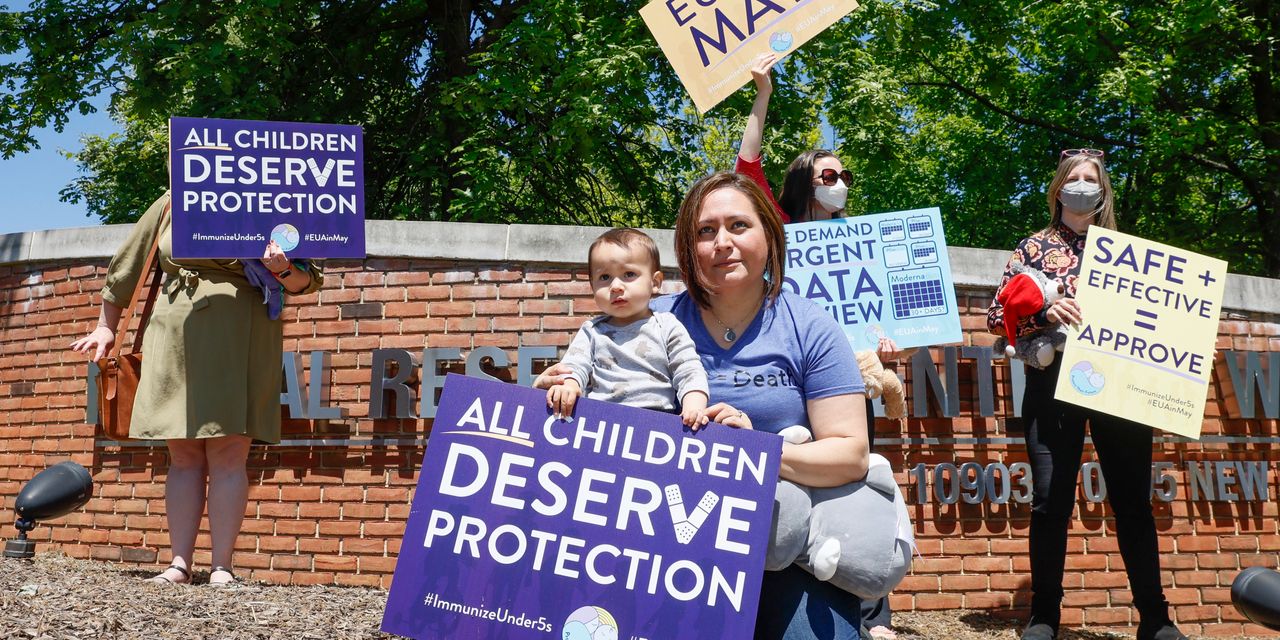 A day after a panel of advisers to the Food and Drug Administration endorsed a second brand of COVID-19 vaccine for school-age children and teens, the same panel will reconvene to discuss vaccines for children under the age of 5, the final group to be added to the U.S. program.

The group voted unanimously that Moderna’s  MRNA, +6.30%  vaccine is safe and effective enough to give kids ages 6 to 17, the Associated Press reported. If the FDA agrees, it would become the second option for those children, joining Pfizer’s  PFE, +1.17%  vaccine.

Later Wednesday, the panel will review both Moderna and Pfizer vaccines for children below the age of 5. The FDA weighed in last Friday with an analysis of Moderna’s two-shot regimen for the under-5s and said it appears safe and effective for children as young as 6 months.

The federal government has pledged to make vaccines available immediately after authorization from the FDA and the Centers for Disease Control and Prevention. Vaccinations could start as early as next week.

The meeting comes as U.S. cases are averaging 105,605 a day, up 7% from two weeks ago, according to a New York Times tracker. But as many people are now testing at home and the data are not being collected, there are concerns that case numbers are being undercounted.

And there are regional differences in case tallies, too. The Northeast, a recent hot spot, is showing declining numbers, while the South and West are seeing cases climb again.

The same trend is playing out with hospitalizations. The U.S. is averaging 29,728 hospitalizations a day, up 8% from two weeks ago, but they are rising faster in California and Florida.

The daily death toll stands at 322 on average, up 8% from two weeks ago.

The head of the World Health Organization said Tuesday that while cases and fatalities are declining globally, it’s too soon to become complacent on the virus.

Tedros Adhanom Ghebreyesus told a press briefing that there were still more than 3 million new cases reported in the latest week and that 8,737 people died.

“We cannot allow ourselves to become numb to these numbers,” he said. “There is no acceptable level of deaths from COVID-19, when we have the tools to prevent, detect and treat this disease.”

Tedros said he hoped a discussion at the World Trade Organization’s ministerial conference this week on a temporary intellectual-property waiver for vaccines would yield results.

“As I have said many times, the TRIPS waiver was created for use in emergencies. So if not now, then when? I hope countries will come to an agreement on a waiver not just for vaccines, but for diagnostics and therapeutics as well,” he said.

• A study published in the journal Science found that people who were infected with COVID during the fist wave of the pandemic do not get a boost to their immune response if they go on to become infected with the omicron variant. The study involved people who had had three vaccine shots and also found that an omicron infection offers little extra protection against catching that variant again, as the Guardian reported. The findings may help to explain why reinfections with omicron over a short time period have been so frequent, the paper reported.

• A famous Hong Kong floating restaurant that fed Cantonese cuisine and seafood to Queen Elizabeth II, Tom Cruise and millions of other diners was towed from the Hong Kong harbor front Tuesday after being closed by the pandemic, the AP reported. The parent company of Jumbo Floating Restaurant couldn’t find a new owner and lacked funds to maintain it after months of COVID-19 restrictions.

• Officials in the Chinese province of Henan are alleged to be restricting the movement of some residents using a COVID app, following rare protests, BBC News reported. People say they are being forced to quarantine, blocked from public transport or from entering buildings. Most appear to be customers of four rural banks that had run into issues providing cash withdrawals, according to local media outlets. The banks froze deposits, prompting angry demonstrations last month. China’s banking and insurance regulator has since ordered an investigation into the banks. More than 39 billion yuan ($6 billion) is believed to have been frozen, affecting hundreds of thousands of customers.

• As the BA.4 and BA.5 omicron subvariants continue to spread more quickly in Europe, the EU’s Centre for Disease Prevention and Control is warning that they could lead to a rise in hospitalizations and deaths, Reuters reported. In countries where the proportion has risen — such as Portugal, where BA.5 accounted for 87% of cases by May 30 — there have been surges in overall cases. “The growth advantage reported for BA.4 and BA.5 suggest that these variants will become dominant,” the ECDC said in a statement on its website.

The global tally of confirmed cases of COVID-19 topped 536.7 million on Wednesday, while the death toll rose above 6.31 million, according to data aggregated by Johns Hopkins University.

The Centers for Disease Control and Prevention’s tracker shows that 221.7 million people living in the U.S. are fully vaccinated, equal to 66.8% of the total population. But just 104.5 million have had a first booster, equal to 47.1% of the vaccinated population.

Just 15.8 million of the people aged 50 and over who are eligible for a second booster have had one, equal to 25% of those who had a first booster.