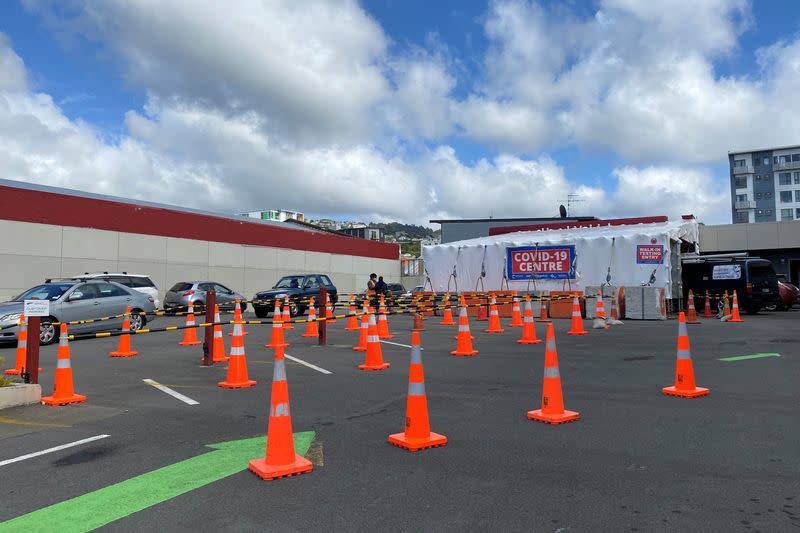 WELLINGTON (Reuters) – New Zealand’s government said on Wednesday new COVID-19 cases were trending down and it looked likely the country would avoid a feared worst-case scenario of 20,000 infections daily.

In the last seven days there were on average 8,111 new cases daily of COVID, down from a seven-day rolling average of 9,367 new cases in the week prior, according to Health Ministry data released on Wednesday. Currently 808 people were in hospital with COVID, which was also a lower number than earlier, data showed.

Ashley Bloomfield, director general of health, said case rates were trending down and this shift was supported by waste-water testing and a fall in the number of people testing positive on arrival at hospital.

“What is apparent is that the worst-case scenario that our modellers had suggested a couple of weeks ago with up to 1,200 beds occupied and over 20,000 cases a day is now highly unlikely. And I’m sure we’re all relieved to see this,” said Bloomfield.

The Omicron BA.5 sub-variant is driving the current wave in New Zealand, which has 5.1 million people. There have been 56,750 active cases in the past seven days, although authorities say many infections are unreported.

Once regarded as a model for preventing COVID infection, New Zealand’s swift response to the pandemic and its geographic isolation kept it largely free from the virus until the end of last year.

New Zealand has recorded a total of about 1.6 million infections in total and 1,427 deaths, according to the latest data. The deaths are roughly a third lower than previous numbers as the ministry had changed how it classifies virus-related fatalities.

Under the new classification, deaths will be recorded as COVID-related if they are attributable to the virus, rather than a death within 28 days of testing positive for the virus.

New Zealand closed its border in early 2020 as the coronavirus was spreading around the world and imposed lockdowns and strict social distancing to keep its infection low.

It began re-opening its border in February and will lift the last restrictions at the end of this month.

The news conference was Bloomfield’s last in this role. The director general, who has led New Zealand’s response to COVID, steps down from his post on Friday.