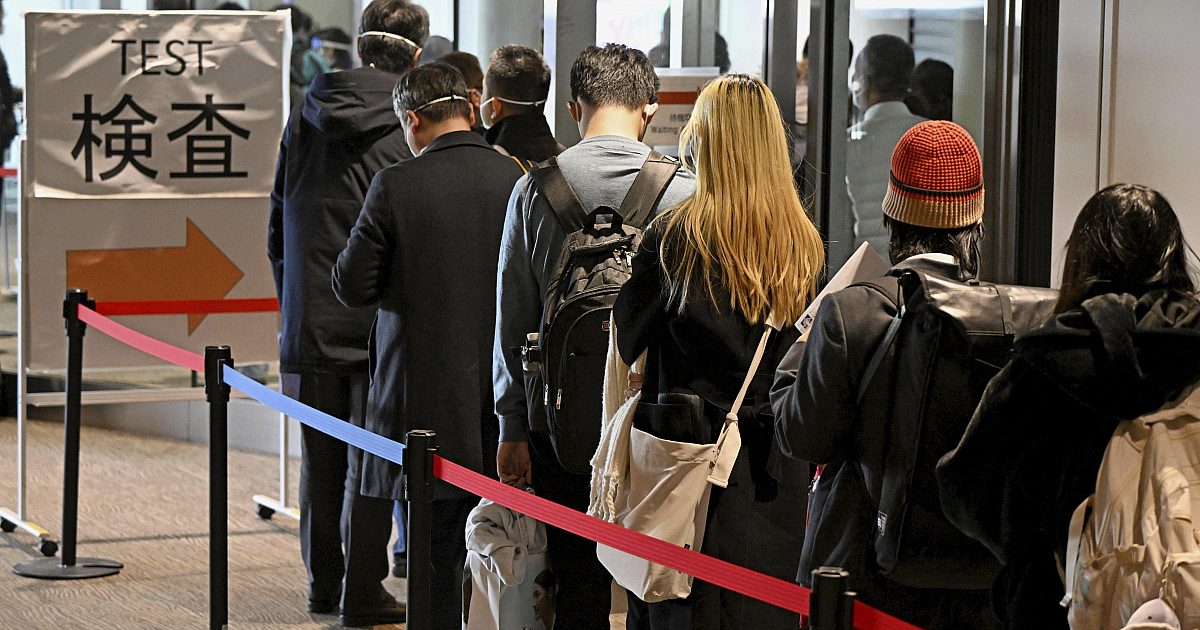 When he arrived at the Tokyo airport from the United States on Wednesday, Richard Anderson noticed that travelers from China were separated from the rest. They also had to fill out different forms. Had he been in China the previous 10 days, he would have had to join them.

Japan is among more than 10 countries in Asia, North America, and Europe that have imposed COVID-19 testing requirements on Chinese travelers since China dropped its “zero-COVID” policy of nearly three years. The country removed quarantines and other restrictions for international travelers on Sunday.

While China has recorded only 37 COVID-19-related deaths since last month among its 1.4 billion residents, satellite imagery of funeral homes suggests the actual toll is “far higher,” The Washington Post reported. China only counts COVID-19 deaths if they are associated with respiratory failure, a definition the World Health Organization finds “too narrow,” which likely underrepresents the outbreak.

Anderson, an American who lives in Beijing (WORLD is not using his real name due to possible reprisals from the Chinese government), said almost all his middle-aged Chinese friends contracted COVID-19 within weeks, having symptoms no more serious than a fever and sore throat. In Henan, China’s third most populous province, nearly 90 percent of its residents have been infected.

Carol Liu (also not her real name), a resident of Yunnan province, said nearly all her friends in their early 30s have already caught COVID-19. Some of them still have brain fog and fatigue. But her friend’s friend knows about 10 families who have lost at least one elderly relative to the disease.

As infections soar, hospitals become overwhelmed. China faces a “major public health threat,” according to Ben Cowling, an epidemiology professor at the University of Hong Kong. New variants could also emerge from China. But David Owens, a family medicine doctor with Hong Kong–based OT&P Healthcare, believes the current “huge wave” will “burn through quickly and accelerate the return to normal within the mainland.”

As for countries imposing requirements on Chinese travelers, the measures are “performative” and ineffective in preventing transmissions, tweeted Christina Pagel, an operational research professor at University College London. She wrote that variations can spread beyond borders and “emerge anywhere,” including within the countries implementing those restrictions. Bucking the trend to impose travel restrictions on Chinese citizens, New Zealand’s health officials say they pose a “minimal public health risk.”

Meanwhile, China has retaliated against Japan and South Korea by suspending new visas for their citizens.

Residents of China have already begun traveling ahead of the Chinese New Year on Jan. 22. About 2.9 billion people are expected to travel by Feb. 15, the end of the 40-day travel period, reported state media. The influx of travelers—domestic and international—could further fuel COVID-19 transmissions.

Still, Anderson and Liu think it’s good for China to reopen. Chinese citizens watching the recent World Cup matches saw the rest of the world return to normal and grew increasingly frustrated with their own country’s strict pandemic measures. Liu also recalled the toll the frequent lockdowns had taken on residents and noted that some became suicidal.

Referring to the “zero-COVID” policy, she said, “I don’t think people could’ve dealt with it much longer.”