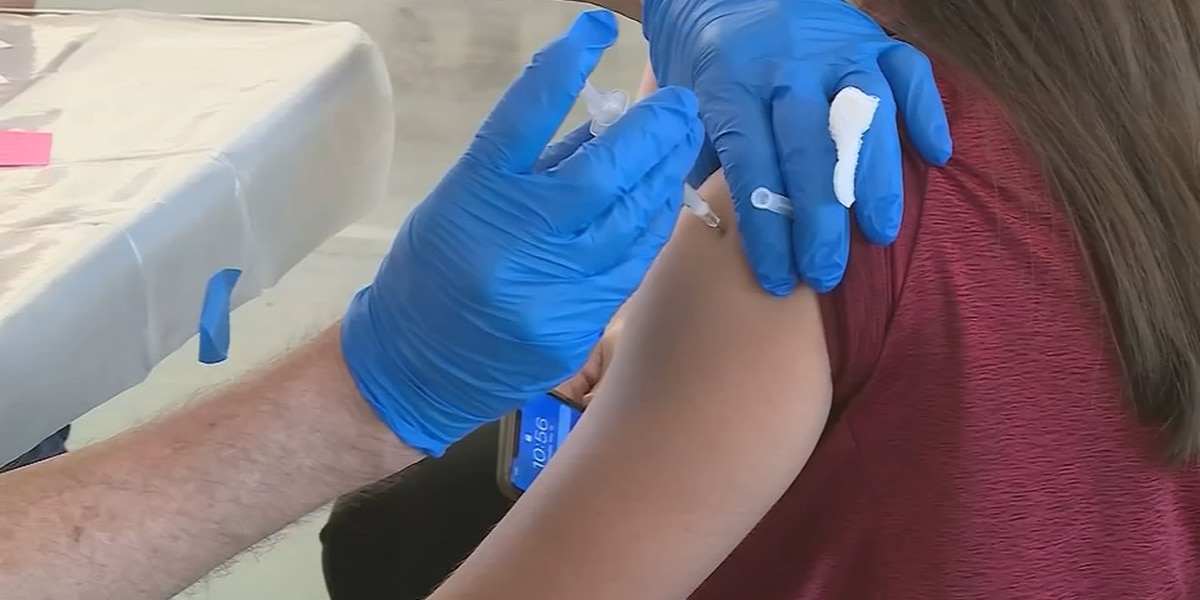 MID-MICHGAN (WNEM) – Child vaccination rates dipped into dangerous territory during the first year of the COVID-19 pandemic when schools were closed and most doctors were only seeing emergency patients, but those numbers have dipped again.

Local physicians are saying that getting vaccination shots is essential for children’s health.

Child vaccination rates have dropped dangerously low. According to the CDC, vaccinations for kids dropped to 94 percent during the 2020-2021 school year due to the pandemic.

However, rates have dropped again, falling to 93 percent during the last academic year.

“I’ve seen that same data, and it looks like a small dip, and our goal with vaccinations in the population, particularly in kids, is to be above 95 percent,” said Mukkamala. “And what that does is it gives people that term we’ve heard about, and it’s called herd immunity.”

Herd immunity is when a large portion of a community becomes immune to a disease, lessening the likelihood of it infecting more people and causing an outbreak.

Health experts are saying that fear and misinformation during the pandemic around the COVID-19 vaccine may have spilled over into other areas.

“That doubt can spill over into vaccines even though they’re totally different and even though that was something 98 percent of people were getting,” Mukkamala said. “They might just sort of lump the two together and cast doubt on something they got for their first kid five years ago, but now the second kid, there’s that element of doubt.”

Experts are also pointing to the lack of enforcement within some schools as another contributor.

As a result, some states are seeing breakouts like measles in Ohio and polio in New York.

“Of those kids, the majority of them ended up sick enough that they ended up needing hospitalization,” Mukkamala said.

Doctors encourage parents to keep up with their children’s vaccines, keeping in mind that some kids have underlying conditions.