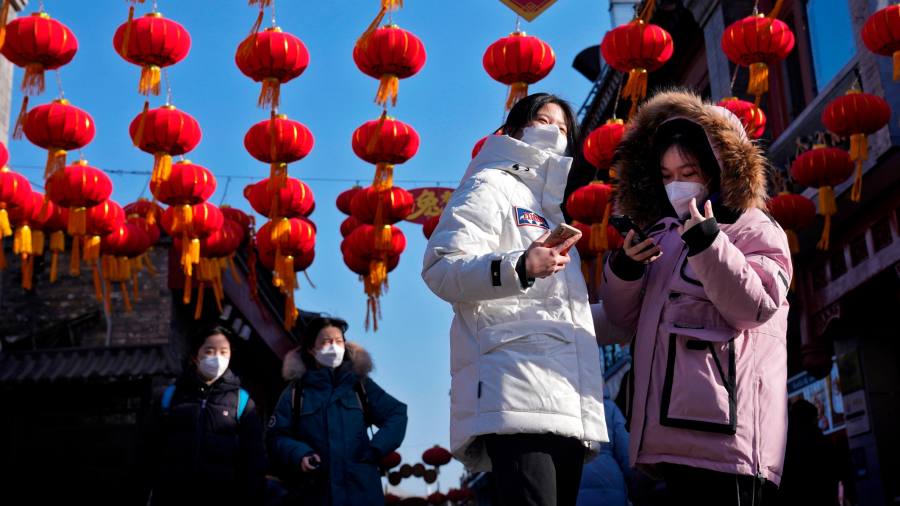 China’s economy grew by just 3 per cent in 2022, underscoring the heavy economic costs of the government’s longstanding zero-Covid strategy before it was abruptly abandoned last month.

The country’s gross domestic product figures missed Beijing’s official growth target, which at 5.5 per cent was already the lowest in decades. Other than in 2020 at the beginning of the pandemic, when full-year GDP expanded 2.2 per cent, growth was the weakest since 1976.

Although China’s economy is expected to recover this year as it reopens to the world, Tuesday’s data highlighted the scale of the challenge that President Xi Jinping faces after GDP growth was subordinated to a vast anti-pandemic policy apparatus for three years.

In the fourth quarter, GDP rose 2.9 per cent year on year and was flat compared with the third quarter. Late last year, the government tightened Covid-19 restrictions in response to multiple urban outbreaks and then suddenly eased them, allowing the virus to sweep across the population uninhibited for the first time.

Economists expect growth to rebound this year compared with 2022, but policymakers face a host of challenges including Covid, a property crisis that has dragged home prices lower for much of the past year and a slump in exports as the global economy slows.

“The Chinese economy is at a pivotal point, with disruptions from the protracted zero-Covid policy and its abrupt reversal likely to give way to a resurgence of at least moderate growth by Chinese standards,” said Eswar Prasad, a China finance expert at Cornell University. “Growth momentum coming out of this difficult period will depend on how much and what kind of stimulus the government employs to put the economy back on track.”