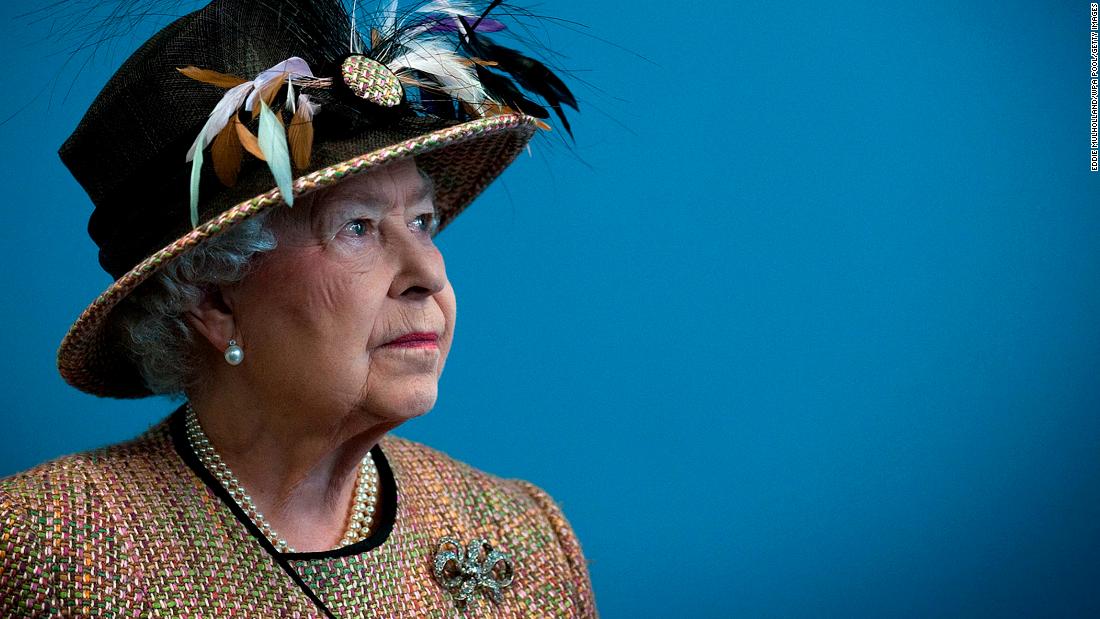 Here’s what else you need to know to Get Up to Speed and On with Your Day.
(You can get “5 Things You Need to Know Today” delivered to your inbox daily. Sign up here.)

Queen Elizabeth II, the longest-reigning British monarch whose rule spanned seven decades, died on Thursday at the age of 96, Buckingham Palace announced. Her death marks the end of an era for the United Kingdom, with most Brits having known no other monarch in their lifetimes. The Queen’s oldest son Charles — now King Charles III — has ascended to the throne and is expected to address the nation today. The coming hours and days will see a series of carefully choreographed events to honor the Queen’s life and guide the transition ahead, but her passing leaves a void for the UK at a time of steep change in political leadership and a looming economic recession.

Two tropical storms are moving toward the East and West Coasts of the US today, with each packing forceful winds that could create a slew of different challenges for millions of people. In California, residents are bracing for Tropical Storm Kay, which could bring a year’s worth of rain in the coming hours. This has triggered flood concerns in parts of southern California, where damaging winds are already threatening to extend a brutal heat wave that’s fueled raging wildfires. Kay is weakening, but the storm is not expected to turn away from the West Coast until Saturday night. On the East Coast, dangerous rip currents are expected at beaches this weekend as Hurricane Earl churns in the Atlantic near Bermuda. Forecasts from the National Hurricane Center show Earl has already whipped up sustained winds close to 90 mph with even higher gusts.

The mayor of Washington, DC, declared a public health emergency on Thursday in response to the thousands of migrants arriving in the nation’s capital by bus from Texas and Arizona. Texas Republican Gov. Greg Abbott started busing migrants to Washington in April to protest the Biden administration’s immigration policies. Abbott and Arizona Gov. Doug Ducey, another Republican, so far have sent hundreds of buses to DC, and neither has expressed any intention of stopping. Texas has sent more than 7,900 migrants to DC and more than 2,200 migrants to New York City. Arizona, which is only sending buses to DC, has sent 1,677 migrants.

The Justice Department has appealed a court-ordered special master review of the materials seized by the FBI during its search of Mar-a-Lago. The DOJ has argued the order for a special master — or third party attorney — has put US national security at risk by halting access to the classified documents seized during the search of former President Donald Trump’s Florida residence. They also argue the order impedes them from conducting “an effective national security risk assessment,” the DOJ wrote in its appeal. Now, the judge ordered Trump’s lawyers to confer with the Justice Department and prepare a joint filing explaining their views on who should serve as the special master. The deadline for this court filing is later tonight.

Ukrainian President Volodymyr Zelensky claims his country’s military retook a key city from Russia and has liberated at least 20 settlements in its ongoing counteroffensive. As the Ukrainian military continues to press on, officials say Russian forces in the Kharkiv region have suffered significant losses — leading some soldiers to desert and abandon their uniforms, hoping to blend in while wearing civilian clothing. Separately, US Secretary of State Antony Blinken made an unannounced trip to Ukraine Thursday. He said the effort to regain control of Russian-held areas of the country was “proving effective” and also announced the US intends to provide an additional $2.2 billion in investments to bolster the security of Ukraine and other countries in the region.

James Corden says he stole from President Biden’s bathroom
Many people who visit the White House are tempted to swipe a memento, but very few admit it. James Corden, on the other hand, told the entire world in this hilarious confession.
Kellogg’s wants you to add water to its new cereal
Yes, cereal-ously.
Here’s who will be on season 31 of ‘Dancing with the Stars’
The star-studded cast includes a platinum recording artist, a Real Housewife, a Bachelorette and an accomplished actress with multiple sclerosis.
Football jargon to help you sound smart about the NFL
Do you ever find yourself watching a game and think: “What on earth is going on?” If so, this glossary of terms is for you.
Luxury fashion houses are funneling millions into the metaverse
Some people are spending big bucks on their digital wardrobes in the metaverse — and luxury labels want a slice of the market.
Which of the following US airports has been the worst for delays and cancellations this summer?
A. Dallas Love Field Airport
B. Chicago Midway International Airport
C. Denver International Airport
D. Charlotte Douglas International Airport
Take CNN’s weekly news quiz here to see if you’re correct!

Former CNN anchor Bernard Shaw died Wednesday of pneumonia unrelated to Covid-19, Shaw’s family announced in a statement Thursday. He was 82. Shaw was CNN’s first chief anchor and was with the network when it launched on June 1, 1980. He retired from CNN after more than 20 years on February 28, 2001. During his storied career, Shaw reported on some of the biggest stories of that time — including the student revolt in Tiananmen Square in May 1989, the first Gulf War live from Baghdad in 1991, and the 2000 presidential election.

That will be the starting price of Chevrolet’s Equinox EV, making it among the cheapest electric vehicles on the market. The Equinox EV is slated to arrive in the coming months, General Motors said Thursday.

“As long as nuclear weapons exist on Earth, and imperialism and the anti-North Korean maneuvers of the US and its followers remain, our road to strengthening our nuclear force will never end.”
— North Korean leader Kim Jong Un, on passing a new law declaring his country a nuclear weapons state. Kim vowed North Korea would “never give up” its nuclear weapons and said there could be no negotiations on denuclearization as he hailed the passage of the law, state media reported today. This comes as Kim has made increasingly provocative threats of nuclear conflict toward the US and its allies in Asia in recent months.

High-rise hedges
Take a look at these gigantic hedges in the United Kingdom. Some have been around for hundreds of years and take weeks to trim. (Click here to view)
Facebook
Twitter
Pinterest
LinkedIn
Email
Tags: Public Health