The Perfect Enemy | Will Covid Boosters Prevent Another Wave? Scientists Aren’t So Sure.
Skip to content
December 1, 2022
Read Time:9 Minute 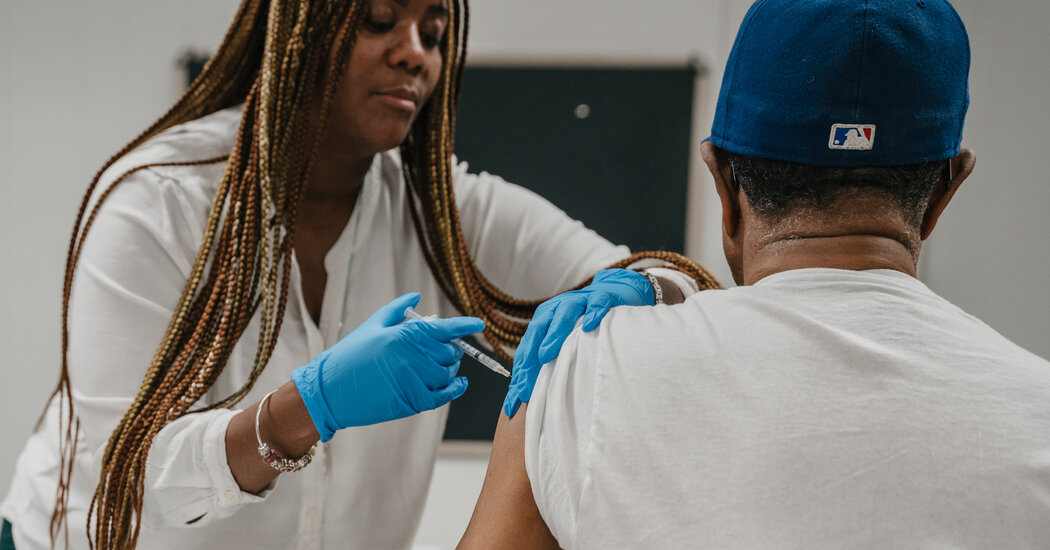 The shots may help older, pregnant and immunocompromised Americans dodge serious illness or death. But the doses are not likely to prevent infections in any group, recent studies suggest.

As winter looms and Americans increasingly gather indoors without masks or social distancing, a medley of new coronavirus variants is seeding a rise in cases and hospitalizations in counties across the nation.

The Biden administration’s plan for preventing a national surge depends heavily on persuading Americans to get updated booster shots of the Pfizer-BioNTech and Moderna vaccines. Now some scientists are raising doubts about this strategy.

Older adults, immunocompromised people and pregnant women should get the booster shots, because they offer extra protection against severe disease and death, said John Moore, a virologist at Weill Cornell Medicine in New York.

But the picture is less clear for healthy Americans who are middle-aged and younger. They are rarely at risk of severe illness or death from Covid, and at this point most have built immunity through multiple vaccine doses, infections or both.

The newer variants, called BQ.1 and BQ.1.1, are spreading quickly, and boosters seem to do little to prevent infections with these viruses, as they are excellent evaders of immunity.

“If you’re at medical risk, you should get boosted, or if you’re at psychological risk and worrying yourself to death, go and get boosted,” Dr. Moore said. “But don’t believe that will give you some kind of amazing protection against infection, and then go out and party like there’s no tomorrow.”

The most recent boosters are “bivalent,” targeting both the original version of the coronavirus and the Omicron variants circulating earlier this year, BA.4 and BA.5. Only about 12 percent of adults have opted for the latest shot.

In an interview, Dr. Peter Marks, the Food and Drug Administration’s top vaccine regulator, acknowledged the limitations of the available data on the updated boosters.

“It’s true, we’re not sure how well these vaccines will do yet against preventing symptomatic disease,” he said, particularly as the newer variants spread.

But, Dr. Marks added, “even modest improvements in vaccine response to the bivalent boosters could have important positive consequences on public health. Given the downside is pretty low here, I think the answer is we really advocate people going out and consider getting that booster.”

Diminishing returns from tinkering with the Pfizer-BioNTech and Moderna vaccines call for a new approach to protecting Americans altogether, Dr. Moore and other experts said. A universal vaccine that targets parts of the coronavirus that do not mutate would be ideal, for example. A nasal vaccine might be better at preventing infections than an injected one.

“Chasing variants by tweaking the mRNA vaccines is not a sustainable strategy,” Dr. Moore said. “There’s a need for better vaccine designs, but that needs a change of attitude at the government level.”

Recently, Pfizer-BioNTech and Moderna reported that their bivalent shots yielded antibody levels in study participants that were four to six times higher than those produced by the original vaccine.

But the companies were measuring antibodies against BA.4 and BA.5, not the rapidly accelerating BQ.1 and BQ.1.1 variants. A spate of preliminary research suggests that the updated boosters, introduced in September, are only marginally better than the original vaccines at protecting against the newer variants — if at all.

The studies are small, based on laboratory tests, and have not yet been vetted for publication in a scientific journal. But results from several teams generally agree.

“It’s not likely that any of the vaccines or boosters, no matter how many you get, will provide substantial and sustained protection against acquisition of infection,” said Dr. Dan Barouch, head of Beth Israel Deaconess’ Center for Virology and Vaccine Research, who helped develop the J.&J. vaccine.

Designing a vaccine for an evolving virus is a formidable challenge. Pfizer, Moderna and federal regulators had to choose which coronavirus variants to target earlier this year, so enough vaccine could be manufactured by the fall.

But BA.4 has all but disappeared. BA.5 now accounts for less than 30 percent of cases and is swiftly receding. BQ.1, on the other hand, has sent numbers soaring in Europe. That virus and its close relative, BQ.1.1, now account for 44 percent of coronavirus infections in the United States.

In recent research, Dr. Barouch’s team found that BQ.1.1 is roughly seven times as resistant to the body’s immune defenses as BA.5, and 175 times more so than the original coronavirus. “It has the most striking immune escape, and it’s also growing the most rapidly,” he said. BQ.1 is expected to behave similarly.

By now, most Americans have some degree of immunity to the coronavirus, and it does not surprise scientists that the variant that best evades the body’s immune response is likely to outrun its rivals.

The new bivalent booster increases antibody levels, as any booster would be expected to do.

But the fact that the dose is bivalent may not mean much. In August, a modeling study by immunologists in Australia suggested that any booster at all would confer additional protection, but that a variant-specific shot was unlikely to be more effective than the original vaccine.

“The bulk of the benefit is from the provision of a booster dose, irrespective of whether it is a monovalent or bivalent vaccine,” the World Health Organization cautioned last month.

Studies have shown that most of the antibodies elicited by a vaccine targeting BA.5, for example, still recognize only the original virus.

That’s because of a phenomenon called “immune imprinting,” in which the body preferentially repeats its immune response to the first variant it encountered, despite being alerted to a newer variant.

“It’s easier for the immune system to go back to something that it has already seen,” said Florian Krammer, an immunologist at the Icahn School of Medicine at Mount Sinai in New York. (Dr. Krammer has served as a consultant for Pfizer.)

Some experts have suggested that the booster shots should have been “monovalent,” simply targeting the recent variants. Instead, the manufacturers effectively halved the crucial Omicron-specific component of the new booster, undermining the shot’s effectiveness, they said.

But Dr. Krammer was more sanguine about the boosters overall, despite recent research. The new studies looked at the immune response soon after vaccination, and the response may improve over time, he said.

“We will see with larger studies and studies at a later time point if there is a good or a significant benefit, but I think it’s certainly not worse,” he added. “I don’t see much risk when you get the vaccine, so you might as well get the benefit.”

There may be ways to circumvent immune imprinting — perhaps with a second dose of a bivalent vaccine that builds on the immune response after the first, much as the second dose of the initial vaccine series cemented protection.

“What we need to do right now to get us through the next few months when I think we are in yet another wave of incipient wave of Covid,” Dr. Marks said. “And then we need to look forward, and lean into how we’re going to do things differently moving forward.”

The F.D.A. authorized the boosters for use at least two months after a previous dose or infection. But boosting again so soon may backfire, some studies suggest. Lengthening the interval between boosts to five or six months may be more effective, giving the immune system more time to refine its response.

Whatever the timing, adding yet another shot to the regimen seems unlikely to motivate Americans to opt for the immunization.

“Each new booster we roll out is going to have a lower and lower uptake, and we’re already pretty close to the floor,” said Gretchen Chapman, an expert in health behavior at Carnegie Mellon University in Pittsburgh.

The Biden administration may have no choice but to promote boosters given the lifting of other precautions, Dr. Chapman said. But most people make decisions based on what others in their social network do, or what their political and community leaders recommend, not on esoteric scientific data, she noted.

“We should not spend a lot of political capital trying to get people to get this bivalent booster, because the benefits are limited,” she added. “It’s more important to get folks who never got the initial vaccine series vaccinated than to get people like me to get their fifth shot.”

The Biden administration may have better luck persuading people to get boosters if other vaccines, such as Novavax or J.&J., were available for that purpose, she added. That may be particularly true for people who have hesitated to get a booster shot because they have had a strong reaction to an mRNA vaccine.

Even from a scientific perspective, it may make more sense to diversify the body’s antibody response with different vaccines than to continue to roll out versions of the mRNA vaccines, some experts said.

Dr. Marks said the F.D.A. may recommend Novavax as a second booster after reviewing the data. Until then, that vaccine is authorized only as a first booster for people who are unwilling to, or cannot, get an mRNA vaccine.

That rule “is completely ridiculous,” Dr. Moore said. “If the F.D.A.’s goal is to increase vaccine uptake and boost immunity in the American population, why is it putting restrictions like this?”