The Perfect Enemy | Why Biden’s bet on a rapid economic rebound may have backfired
Skip to content
July 1, 2022
Read Time:6 Minute 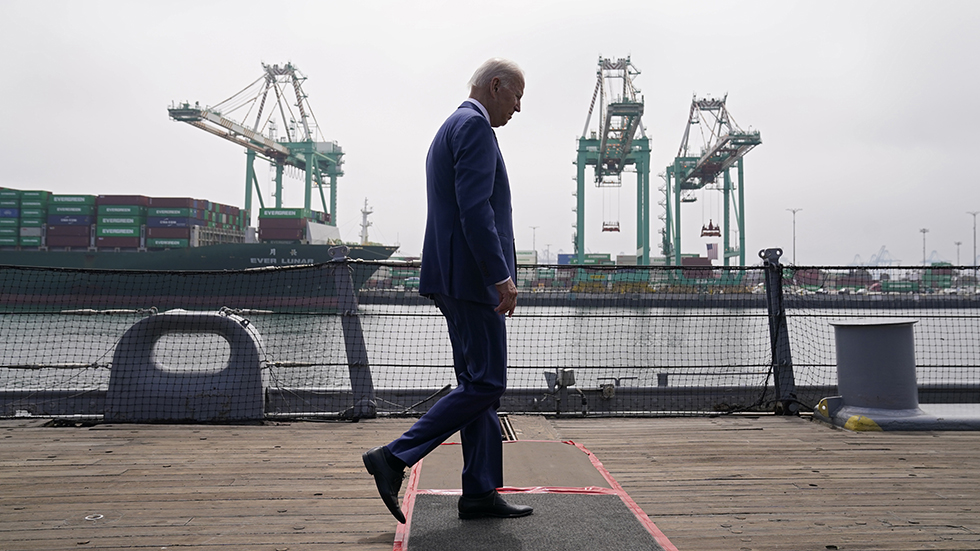 President Biden’s bet on a rapid rebound from the coronavirus recession may have backfired.

The president and his top economic officials rallied Democrats around a $1.9 trillion stimulus bill in March 2021, urging Congress not to repeat the mistakes of the Great Recession and cut off support for the economy too soon. The bill was also Biden’s way of delivering on the promise made during the pivotal Georgia Senate runoffs, which gave his party a slim Senate majority: elect Democrats and get another round of stimulus checks.

Just more than a year after Biden signed the bill, U.S. unemployment rate is nearly at pre-pandemic levels, the economy has added more than 10 million jobs and gross domestic product is well above where it was when COVID-19 shattered the economy. By those measures alone, the recovery under his watch was far stronger than the slow trudge out of the Great Recession.

But despite the rapid rebound, Biden’s approval rating is at all-time lows as Americans feel the brunt of high inflation — a risk few within and beyond the administration took seriously when he signed the American Rescue Plan (ARP).

Consumer prices rose 1 percent in May alone and by 8.6 percent over the past 12 months, according to data released Friday by the Labor Department. Prices for food, gasoline, shelter and travel led the May inflation burst, giving Americans few ways to avoid higher prices.

“The Fed and the White House were trying to avoid the kind of long slog, decade-long recovery that there was after the Great Recession,” said Skanda Amarnath, executive director at research nonprofit Employ America.

“For some people, there was a certain complacency about inflation as a possibility. That’s probably true too. But that was viewed as a much more remote tail risk.”

It’s a risk voters are feeling. Eighty-five percent of voters said they think inflation is a very serious or somewhat serious problem, according to an Economist-YouGov poll from earlier this month. In the same, poll, 44 percent of respondents said Biden has “a lot” of responsibility for the inflation rate, and 31 percent said he has “some.”

Top Biden administration and Fed officials — along with dozens of economists — expected inflation to cool off last year as the world adjusted to life after COVID-19. Vaccination campaigns, reopening schools and a shift in spending from goods to services all figured to bring prices down and workers back into the job market.

But COVID-19 adjusted quicker. The emergence of the delta and omicron variants didn’t curb consumer spending or cost the economy jobs. Instead, it shifted a glut of saved-up money toward goods, which had been in high demand since the start of the pandemic, instead of services.

The new variants also led to factory shutdowns, port backlogs and other pandemic-related snarls, making it even harder for manufacturers and suppliers to meet higher demand powered in part by federal stimulus.

“Inflation wasn’t transitory because COVID was not transitory. Parts of China are still locked down. We’re not even through the COVID shock,” said Claudia Sahm, a former Federal Reserve research director.

And while some of those pressures have begun to ease, the war in Ukraine has pushed inflation even higher with severe shocks to the global supply of oil, natural gas, wheat and other crucial commodities.

“There were people at the time who said given the gap, given how many people we have out of work, the American Rescue Plan is more than enough. That seems it could be especially true if you counted the excess savings as energy stored in the battery that could be used to get the economy rolling,” said Alan Cole, former chief economist for Republicans on the Joint Economic Committee.

“The U.S. has had higher inflation generally than most advanced economies, and I don’t think anyone’s saying the ARP created all of it — or if they are, they are not telling the truth. But the ARP kind of contributed more at the margins.”

Republican lawmakers, who voted in unison against the American Rescue Plan, have claimed vindication after warning Biden’s bill would trigger an inflation spiral. GOP lawmakers have centered their midterm campaign message — including their response to the Capitol riot investigation — around Biden’s failure to keep prices stable as the economy expanded.

“Why aren’t Democrats holding primetime hearings about these crises impacting the American people?”

Stefanik’s barb came two days after Treasury Secretary Janet Yellen admitted to lawmakers during House and Senate hearings that the administration misjudged inflation and likely spurred it higher through the stimulus plan. Yellen defended the American Rescue Plan’s role in spurring the economy, though she acknowledged how critical it would be for the administration to balance out its impact on the economy.

Most economists say it’s hard to blame the White House for trying to repair the economy as quickly as possible. Even former Treasury Secretary Larry Summers, the top Democratic critic of Biden’s economic policy, spurned the stimulus package because he believed the money would be better spent on the president’s broader Build Back Better agenda. That bill has fallen by the wayside amid concerns from Sen. Joe Manchin (D-W.Va.) about its potential impact on inflation.

Even so, experts agree there is far more Biden could do to try to bring prices down.

In a fiery Friday speech, Biden blasted Big Oil companies for reeling in record profits instead of expanding production with gas prices above $5 per gallon on average nationwide.

But Amarnath, of Employ America, said Biden should work with the industry to increase output through agreements to purchase oil for the Strategic Petroleum Reserve at set prices, giving them cover if market prices for oil go down amid the glut of products. Amarnath also said the U.S. government should deploy the Treasury Department’s exchange stabilization fund to help keep prices down for crucial commodities hindered by the war in Ukraine, sanctions on Russia and Chinese lockdowns.

“Having some individualized attention on these markets would help, but you’d have to really do that systematically ahead of time. That takes a lot of work and that kind of work, just to be blunt, doesn’t happen anywhere within the government.”

Sahm, the former Fed research director, also expressed concerns about Biden’s plan to lean on the Fed to bring down inflation when much of the forces driving prices higher are beyond the bank’s control.

“When the Fed lowers inflation, it does it by reducing people’s ability to spend. It’s not a happy way that we get inflation down,” she continued. “The Fed’s lever is impoverishing people. Hardship in the United States is never equally shared.”