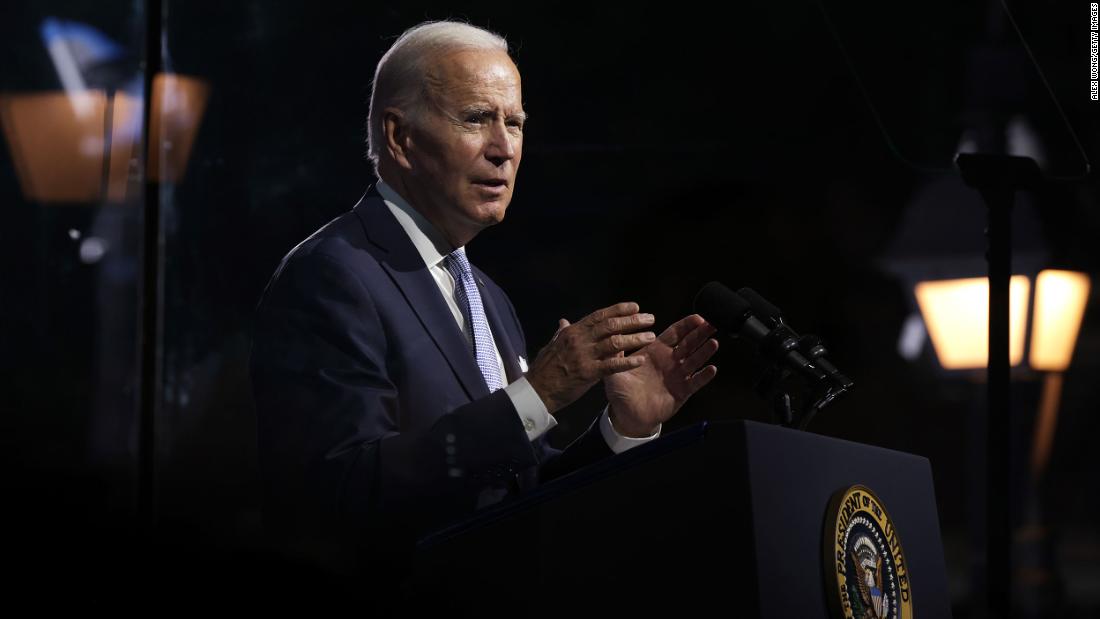 “The pandemic is over. We still have a problem with Covid. We’re still doing a lot of work on it. It’s — but the pandemic is over,” Biden said during an interview with CBS “60 Minutes” that aired Sunday. The comments caught some in the administration by surprise, according to two officials.
A day later, an administration official told CNN that the President’s comments do not mark a change in policy toward the administration’s handling of the virus, and there are no plans to lift the Public Health Emergency, which has been in place since January 2020 and is currently extended through October 13.
Last month, the US Centers for Disease Control and Prevention adjusted its Covid-19 guidance to urge the nation away from measures such as quarantines and social distancing and instead focus on reducing severe disease from Covid-19. But the agency says some people — including those who are older, immunocompromised, have certain disabilities or underlying health conditions — are at higher risk for serious illness and may need to take more precautions.
Officials, including the President, have previously spoken about a new phase for the virus but have specifically said it is not yet over. Biden outlined a transition in the White House’s perspective on the virus in March, saying at the time that Covid is not over, but “no longer controls our lives.”
“Because of the strategy we executed over the past year on vaccinations, testing, treatments, and more, we’re now in a new moment in this pandemic. It does not mean that Covid-19 is over; it means that Covid-19 no longer controls our lives. That’s what it means,” he said at the White House on March 30.
And in April, Biden medical adviser Dr. Anthony Fauci told PBS NewsHour that the US is “certainly, right now, in this country, out of the pandemic phase.”
But the next day, he told CNN that his comments had been mischaracterized by some to mean that the pandemic is over, “which is not what I said.”
“We’re not over the pandemic. Don’t let anybody get the misinterpretation that the pandemic is over, but what we are in is a different phase of the pandemic,” Fauci said. “A phase that’s a transition phase, hopefully headed toward more of a control where you can actually get back to some form of normality without total disruption of society, economically, socially, school-wise, etc.”
Nearly five months later, Biden’s comments that the pandemic is “over” could pose political problems to the administration’s efforts to seek additional funding for Covid-19 response.
The White House sent a supplemental funding request to Congress to include support for Ukraine, the responses to Covid-19 and monkeypox, and natural disaster recovery for the next government funding bill ahead of a September 30 deadline. That included a $22.4 billion request officials say is needed for testing, treatment and vaccines. Congressional negotiators have indicated that Covid-19 funding is unlikely to be included in the funding bill.
The administration is currently taking some steps to move pieces of the pandemic response toward the commercial market, efforts that are likely to be accelerated in the absence of federal funding.