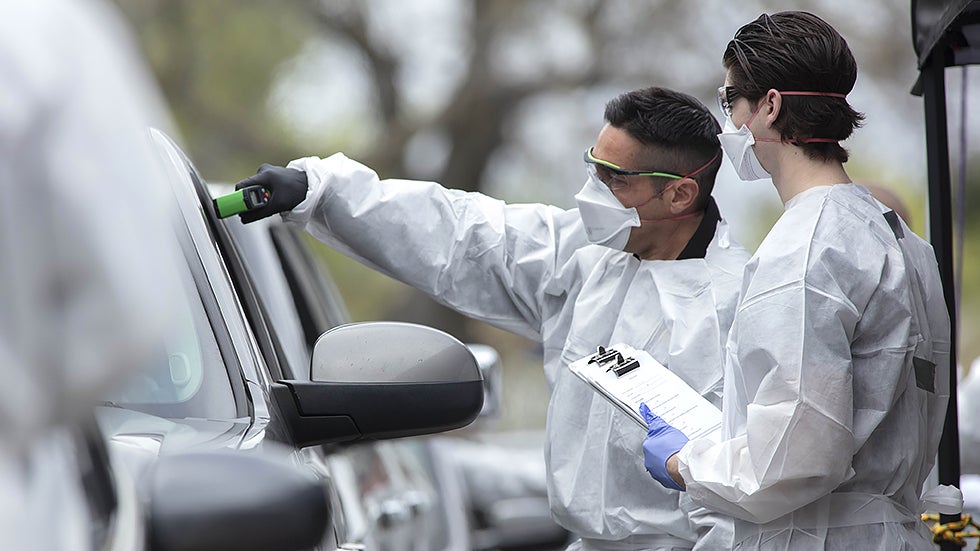 The White House is preparing for as many as 100 million Americans to get infected with COVID-19 during a wave this fall and winter if Congress does not provide new funding for vaccines and tests, a senior administration official said Friday, warning new money is needed to have enough vaccines for everyone.

A senior administration official told a small group of reporters on Friday that the estimate is the median of a range of models from outside experts that the administration consults, meaning it is also possible significantly more Americans catch the virus, especially if there is a major new variant.

That compares with the roughly 130-140 million Americans who are estimated to have been infected over the omicron wave this winter, which led to a significant spike in deaths.

The administration argues the number of cases could be lower if new funding allows for many Americans to get updated vaccines this fall and for testing to be plentiful.

The Biden administration argues the new wave is not a cause for panic, given there are new tools like the highly-effective Pfizer pill known as Paxlovid, as well as vaccinations.

But officials are trying to sound the drumbeat that they need new funding from Congress in order to have those tools available during the wave coming later this year.

Pfizer and Moderna are working on new versions of the vaccine aimed at being more effective against the newer mutations of the virus. The so-called bivalent vaccine would target the omicron variant as well as the original strain.

Those new vaccines are expected to be ready by the fall, but the U.S. will not have enough money to purchase them for all Americans unless Congress provides new funding, the administration says.

The senior administration official said the contingency plan if Congress does not provide new money is to take all funding out of testing, new treatments and vaccine education and outreach, and try to pile it up to have enough to maybe be able buy enough updated vaccines only for the elderly.

Without new money, supplies of Paxlovid are expected to run out by October or November, the official said, meaning if people got the virus in a wave over the holidays the treatment would not be available.

Despite repeated calls from the administration, new COVID-19 funding remains stalled in Congress amid Republican resistance. Republicans are demanding a vote to stop the administration’s lifting of pandemic-era restrictions at the southern border, known as Title 42, which is also politically dicey for Democrats given that some of their moderate members also oppose lifting the measure.

It is possible the COVID-19 funding could get a lift by being attached to new Ukraine aid moving through Congress, but Democratic leaders have not yet made clear if they intend to do that, with the GOP warning against the move.

The White House has asked for $22.5 billion, though lawmakers have eyed a smaller amount, $10 billion, which the parties were able to figure out a way to pay for.

Other countries are also eager to purchase more treatments and updated vaccines, the official said, meaning if the U.S. tries to wait until the fall to buy them, there are unlikely to be supplies available until months later.

A shortage of rapid tests was also a widespread problem over the omicron wave this winter. The official warned Friday that testing companies are now looking to lay off workers and would not have enough supply for a fall wave, unless the government steps in with new funding.