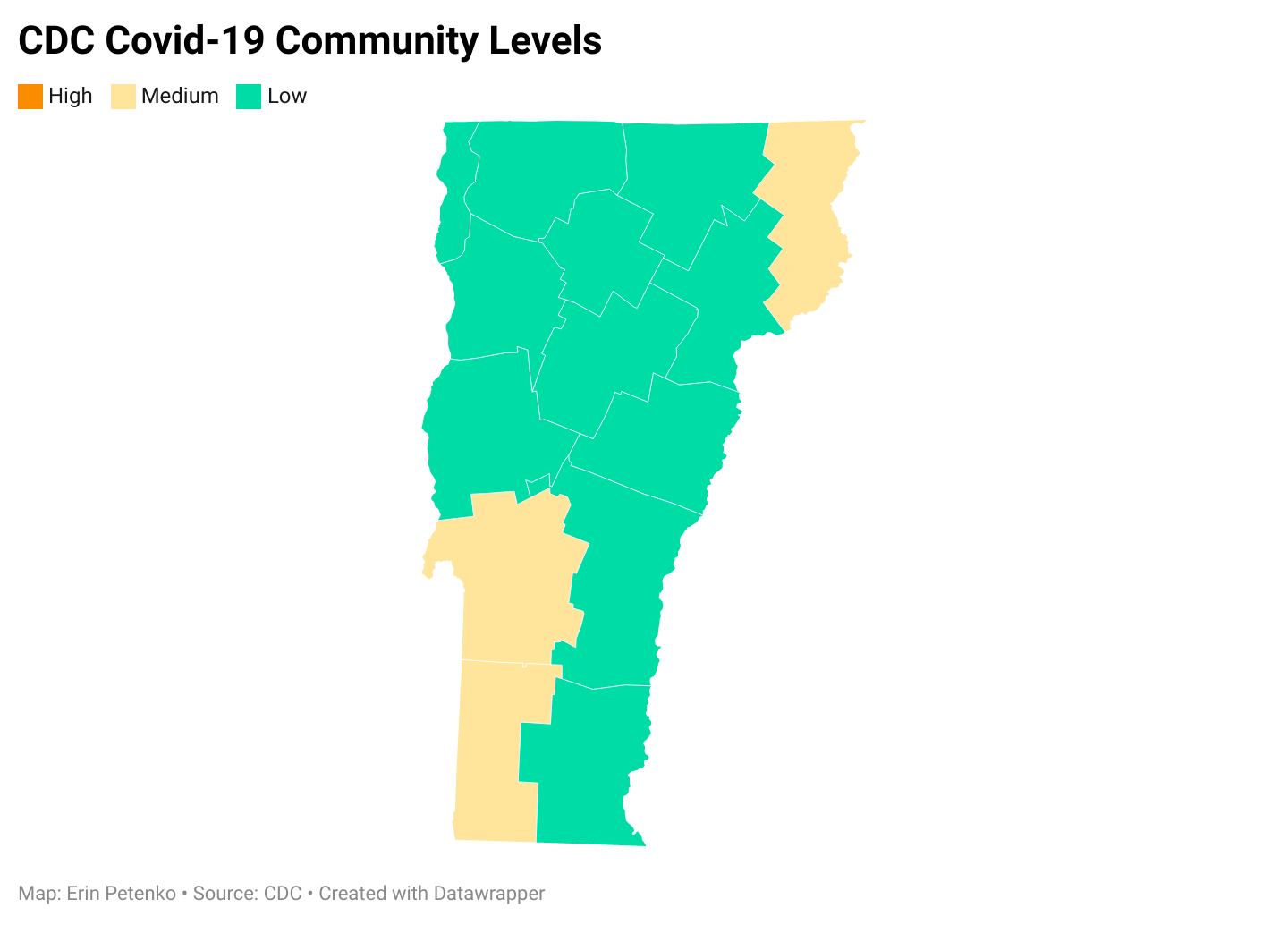 Vermont reported an average of 86 Covid-19 cases in the past week, the lowest seven-day average since the start of the Delta surge last August, according to data from the Department of Health.

Officials have long cautioned that the meaning of Covid case totals has changed since the rise of at-home antigen testing, which is not included in case data. The numbers may be affected even further after the closure of state-run testing sites on Saturday.

But there are other signs of progress in Covid metrics. The average positivity rate has fallen to 6.6%, suggesting that the decline in case numbers is not just because of a decline in tests.

Covid hospitalizations have dropped as well, remaining below 30 patients on Monday and Wednesday, according to the health department. (The department releases hospital data only for Mondays, Wednesdays and Fridays.) New hospital admissions for Covid have also fallen from their peak of about 15 per day in May to about five per day in recent weeks.

The department also reported three additional deaths in the past week, bringing June’s total to 10 so far. That puts June on pace to record far fewer deaths than May’s 32 deaths.

Vermont rates its overall Covid community level as “low,” based on the case rate, hospital admissions and beds occupied by Covid patients, according to the department.

The U.S. Centers for Disease Control and Prevention rates 11 Vermont counties as having “low” community levels, while the other three counties — Rutland, Bennington and Essex — have “medium” levels.

The CDC recommends that high-risk people in medium-level counties take actions to protect their health, such as wearing a mask in public.

Cases have also fallen at the national level, although they remain elevated. Vermont has the 13th-lowest case rate in the nation and the lowest hospitalization rate of any state, according to The New York Times.

Health department data on Vermont’s Covid case demographics shows that cases declined across all age groups last week, except for a slight increase in cases among 50- to 59-year-olds.

The department also released data on cases and hospitalizations by vaccination status, showing that they declined in both groups. However, the health department does not track whether fully vaccinated people are up-to-date on their vaccines, including any recommended booster doses.