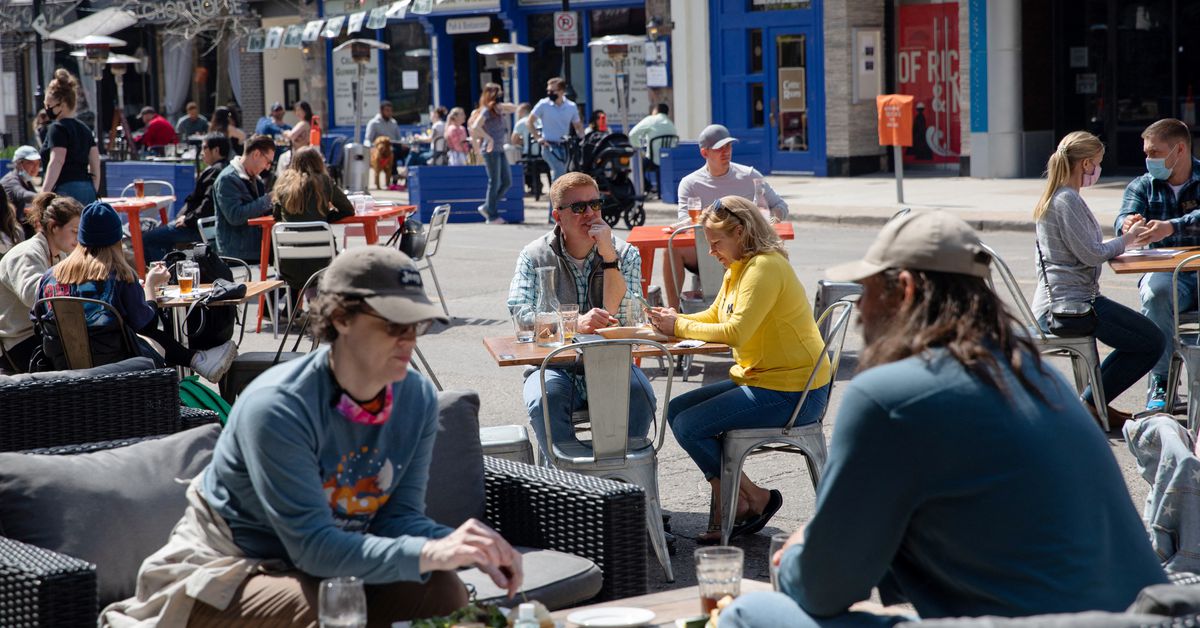 WASHINGTON, Sept 29 (Reuters) – The U.S. economy’s recovery from the COVID-19 pandemic was much stronger than initially thought amid massive fiscal stimulus, according to revisions on Thursday, which also showed the gap between the two measures of growth narrowing sharply in 2021.

Gross domestic product increased 5.9% in 2021, the Commerce Department said in its annual revision of GDP data. That was revised up from the previously reported 5.7% growth.

The economy contracted 2.8% in 2020, revised up from the previously published 3.4% decline.

Spending was boosted by government subsidies to households and businesses as part of a nearly $6 trillion in relief since the pandemic started in the spring of 2020.

GDP, the standard economic growth measure, is the value of goods and services produced in the United States. Economic activity in the nation is also assessed from incomes earned and the costs incurred in the production of GDP, expressed as Gross Domestic Income (GDI).

Revisions showed GDI rebounding 5.5% in 2021, revised down from the previously published 7.3%. GDI contracted 2.3% in 2020 instead of 2.9% as initially estimated. The downward revision in 2021 reflected revisions to several components, including net interest income, private industry wages and salaries, proprietors income as well as corporate profits.

In principle, GDP and GDI should be equal, but in practice differ as they are estimated using different and largely independent source data.

The gap was at -1.0% of GDP in 2020. Last year’s initially reported unusually large statistical discrepancy in part reflected challenges handling the massive subsidies in the national accounts. According to the BEA, the blowout in the GDP/GDI gap had not led to changes in the methodology and there would be no changes in procedures going forward.

“There’s no question that the record level of subsidies related to the pandemic certainly created challenges for harmonizing the story between GDP and GDI,” Dave Wasshausen, chief of the Expenditure and Income Division at the BEA told reporters.

“All the COVID-related special effects tables have been posted. We’ve updated all of those tables and all along the goal has been to strive for transparency so people understand exactly how we’re interpreting those programs and how to book them on the gross domestic income side of the accounts as subsidies or grants or what have you.”

Subsidies were revised down to $478.8 billion in 2021 from the previously reported $490.0 billion. Tax credits to fund paid sick leave and employee retention accounted for the bulk of the revision. The initial projections for subsidies were drawn from Congressional Budget Office and Treasury Department reports.

The revisions were based on actual claims information from the Treasury Department’s Office of Tax Analysis.