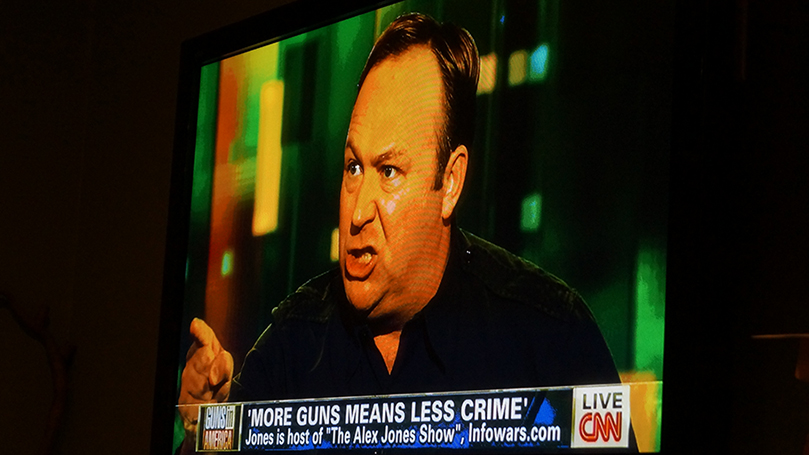 It’s a sweet deal—the gift that keeps on giving. Politicians run around like their hair is on fire yelling “CRIME! CRIME!” and the news outlets and social media trolls pick up on the refrain, ostensibly just covering the news, while breathlessly reporting on “CRIME! CRIME!”

It’s a never-ending feedback loop. Many take the bait, giving politicians their money and giving the news and social media outlets their eyeballs. Everybody wins. Well, everybody but the people. We just end up riddled with fear and anxiety, our rational-thinking skills compromised by the basest animal instinct to fight or flee. Division ensues, and poor decisions are made at the ballot box.

A good example of this is the New York Governor’s race. Incumbent Kathy Hochul was doing just fine until her opponent, Lee Zeldin, began to double down on how horrific the crime problem is in the state, especially in the Big Apple. “Crime Wave Kathy,” as Zeldin dubbed Hochul, is now falling behind, according to recent polling.

If Zeldin wins, he should send thank-you notes to news outlets who took the lead from his campaign and also doubled down on the crime rate. In many ways, this repeats last year’s lead up to the NYC mayoral elections, when front-page reports about a supposed epidemic of rising crime helped real-estate and police institutions stave off a progressive victory in the Democratic primary.

While crime is up in the state, a close look at the statistics indicates the picture isn’t nearly as bad as Zeldin and the media claim. Meanwhile, Zeldin is picking up votes, while the news outlets are cashing in on a panicked public.

The effects of repeated exposure over time to negative messaging are well-researched by both psychologists and communication experts. In communication, George Gerbner started the conversation with his cultivation theory, now one of the core theories of media effects.

Gerbner’s theory started in the 1960s and looked primarily at television viewing, but it can easily be applied to the far more complex media landscape today. Basically, this theory suggests that people regularly exposed to media over time are more likely to view social realities as they are presented in the media they consume. This perception then affects their attitudes and behavior.

Likewise, researchers in psychology find that people regularly exposed to fear-based media messages are more likely to feel their neighborhoods are unsafe, believe the crime rate is rising, overestimate their odds of becoming a victim, and consider the world to be a dangerous place. In short, fear-based messages prey on our anxieties and hold us hostage, resulting in depression.

Our public discourse has devolved into ad hominem public humiliation and lies.

There was a time when we could control our exposure to media by eschewing television news, or being more selective in how we read the newspaper. We could assess a candidate’s value by hearing them debate each other in a civil environment. But today our public discourse has devolved into ad hominem public humiliation and lies. All signs of civility and reasoned, evidenced thinking seem to have disappeared—at least from the trolls on social media, the ratings-hungry local and cable news, and our politicians.

It’s just not that simple

Despite this well-known and well-documented knowledge, we find ourselves in a tsunami of frantic and hysterical cries about how the sky is falling. Our political conversations are littered with language that dehumanizes those who are not white with claims of an epidemic of violent crimes—especially in cities governed primarily by progressives and people of color or women.

In fact, a number of recent studies suggest that while there was a significant rise in murders in the depths of the pandemic, incidents of rape and robbery (except motor vehicle theft) trended downward, and crime rates overall actually fell. Since then, the homicide rate has inched downward, though not reaching pre-2019 rates.

Additionally, there is no data confirming the claim that crime is up primarily in blue cities and states. Some Democratic Party–run cities have much lower crime rates, while in others the rate is higher, and the same goes for Republican-led jurisdictions. Instead, many scholars say the cause of increased murders is more complex than conservative or progressive governance.

There is no logic to the conservative notion that police protests and reform are the cause. Why would law enforcement in “blue” cities cause murders to rise when the incidents of rapes, robberies, burglaries, and larcenies are down? And what about the impact of the COVID-19 pandemic? Or what about the record-breaking sales of firearms—23 million purchases in 2020? We must also consider the relaxation of gun control laws such as “stand your ground.” 30 states have “stand your ground” laws on the books and in another eight states, the courts have removed “duty to retreat” stipulations from the law.

Truth be told, trying to get a clear picture of crime in our country is a daunting task. We’d like to think crime statistics put out by the FBI are reliable. They are not. The FBI’s report is based exclusively on its incident reporting system. This system collects data reported by individual law enforcement agencies, which sounds okay until you see that not every agency collects data on crime. The collection is often assembled using different criteria from city to city and state to state. Some agencies submit numbers which include only city statistics and exclude numbers from surrounding suburbs. Some don’t submit numbers at all.

In short, the data collected in this country is horrible and incomplete, making it impossible to get a clear picture of how impactful and widespread crime really is.

While politicians and news media personalities would be appalled if I were to say they are in this together, they are. Politicians use news to advance their poisonous propaganda, and news outlets use politics to furnish the noxious narrative needed to pump up the ratings and their bottom line. It’s disgusting, really. And it makes it difficult to be anything but cynical about both institutions.

Politicians are supposed to be servants of the people, and news outlets are supposed to be suppliers of the critical information we need to help us make informed decisions about our democracy. It all boils down to two things: opportunism and capitalism. All most politicians seem to worry about is protecting their positions, and most news outlets only worry about protecting their profits. 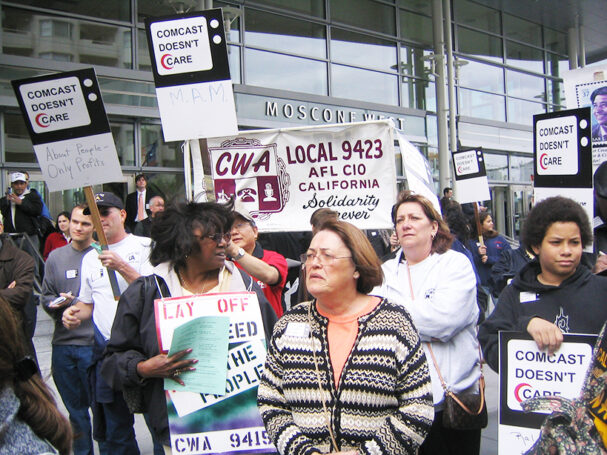 It makes one wonder: What would happen if one of them refused to play? What if journalists stopped taking the easy way out when it comes to informing the public? What if they stopped reporting the panic and dug deeper into the story to examine its credibility and its usefulness? Would their corporate media bosses allow it? And if not, what would it take to hold these media monopolies accountable—or to break them up, or turn them into public entities? What if politicians stopped attacking and started talking about real issues?

Back in the ‘90s, a friend of mine in Austin, Texas, was part of the KVUE news team which launched a daring project. Instead of adhering to the common practice that gave top priority to crime and violence stories (the “if it bleeds, it leads” approach), this team decided to reevaluate their editorial decision-making process. Instead of automatically leading with the latest account of blood and gore, they would cover the story, but they wouldn’t automatically air it. If the story didn’t satisfy at least one of five criteria, it was shelved. The criteria were:

Of course, this meant the news team had to stop and carefully think about the story. It meant taking time and being okay with not being first. It also meant possibly delivering a story that expanded coverage beyond the incident to include the overall impact to the community. The immediate result for the news operation was the reward of high ratings and the satisfaction of knowing they were actually providing careful, rational and helpful information to their viewers—not just scaring them to death.

It is a remarkable example of self-restraint in an industry driven by being first and leading with blood. Unfortunately, these fear-based stories are still what drives the news industry overall because blood and terror bring in the ratings, and high ratings are how an organization makes money. It also drives politics, because playing on our anxieties and encouraging a flight-or-fight reaction yields an emotional response instead of rational examination. That means voters will tend to hunker down in their houses, fearing the harmless and ignoring the harmful.

The consolidation of corporate media is undermining democracy. Hedge funds like Alden Global Capital are scarfing up newspapers, firing reporters, and gutting news departments, all in the name of the bottom line. News media should be a common good, not subject to the profit motive.

Last year, Congress attempted to break up Big Tech, and similar legislation should be passed for corporate purveyors of the “news.” Until 2003, media companies were not allowed to own more than one TV station or newspaper in a local market.

We should call for re-regulation of privately owned media and more funding for public broadcasters.

Meanwhile, consumers and voters should subject all the political and journalistic talk about crime to specific criteria before taking it as gospel:

In this time of volatility and knee-jerk reactions, everyone needs to take a page from KVUE’s playbook. Before accepting and reacting to the claims about how the world has become a hellscape, take the time to evaluate the news stories and the political claims that terrify so many. After all, it’s not all about making money or seducing voters. It’s about truth, a scarce commodity in today’s discourse.

The opinions of the author do not necessarily reflect the positions of the CPUSA.