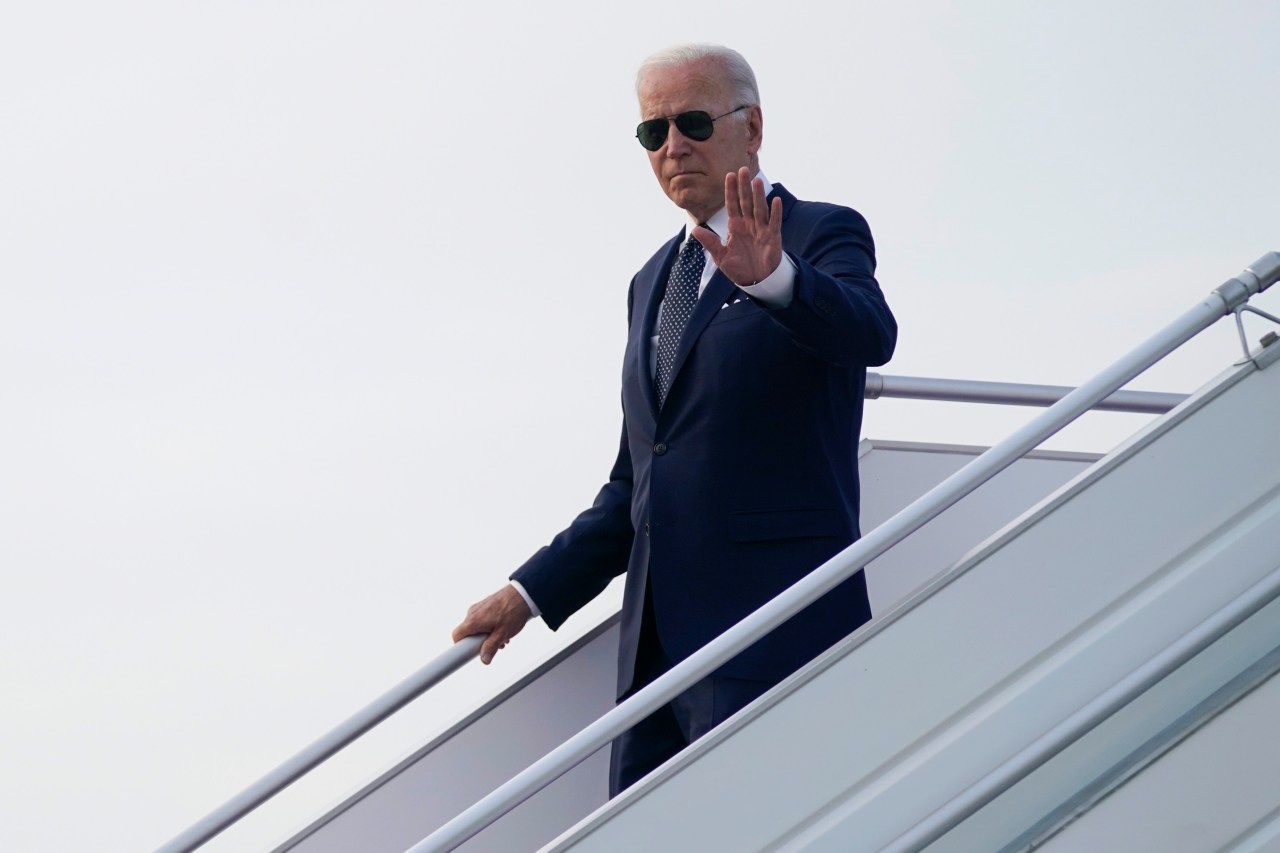 Why President Biden is doing a little happy dance in the White House residence:

President Biden, who has been struggling with his approval polling for months amid a declining economy and international crises, is now heading into this weekend with one of the best weeks of his presidency.

Let’s run through the week:

IT’S FRIDAY! WE MADE IT. I’m Cate Martel with a quick recap of the morning and what’s coming up. Did someone forward this newsletter to you? Sign up here.

Whoaaa — the jobs’ numbers came in hot this morning:

The U.S. added an astounding 528,000 jobs in July, shattering expectations.

Because that number probably doesn’t mean much to you: Economists had predicted that roughly 250,000 jobs would be created in July.

The other good news in the jobs’ report: The unemployment rate fell to 3.5 percent, meaning it has officially returned to its pre-pandemic level. This is a 50-year low for unemployment.

What does this mean for recession fears?: “The stunning July jobs gain will raise questions about how close the U.S. economy actually is to a recession after months of growing concern over a sharp slowdown. The resilience of the labor market also means the Federal Reserve may have more room — or at least feel more pressure — to rapidly raise interest rates and fight inflation without fears of triggering steep job losses.”

More on where the U.S. economy stands in terms of a recession, via The Hill’s Sylvan Lane

Democrats got the big thumbs up they needed:

After a nerve-wracking week for Democrats waiting to hear whether moderate Sen. Kyrsten Sinema (D-Ariz.) would support or tank their reconciliation bill, Sinema announced last night that she will back the bill.

But with her stamp on the bill: Her revised version of the bill no longer closes the carried interest loophole.

‘SINEMA HAD ONE REQUEST FOR THE BILL: PRESERVE A SO-CALLED CARRIED INTEREST TAX LOOPHOLE. WHAT DOES THAT DO?’:
The New York Times’s Alan Rappeport and Emily Flitter explain.

A PREVIEW OF THE WEEKEND, AS TOLD BY GOP SENATORS:
CNN’s Manu Raju tweeted, “’What will vote-a-rama be like? It will be hell’ [Sen. Lindsey Graham (R-S.C.)] told me of the marathon voting session on reconciliation. [Sen. John Thune (R-S.D.)] promises ‘hard’ votes. Goal for Republicans: Try to win a vote on the floor that will change the bill and convince Manchin and Sinema to tank it.”

🗳 On the campaign trail

Trump loves a TV celeb, but that may not be a good thing for his party:

“[Former President Trump] has backed a host of candidates in party primaries who are famous or have a track record in television, or both. But many of his chosen stars are underperforming, complicating the GOP’s electoral chances.”

This applied to Trump’s administration, as well: “While president, Trump installed figures known at least in part for TV work, such as Omarosa Manigault Newman, Larry Kudlow and Anthony Scaramucci, into senior positions — often with tumultuous results. He also sought outside counsel from media figures including Sean Hannity and Lou Dobbs, to the frustration of some White House aides.”

An example in 2022: “The clearest recent example of Trump’s seemingly misplaced ardor for celebrities is Mehmet Oz, better known as TV’s ‘Dr. Oz.’”

Other examples in the midterms — and why it’s leaving Republicans in an uncomfy position, via The Hill’s Niall Stanage

MEANWHILE — A PROBLEM FOR DEMOCRATS:
The Hill’s Cheyanne M. Daniels writes that “Black voters’ dissatisfaction could spell trouble for Democrats.” The full story

Four people were struck by lightning outside the White House on Thursday when strong storms hit the area.

Two of the injured have died, and the two others are in critical condition.

The victims who died: 76-year-old James Mueller and 75-year-old Donna Mueller, both from Janesville, Wis.

Reaction from the White House: “We are saddened by the tragic loss of life after the lightning strike in Lafayette Park. Our hearts are with the families who lost loved ones, and we are praying for those still fighting for their lives,” press secretary Karine Jean-Pierre said in a statement.

The radar was a bit too colorful for my liking: Watch the storms roll in last night, via The Capital Weather Gang. Watch last night’s radar

Keep in mind: This was a three-hour, two-set match in extreme heat.

The House and Senate are out. President Biden is at the White House. Vice President Harris is in Washington, D.C.

And to kick your weekend off, you should watch the puppy shuffle.