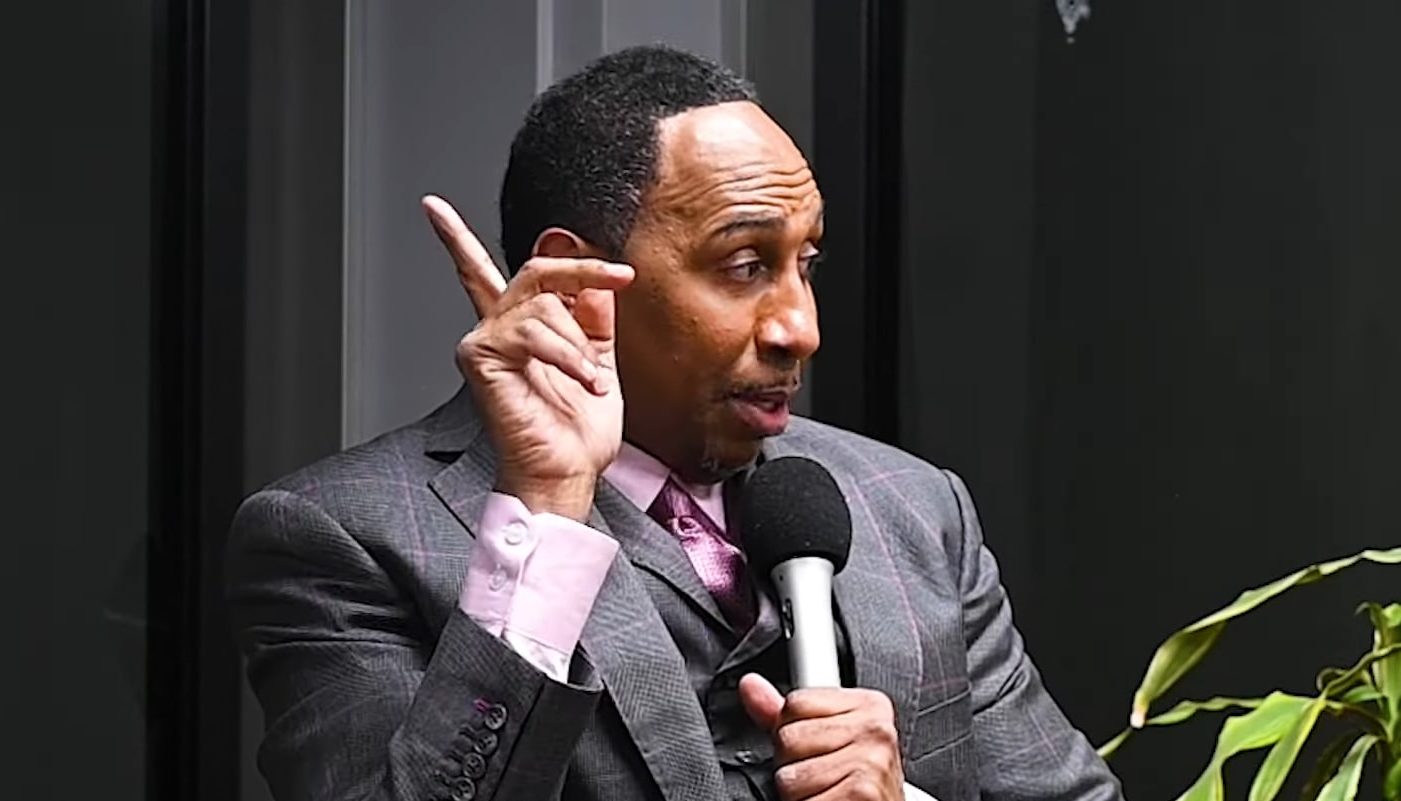 Stephen A. Smith’s debate theatrics aren’t just good for sports. He can yell, argue and be provocative about any topic. Which is why it’s not surprising to hear more about his past discussions about working with cable news networks.

Smith joined the latest episode of The Old Man and The Three podcast with JJ Redick and Tommy Alter, and the First Take star admitted cable news was almost a landing spot for him.

“When ESPN let me go in 2009, I appeared on Fox News, MSNBC and CNN 150 times,” Smith said. “I honestly thought that could be a possibility. In 2015, one of those networks, CNN actually interviewed me for my own show, on CNN. I can honestly tell you I believe, that if I were in politics, it might have got me killed because of the world we’re living in.”

“If it didn’t get me killed, it would have me as a pariah by half of the country. Like the likes of a Sean Hannity or whatever,” Smith continued. “Because when I’m doing stuff and I’m in, I don’t view myself as a second-place kind of guy. I’m coming to be the top dog.”

Smith gave Redick and Alter a taste of his political prowess during the podcast, claiming he would “piss off millions” for his ability to assess each issue independently. The ESPN host used Donald Trump as an example, stating he never criticized the former president for his politics.

“The prism of history tells us the effectiveness of a president,” he said. According to Smith, his issue with Trump was always about the ex-president being a divisive force.

Last month, Smith detailed having a phone call with Trump in 2014, where Trump revealed plans to run for president if the NFL didn’t accept his bid for the Buffalo Bills. Shockingly, those plans came to fruition two years later. According to Smith’s political expertise, had Trump not been a divisive force, he would have earned a second term in office.

“If Donald Trump had simply said ‘wear a mask’ and conducted himself with any kind of decorum, he’d still be president,” Smith proclaimed. “Literally.”

ESPN’s Stephen A. Smith believes Donald Trump would still be president had he not politicized COVID-19:

“Do y’all realize that if Donald Trump had simply said, ‘Wear a mask,’ and conducted himself with any kind of decorum, he’d still be president?” pic.twitter.com/g5w3QqhNih

“You didn’t want to agree with the liberals, and you politicized COVID-19,” Smith continued. “Do you realize, had you not done that, you would still be president? So what does it say to you about a person that new that and still let his ego get in the way. That’s not politics. That’s human beings.”

Smith makes a fair argument, but it’s almost an irrelevant debate because Trump was never going to avoid politicizing COVID-19, and he couldn’t help himself from fueling divisiveness in the country.

The topic of COVID-19 is one that resonates closely to Smith. The First Take host spent New Year’s Eve in the hospital, where doctors told him he “wouldn’t be here” had he not been vaccinated. Unfortunately, COVID remains a political issue despite taking the lives of more than 1 million Americans.

Smith has interests outside of sports, despite being known as the face of ESPN industry. He’s dabbled in acting with cameos on General Hospital and previously promoted his desire to be a late night host, even filling in for Jimmy Kimmel last summer. He’s only 54-years-old and clearly isn’t short on energy. With that in mind, could Smith’s cable news interest eventually return?

[The Old Man and the Three]

There Are 11 Types of Donald Trump Enablers. Which One Are You?