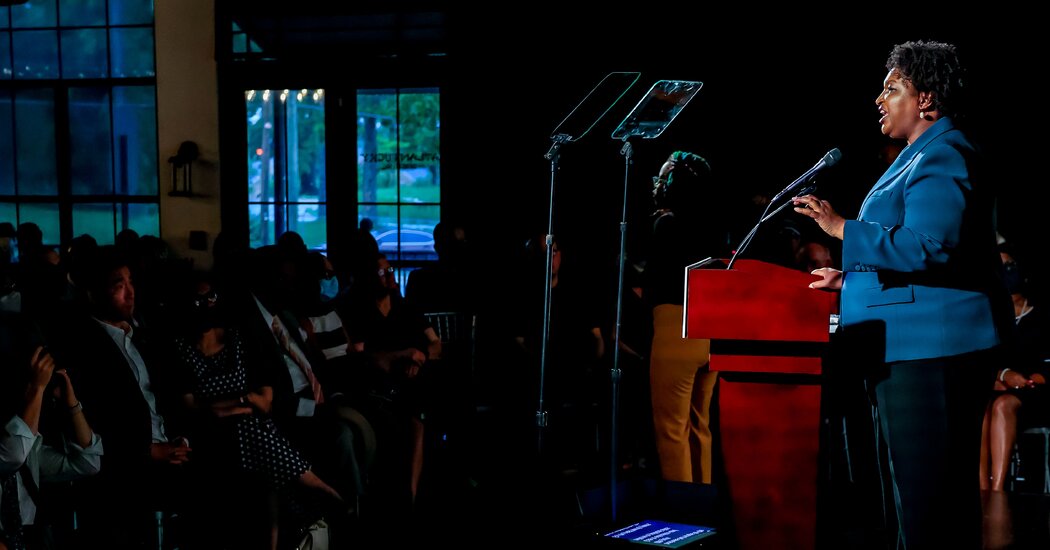 Stacey Abrams, the Democratic nominee for governor of Georgia, tested positive for the coronavirus on Wednesday, taking her off the campaign trail temporarily in her race against Gov. Brian Kemp.

Ms. Abrams, 48, confirmed her diagnosis on Twitter, writing that she took daily tests and had received a positive result Wednesday morning. “I’m experiencing mild symptoms, and I’m grateful to have been vaccinated and boosted,” she wrote.

She said she planned to hold meetings by Zoom and phone for “the next few days,” and added that she had tested negative before delivering a speech Tuesday evening in Atlanta.

A spokeswoman, Jaylen Black, said Ms. Abrams would still make a scheduled appearance on the Pod Save America podcast on Saturday, by phone, if she feels up to it. Before her diagnosis, she was also scheduled to attend the March for Our Lives Atlanta rally for gun violence prevention on Saturday, and Ms. Black said it was “undetermined at the moment” if she will be able to participate.

“Consistent with C.D.C. guidelines, she will isolate at home and looks forward to traveling across the state to meet Georgians as soon as possible,” Ms. Black said, adding that the campaign would send surrogates to some events in Ms. Abrams’s absence and that she would not do any in-person events during the C.D.C.-recommended isolation period.

Guidelines from the Centers for Disease Control and Prevention instruct people with the virus to isolate for at least five days — though many people remain positive on rapid tests, and potentially contagious, for longer than that — and to continue to wear a mask around others through Day 10.

Ms. Black confirmed that Ms. Abrams had tested negative on a rapid antigen test before her speech on Tuesday, and on a P.C.R. test on Monday.

The race between Ms. Abrams and Mr. Kemp is a rematch of a 2018 contest that Ms. Abrams narrowly lost, falling short by about 1.5 percentage points. Election forecasters rate this year’s race as “lean Republican,” meaning it is competitive but Mr. Kemp is favored; recent independent polls have found him leading by low to mid-single digits.

Ms. Abrams is known for her voting rights advocacy, but her campaign this year has focused heavily on Georgia-specific policy issues as well as abortion rights. Mr. Kemp has been emphasizing economic issues, including inflation and taxes.

Going to Hong Kong? Get ready for a barrage of Covid tests