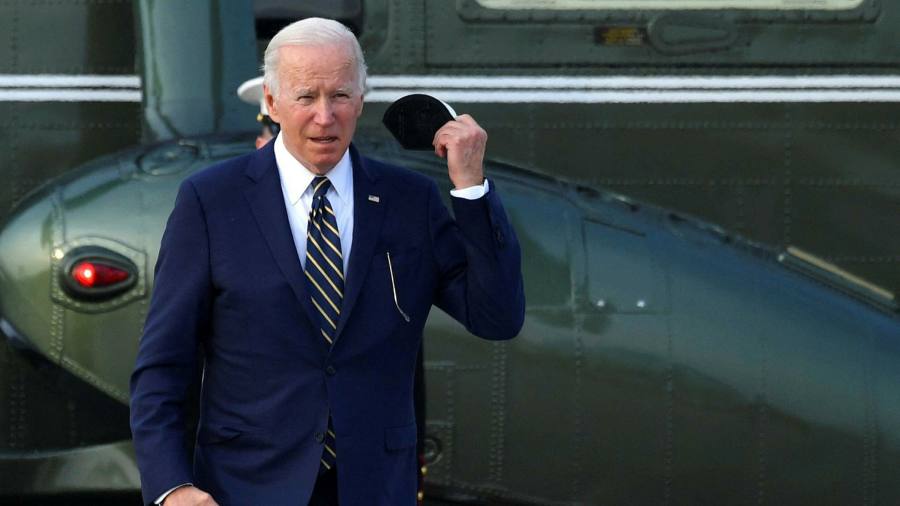 Sales of Pfizer’s antiviral drug Paxlovid have leapfrogged a rival pill developed by Merck and now dominate the Covid-19 treatments market, but slower than expected patient uptake could dent sales over the next six months and beyond.

Airfinity, a health data analytics group, said recent data showed the whirlwind pace of new supply deals signed by Pfizer had begun to slow due to the lacklustre roll out of a treatment billed as a key tool to help quell the pandemic.

By the end of 2022 there could be a surplus of up to 70mn courses of Paxlovid on the global market following a ramp up in production by Pfizer and weak demand for a treatment that US President Joe Biden is currently taking to fight his Covid infection.

Paxlovid, a course of 30 pills taken over five days, is one of the fastest selling medicines in history with Pfizer forecasting annual sales of $22bn this year, due to a surge in initial government purchases.

But Airfinity said a lack of public awareness about the availability of Paxlovid, concerns among doctors about how the drug interacts with other medicines and inadequate Covid testing in some countries is limiting demand and would hold back future sales.

Merck would struggle to sign new contracts for its rival antiviral pill Lagevrio because clinical trials show it cut the risk of hospitalisation by 30 per cent, compared with 89 per cent for Paxlovid, according to a report due to be published on Monday.

The downbeat sales forecast could pose challenges for Pfizer and Merck, which had hoped the drugs would provide a sustained revenue boost for the duration of the pandemic. It may also lead to a global supply glut of antivirals, mirroring a trend in the Covid vaccine market, which is experiencing weaker than anticipated demand.

Harry Cheeld, Airfinity analyst, said slower uptake of Paxlovid would reduce the number of repeat purchases by governments as they would not now run low on stock in 2022. Pfizer could revisit its bullish manufacturing plans to tackle any supply glut, he added.

Airfinity estimates Pfizer will generate $23.2bn in sales of Paxlovid in 2022, down from a forecast of $23.6bn made three months ago. Merck sales of Lagevrio are estimated at $5.8bn, compared with earlier estimates of $6.4bn. Sales of a third antiviral made by Japanese pharma company Shionogi are estimated at $0.5bn, down from $2.5bn, due to delays in the approval of the treatment.

Andrew Hill, senior visiting research fellow in the department of pharmacology and therapeutics at the University of Liverpool, said the pathway for patients getting on either Paxlovid or Lagevrio within the recommended five days of a Covid infection was hard due to inadequate testing and a requirement in many nations to obtain a prescription from a doctor.

“Now within that five days, you think about the pathway to care. Somebody’s got to realise the symptoms of Covid, go get a lateral flow test, get a doctor, get a prescription, and also they’re gonna have a detailed check of all these drug interactions. That’s not simple,” he said.

Most of the Paxlovid and Lagevrio ordered by the UK at a cost of £2bn would probably never be used, said Hall.

Pfizer said any updates on future projections for Paxlovid would be made at its quarterly earnings on July 28.

“We are delivering on our commitments for Paxlovid, which already is having a positive impact on the lives of patients around the world, while continuing our discussions with governments and regulatory agencies around the world about bringing this potential breakthrough treatment to additional markets,” it said.

Merck said Lagevrio was an important treatment option for appropriate patients and the company has supplied more than 8mn courses to governments in over 30 markets. In addition, more than 3mn courses were supplied by licensed generic manufacturers to low and middle-income countries in the first quarter of this year, said the company.