The Perfect Enemy | Senate Republicans Would Pay A High Price To Shut Down The Government To Fight Against Covid Relief Or Manchin’s Energy Provisions Or Liberalizing Medicaid Abortions For Poor Women
Skip to content
October 5, 2022
Read Time:3 Minute 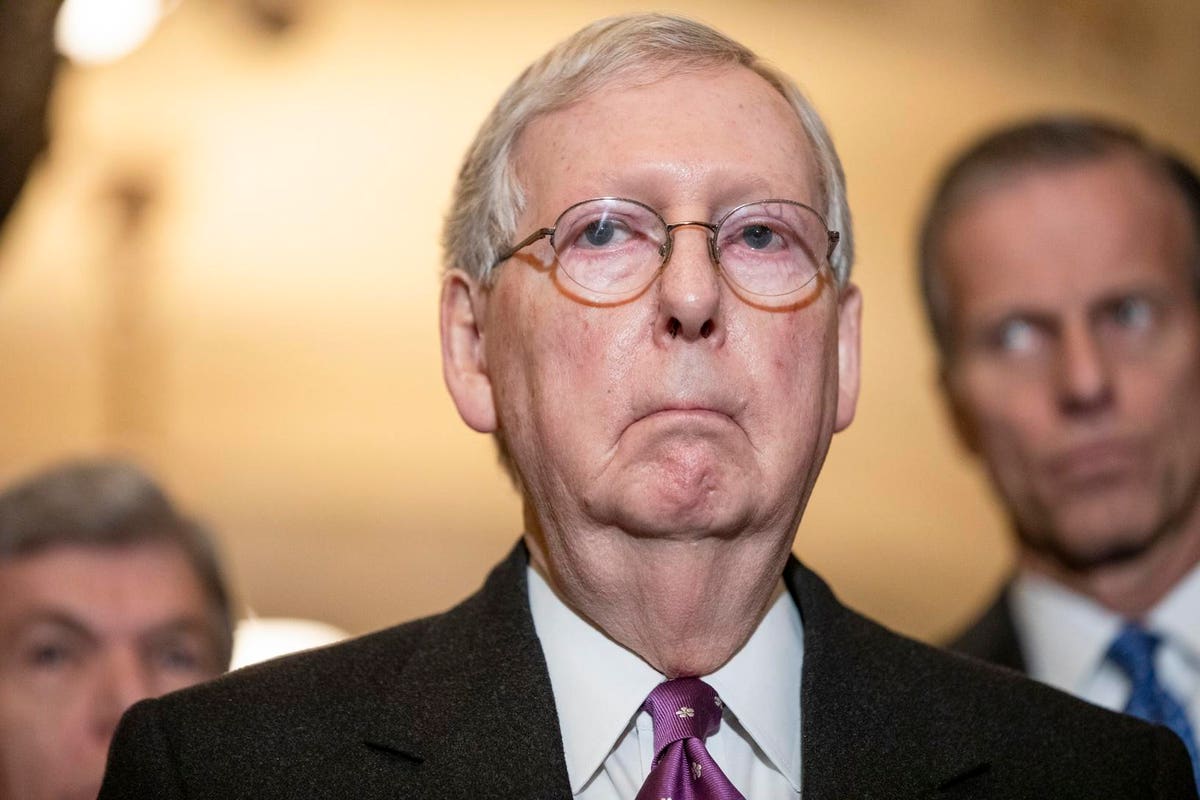 To avoid a government shutdown at the end of this month, Congress must pass the continuing resolution (CR) which funds the government. It takes 60 Senate votes for cloture on the CR. A united Senate Republican party would deny the Democrats supporting the CR from reaching 60 votes. So, the Senate Republicans can keep the CR from moving.

There is a high price to pay for Senator McConnell’s Senate Republicans forcing a shutdown. Three modern shutdowns have been enormously unpopular and Republicans have paid a very stiff price for them. With the midterm election only two months away, the price now would be even than in the past.

In 1995-1996, it was the Newt Gingrich shutdown. He and his party suddenly lost a part of their public momentum coming out of their 1994 election. In 2013, it was the shutdown of Congressional Republicans wanting to repeal the Affordable Care Act. Again, the shutdown was enormously unpopular. In 2019, it was the Trump shutdown because Congress would not fund the Wall at the Mexican border. Once more the public was not happy about a shutdown for that reason.

I published a leading law review article on such shutdowns. To put it briefly, shutdowns are suicide.

Yet, Senate Republicans are lining up to say what would be a deal-breaker for them, meaning, that they would force a shutdown.

First, the Biden Administration wants $22 billion in Covid-19 relief. A sizable part of this is to fund the program for giving the public some free Covid test kits. Senate Republicans oppose this. They say the Biden Administration should go look for Covid funding from sources other than the CR. Do they really want to put it to the public whether the government should shut down rather than let Covid relief through?

Next, there will be a vote, during consideration of the CR, over provisions about federal energy programs. What the Republicans are fighting are actually matters that Republicans favor and progressives oppose. They include more leases for oil drilling on federal lands. Why would Republicans oppose that? Because, the provisions were sponsored by Senator Manchin (D-W.Va.) and were his price for supporting the “Inflation Reduction Act which achieves massive results for fighting climate change effectively. (One of the provisions does help a West Virginia pipeline.)

Republicans are very sore about Senator Manchin’s arrangement, which gave President Biden a huge legislative victory, and say that would be a deal-breaker, too. (Senator Bernie Sanders (D-Vt), not known for siding with Senator McConnell, took the Senate floor to denounce these provisions himself at length for favoring fossil fuels. Politics makes strange bedfellows.)

Do Senate Republicans really want to put it to the public that for reasons too complicated to explain, they are shutting down the government over energy provisions they and their party favors?

There are more, but let us just take one. Like all spending bills, the CR will carry, unless there is change, what has been known for a half-century as the Hyde Amendment. This prohibits Medicaid-funded abortions except under narrow circumstances. The Hyde Amendment has been an island that has survived, for good or ill, in the middle of the storm-tossed sea of abortion issues.

But, this year could be different. The reader already knows that the electorate has reacted to the Dobbs decision. So, many Democrats may push to change or even to repeal the Hyde Amendment. Conversely, repealing the Hyde Amendment is one issue that does unite Senate Republicans in opposition. Steering the CR through this struggle will be like taking it over Niagara Falls in a barrel.

So will there be a shutdown? I would not be surprised if there will be a very short one to allow Senate Republicans to show their states that they fought hard for their views. And then a temporary compromise version will get cobbled together, and that will end the shutdown. But, it will end just for this moment. The legislative fights will later pick up where they leave off.