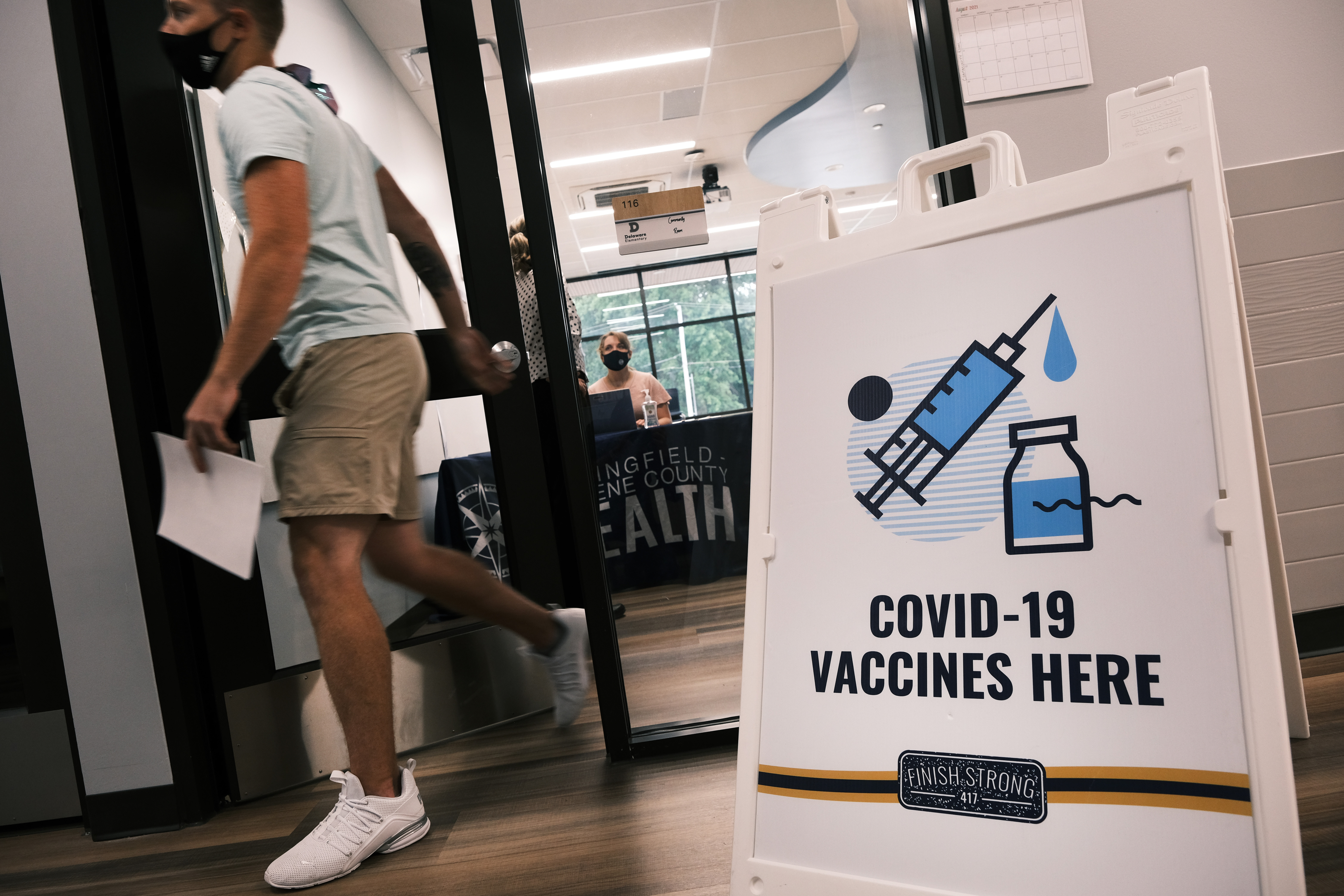 Democrats and the White House have argued that the Covid and monkeypox money is necessary for vaccine distribution and combating future surges. | Spencer Platt/Getty Images

Senate Republicans are signaling early resistance to attaching billions of dollars for Covid and monkeypox aid in a must-pass government funding bill, a troublesome sign for a White House that says vaccine money is rapidly running out.

In interviews Wednesday, GOP senators said they were skeptical of the Biden administration’s $22.4 billion request for Covid money, as well as its $4.5 billion request for combating monkeypox — citing unspent money and frustration with what they view as Democrats’ previous spending largesse.

“They do $1.9 trillion in March of last year, which ignited inflation, and now they just write off — I think illegally — student loans for another $300 billion?” said Sen. Bill Cassidy (R-La.), who opposes adding Covid and monkeypox money to the short-term funding package. “And now they’re coming back for more. At some point you’ve got to tell the alcoholic no.”

Senate Minority Whip John Thune (R-S.D.), meanwhile, said that generally speaking there’s “zero interest in Covid or monkeypox” funding among Senate Republicans and predicted “this process will get really messy the more things they try to drop in.”

House and Senate leaders are working to craft legislation to fund the government past Sept. 30, likely into mid-December. At the moment, aides familiar with the negotiations expect that the final package will include permitting reform, as part of a deal Democratic leaders struck with Sen. Joe Manchin (D-W.Va.) earlier this summer. While the White House requested last week to add $47 billion in new spending to the bill, those aides said Ukraine aid and disaster relief were most likely to make it in.

However, Democrats are skeptical that Covid and monkeypox aid will make it into a final short-term funding package, especially after bipartisan efforts on Covid cash have stalled for months. Republicans blocked a smaller amount earlier this year in a dispute over the Biden administration’s immigration policy. But Democratic senators said Wednesday they’ll continue to try to convince their GOP colleagues it’s necessary.

“I hope we can persuade them,” said Sen. Jeanne Shaheen (D-N.H.). “It’s in everybody’s interest to get that funding both for Covid and monkeypox. It’s important to public health and I do think there are a number of Republicans who recognize that.”

“Given the price we pay for this continuing pandemic, I think the president’s doing what we asked him to do,” Durbin said.

In addition to the Covid and monkeypox money, the Biden administration requested $11.7 billion in Ukraine security and economic assistance, $2 billion to address the impact of Russia’s war on domestic energy supply and $6.5 billion in disaster aid. Thune suggested that Republicans could potentially get on board with the latter request, in part because those disasters affect Republican states like Kentucky.

As senators ruminate on the Biden administration’s request for more money for addressing the pandemic and monkeypox, Democratic leaders have yet to finalize key details about the funding package, including which chamber will take it up first. The House is set to come back next week.

While the prospects for including the Covid and monkeypox aid in the government funding package may be dwindling, the Biden administration likely will have another chance to push for their funding requests in a broader end-of-the-year spending deal.