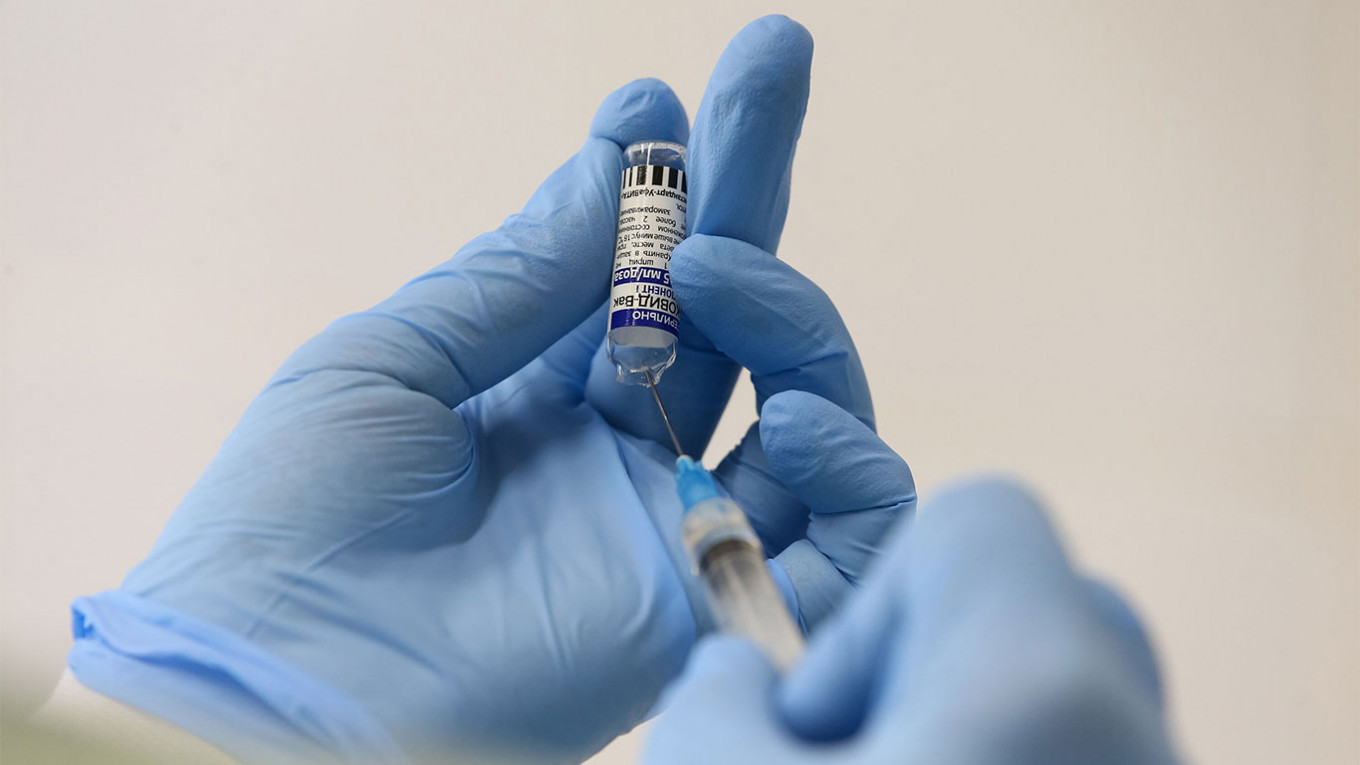 Epidemiologists say that the expired vaccines aren’t dangerous, but are ineffective against Covid-19.

Russia has about 30 million doses of Covid-19 vaccines that are currently past their use-by date and worth more than 23 billion rubles ($398 million), sources at the country’s Health Ministry told The Moscow Times’ Russian service.

The Health Ministry has not officially commented on the reports, although it has previously issued orders to extend vaccine shelf life and approve the use of these doses.

In late May, political activist Elvira Vikhareva said she was given a shot of an expired vaccine at Moscow’s Polyclinic No. 218.

“First they gave me the shot, and then when I asked, they showed me the vial,” she said. “I was in a medical experiment.”

When Gladyshev pointed out the vial’s expiration date, he was told that staff had gotten “some paper” approving its use. The reporter was also shown documents approved by the Health Ministry in Moscow extending the shelf life of expired frozen vaccines from six to nine months and that of liquid vaccines from two to six months. It also said that medical personnel should continue to prioritize and use vaccines that expired in January, February, March and April.

A nurse also told Gladyshev there would be no harm from the expired dose and that the vaccines were delivered frozen. “Every day we thaw a new pack of vaccines, which we then use throughout the day. We dispose of the unused but defrosted ones,” she told Gladyshev. “In July we will use a batch of vaccines that expired in May,” she said.

Medical staff at the GUM clinic claimed that if Gladyshev delayed his jab, he would end up being inoculated “with last year’s batch” further down the line. They also stressed that the Health Ministry had conducted studies proving the expired vaccine was safe but refused to show any supporting documents.

The Moscow Times later sent a formal request to the Health Ministry asking for details on the study, but did not receive an answer.

Epidemiologists interviewed by The Moscow Times said that the expired vaccination was useless and would offer no protection against the coronavirus.

“There is absolutely no evidence that studies on shelf life are being done,” epidemiologist Vasily Vlasovtold told The Moscow Times. “Sputnik is a new drug, and we still don’t know much about it. Its shelf life is poorly understood. The expiration dates on the vials might have been printed without much research to back them up.”

Epidemiologist Timur Pesterev also believes that expired vaccines will not cause serious harm, but are also unlikely to be effective. “Sputnik is a vector vaccine and has a much shorter shelf life than other types of vaccines,” he told The Moscow Times.

“Sputnik won’t turn into poison when it expires, but it might not provide any benefit. Actually, I can’t think of any other cases when people have been given expired vaccines. There are epidemiological rules behind vaccine production and expiration dates are stamped on them for a reason,” Pesterev said.

Meanwhile, private Russian clinics are ignoring the Health Ministry advice and using “fresh” doses of Sputnik, with the average visit costing between 4,000-10,000 rubles ($70 – $172).

The private Medicina Clinic in Moscow charges 9,500 rubles ($164) for a vaccination. The price includes a mandatory PCR test, a brief medical exam and the vaccination itself.

“The Sputnik vaccine itself is free. As soon as the vaccine expires, we discard it. We regularly get new supplies,” the clinic told The Moscow Times.

“There aren’t crowds of people wanting the vaccine now, and because demand is low, we end up discarding large quantities. We buy new vaccines, even though we know about the Health Ministry of Health’s decree extending their shelf life. We don’t want to take any risk,” a Medsi employee told The Moscow Times.

Although the coronavirus pandemic has subsided from its peak, some threat remains. Approximately 3,500 new Covid-19 cases are currently reported in Russia daily, with around 1,800 of those admitted to hospital in serious condition. Coronavirus deaths decreased in the spring of 2022, but approximately 100 people die from the illness every day in Russia.

Ilya Shumanov, director of Transparency International-R, says that using expired vaccines that cost tens of billions of rubles from the state budget could lead to lawsuits.