A few words used in Russian can be recognized in English. Dezinformatsiia (disinformation) is one of them — widely popularized during the Cold War — meaning misleading or made-up information that is specifically aimed at disorienting the targeted social community. In the war of capitalist and socialist ideologies of the 20th century, it was crucial for the Soviet state to confuse the enemy, to blacken the reputation of its politicians and, essentially, to sow mistrust into the political system. Therefore, disinformation was one of the key tasks of the KGB and similar agencies1. Among the biggest successes of Soviet disinformation abroad was the spread of the rumour that the virus that causes AIDS was developed deliberately in a US biolaboratory to be spread among ethnic minority communities in the USA2. Very few KGB operations have had such long-lasting outcomes: the belief in the laboratory leak arranged by the FBI still haunts many vulnerable communities around the world3. 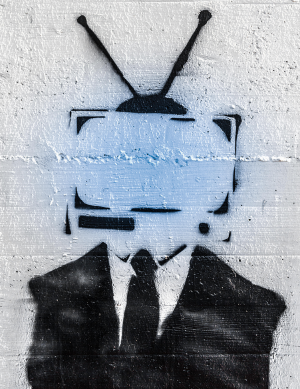 Amidst Russia’s war in Ukraine, I find clear parallels between Soviet and Russian disinformation practices. Although the world has massively changed since the 1980s (the last decade of the Cold War), one thing is preserved from the heritage of the KGB in Russian disinformation campaigns: in short, planting doubts in people’s minds by diluting facts with misleading information and numerous versions of reality. This was observed in the US presidential elections in 2016 (ref.4), during the COVID-19 pandemic5 and, today, on all media platforms that cover the war in Ukraine6. Why did the Russian political establishment suddenly decide to return to these methods? To understand the answer, we need to have a quick glance at the post-Soviet period and explore the ideological roots of the Kremlin’s post-Soviet disinformation practices.

In the aftermath of the Soviet collapse in 1991, the Russian political leadership was busy reforming Russia and surviving the tumultuous changes of the young democracy in transition. Boris Yeltsin (the first president of Russia), who ousted Mikhail Gorbachev and oversaw the demise of the Soviet Union, was a pro-Western politician at his core. He understood the faults of the Soviet regime and that its ideology had become exhausted by years of disbelief of the Soviet population in the 1917 socialist revolution’s cause7. On the one hand, there was nothing sacred in the Soviet past that could have been transferred into the new democratic society. On the other hand, the USA —the USSR’s fiercest enemy — turned into a close partner. Millions of Russians embraced the changes, as well as the new pro-Western agenda of the government. Even Yeltsin’s successor, Vladimir Putin, in the early years of his rule, was not an anti-Western hawk: he even spoke of the possibility of Russia joining NATO8.

What we now understand as a turn of the tide, with amplified reinvestment in old Soviet strategy, took place in the mid-2000s — in a way, as a reaction to US advancement in post-Soviet countries. US President George Bush Jr’s first administration (2001–2005) called for the promotion of democracy around the world, including in former Soviet states, and this call had a profound effect on Putin’s office. It represented an existential threat to Putin’s rule, to which he publically responded in his famous 2007 speech at the Munich Security Conference: he expressed the view that a unipolar world led by the USA was turning the planet into a dictatorship of one country, and that Russia should stand against it and take the risk of challenging the global US hegemony.

Just the next year, the Kremlin had the chance to experience the power of this purported hegemony: during and after the five-day war between Georgia and Russia in August 2008, images of the Russian army invading the independent post-Soviet republic resurrected the ghosts of the Cold War in the West and triggered the conservative and anti-Western turn in the Kremlin’s politics9,10. These two events arguably became a watershed moment: the public stand against the US promotion of democracy in Moscow’s backyard, and the global humiliation when Moscow tried to show its teeth and move its forces into its former colony. However, Moscow’s establishment realized that fighting with mainstream opinion about Russia in the West was pointless.

Instead, to counter US hegemonic narratives, the Kremlin took to systematically presenting alternative narratives and dissenting voices. Russia’s public diplomacy tool — the international television channel Russia Today — was rebranded as RT in 2009, probably to hide its clear links to the Russian government11. After an aggressive campaign to expand in English-, Spanish-, German- and French-speaking countries throughout the 2010s, the channel became the most visible source of Russia’s disinformation campaigns abroad. Analysis of its broadcasts shows the adoption of KGB approaches, as well as the use of novel tools provided by the global online environment12.

To begin with, the US output of RT tapped into the rich American culture of conspiracy theories by running a story entitled ‘911 questions to the US government about 9/11’ (ref.11). The piece exploited one of the most fertile grounds for conspiracy theories among US individuals in the 21st century: the terrorist attacks on the World Trade Center on 11 September 2001.The op-ed raised questions such as: ‘who stood behind the terrorist attacks of 9/11?’, ‘how did the Bush administration benefit from the suffering of ordinary Americans?’ and ‘did the US intelligence know about the terrorist attacks, and if it did why was nothing done to prevent it?’ The style is one that is now widely recognized as a tool of sowing doubt: the author just asked ‘reasonable’ questions, without making any evidence-based conclusions.

Who is the audience of this story and who could potentially be targeted by such content? As Bratich argued, 9/11 represents a prototypical case of ‘national dissensus’ among American individuals, and an apparently legitimate case for raising concerns about the transparency of the US authorities13. It is indicative that whoever designed the launch of RT US knew how polarizing it would be to ask questions about the most painful part of the recent past. No matter whether they held right-wing or left-wing opinions, anyone could find reasonable arguments to criticize the US government or the mainstream corporate media for the way in which the 9/11 terrorist attacks were covered and for the questions asked of government in their aftermath. ‘Question more’ — a universal mantra of contemporary conspiracy theorists — was adopted as a slogan by RT, and the channel presented itself as an underdog truth-teller that takes on the elites of the Western world.

In this regard, conspiracy theories came to be a convenient tool to interrogate the uneven spread of power in the Western countries, especially in the aftermath of the global financial crisis in 2008 when millions of people were suffering from inadequate state support. Conspiracy theories that provide names of the beneficiaries of political, social and economic disasters help people to navigate the complexities of the globalized world, and give simple answers as to who is right and who is wrong. If you add to this global communication technologies that help to rapidly develop and spread all sorts of conspiracy theories, these theories turn into a powerful tool to target subnational, national and international communities and to spread chaos and doubt. The smog of subjectivity created by user-generated content and the crisis of expertise have become a true gift to the Kremlin’s propaganda.

This environment became key for spreading pro-Kremlin hoaxes. The reports of RT ridiculed allegations that Kremlin-associated actors committed crimes (for example, the Salisbury poisoning of the double-agent Sergei Skripal), highlighted potential inconsistences in the story, questioned the professionalism of the accuser (in the Skripal case, the international investigative consortium Bellingcat) and accused them of being stooges of the CIA12. All of these reports and allegations — which were aired 24/7 on all channels and in online communities of the RT network — have added to the complex world full of uncertainties about genuine and alleged misdeeds of the Western elite.

Yet, what has helped Russian disinformation to spread is social polarization, which became even bigger problem after 2008, when the Kremlin relaunched its global disinformation conquest. In the 2016 US presidential elections (and in addition to hacker attacks), Russian troll farms used divisive topics such as gun control and racial conflict to polarize voters and plant disinformation14. Scholars have observed similar approaches during the Ukrainian war. Russian troll farms evidently use bots to target populations of the BRICS (Brazil, Russia, India, China and South Africa) countries, who could be more amenable to Kremlin messaging regarding the war in Ukraine. These bots do anything to avoid association with the Kremlin. They post in local languages, tap into local political agendas, and spread anti-US or anti-UK memes, which are shared by many in the BRICS countries. Once in a while, they post and share messages related to the Russia–Ukraine war that should spread perspectives that are favourable to Moscow narratives15.

The operations of RT were shut down in most European countries and in the USA in February and March 2022. This active de-platforming of Russian disinformation might have positive outcomes. Tougher legislation could be an instrument to prevent the spread of disinformation. At the same time, educating online users about the basics of online literacy can help to avoid disinformation travelling further than a user’s phone16. Finally, disinformation is unescapable if society suffers from inequalities: distrust will be an eternal driver of anti-democratic movements17. To avoid this, political elites should not trade democracy’s core values for short-term political or financial gain. Propaganda works when there is a fact that can be twisted in the way that is favourable for the propagandist. Therefore, political polarization and growing social inequality create incredibly fruitful soil for Russian disinformation. To solve these problems should be the primary goal of the Western establishment. If this is (ever) achieved, there would be no room for Russian disinformation.

The author declares no competing interests.

Sorry, a shareable link is not currently available for this article.