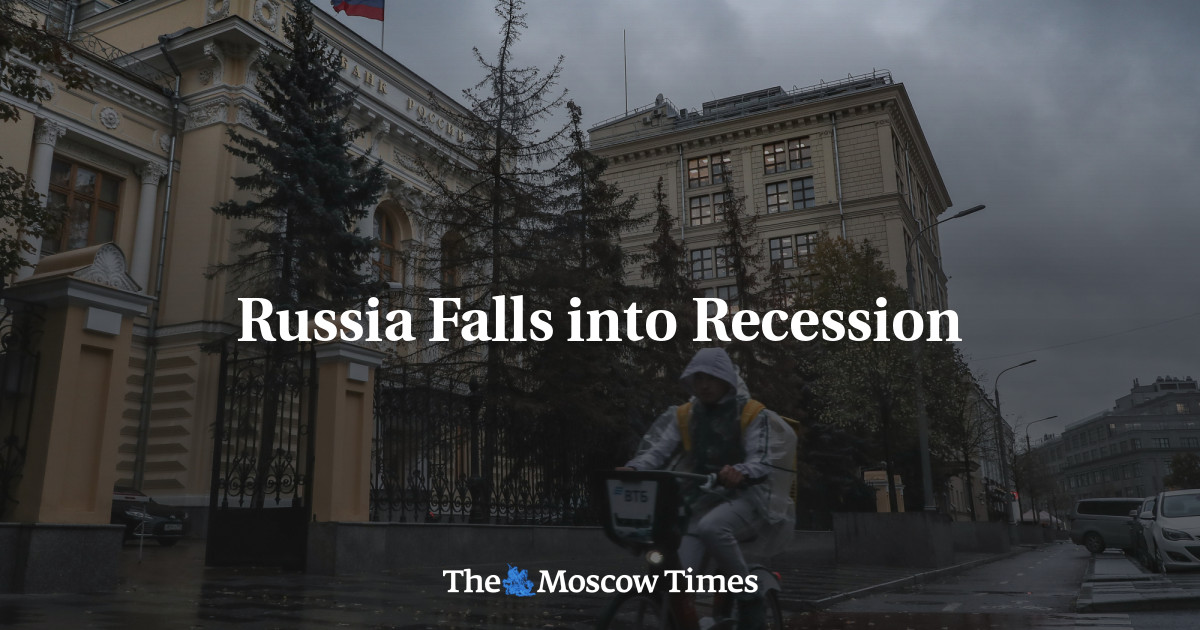 Russia’s economy has entered a recession as gross domestic output fell by four percent in the third quarter, according to first estimates published Wednesday by the national statistics agency, Rosstat.

The four percent drop in economic output between July and September was less than the 4.5 percent contraction analysts had expected.

The contraction was driven by a 22.6 percent plunge in wholesale trade and a 9.1 percent drop in retail trade.

On the bright side, construction grew by 6.7 percent and agriculture by 6.2 percent.

A recession is commonly defined as two consecutive quarters of economic contraction, and Russia last experienced a technical recession in late 2020 and early 2021 as the world was going through the coronavirus pandemic.

The Russian economy fared well in early 2022 with a 3.5 percent increase in GDP, but the start of the Ukraine offensive triggered a flurry of sanctions from the West.

Exports and import restrictions, staff shortfalls and problems with supply of spare parts have put a heavy strain on the Russian economy.

On November 8, the central bank predicted gross domestic product would contract by 3.5 percent this year.

The IMF and the World Bank are respectively estimating a fall in Russian GDP of 3.4 percent and 4.5 percent.

Despite a contracting economy, Russia’s unemployment rate stood at 3.9 percent in September, according to Rosstat.

In October, the Russian central bank kept its key interest rate at 7.5 percent. It was the first time since the beginning of the military offensive in Ukraine that the key rate remained unchanged.

The central bank is not planning to change the rate until the end of the year, a sign of “adaptation” to a “new reality,” said Bank of Russia governor Elvira Nabiullina.

After Russia was hit by Western sanctions over the Ukraine offensive, the bank drastically raised the key rate from 9.5 percent to 20 percent in a bid to counter inflation and prop up the ruble.