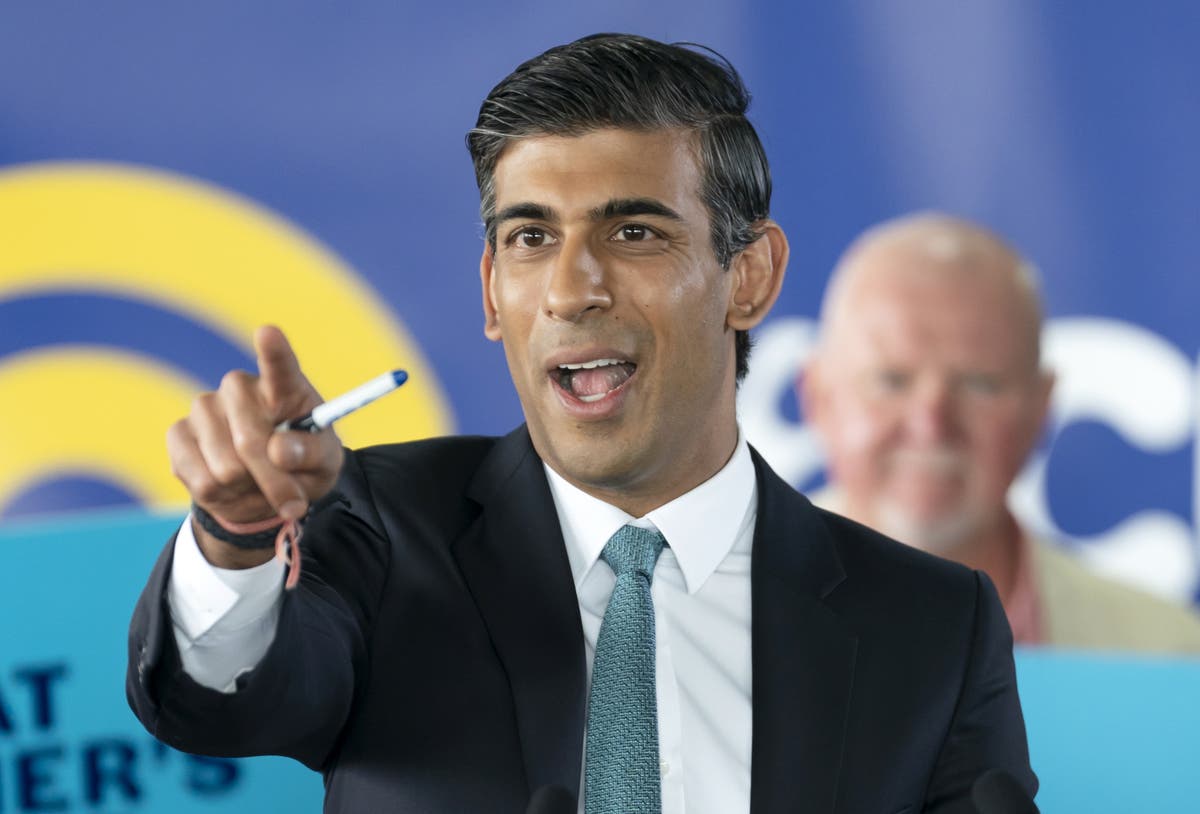 Rishi Sunak’s campaign for the Conservative leadership has sparked fury among people who blame the former chancellor for excluding them from financial support during the Covid-19 pandemic.

Among the 3.8m people believed to have missed out on furlough payments and business grants are many company directors and entrepreneurs who might be expected to be Conservative party members with a vote on the choice of the new prime minister.

And some have warned that the Tories’ prospects at the next general election could be hit if they are led by a man who they feel let down millions of individuals and businesses unable to access the Coronavirus Job Retention Scheme and Self-Employment Income Support Scheme.

The current directors of ExcludedUK declined to make any comment on the Tory leadership election, as the campaign group does not get involved in party political debates.

But social media channels are humming with messages from angry self-employed and freelance workers, posting with hashtags like #notreadyforrishi and #neverrishi.

One sent a message to Tory MPs considering backing Mr Sunak in the race to succeed Boris Johnson: “Rishi Sunak refused to represent or support over 3m of us when it really mattered. He will enjoy similar support come election time.”

Another wrote: “We just have to hope that the party membership decide against him, although the alternative of Liz Truss is pretty appalling, too.”

Small businessman Aron Padley, a founder of ExcludedUK and of a Facebook page to support those affected, told The Independent: “It would be impossible to get behind a prime minister who wilfully left us behind during the pandemic.

“And, remember, that’s 3.8 million individuals who potentially would not cast a vote for the former chancellor.”

Jennifer Griffiths, a former director of ExcludedUK and an administrator on the Facebook group, confirmed that many members had expressed anger over Mr Sunak’s bid for the premiership, during which he has repeatedly made a virtue of his handling of Covid support.

“Many members are still struggling financially on a day-to-day basis,” she said.

“Business closures are still being announced in the Facebook group even up to this day. Bounceback loans need to be paid back. And mental health support is still a service called upon by vulnerable members.”

Ms Griffiths added: “Organisations and groups such as ExcludedUK have sought tirelessly to raise awareness of the injustice faced by those excluded from meaningful support and how it has affected individuals and businesses.

“Raising awareness of the different types of employment in the UK and ensuring they are recognised, coupled with systemic change and far greater rights for those in precarious modes of employment, should anything like the pandemic happen again are crucial.”

Despite the government spending of around £70bn on the furlough scheme and more than £27bn on support for the self-employed through SEISS, many individuals and businesses fell through the gaps during the lockdowns of 2020 and 2021, receiving limited or no financial help as their sources of income vanished.

These included people who make less than half of their income from self-employment, short-term contractors with a history of moving from job to job, directors who pay themselves through dividends rather than salary, people with trading profits above a threshold level and some workers made redundant during the pandemic.

In a message to members, the directors of ExcludedUK said: “ExcludedUK is registered as a CIC, which means we are a Community Interest Company.

“As a CIC we are bound by strict guidelines which are dictated by the CIC regulator. One of the guidelines states that a CIC can not function for political purposes. In particular we can not influence any type of political election.

“As individuals we understand that there are strong views on why members do not want Rishi to be PM. However, as an organisation, we can not comment on events. We also can not as an organisation organise a march or any sort of campaign against any individual.”