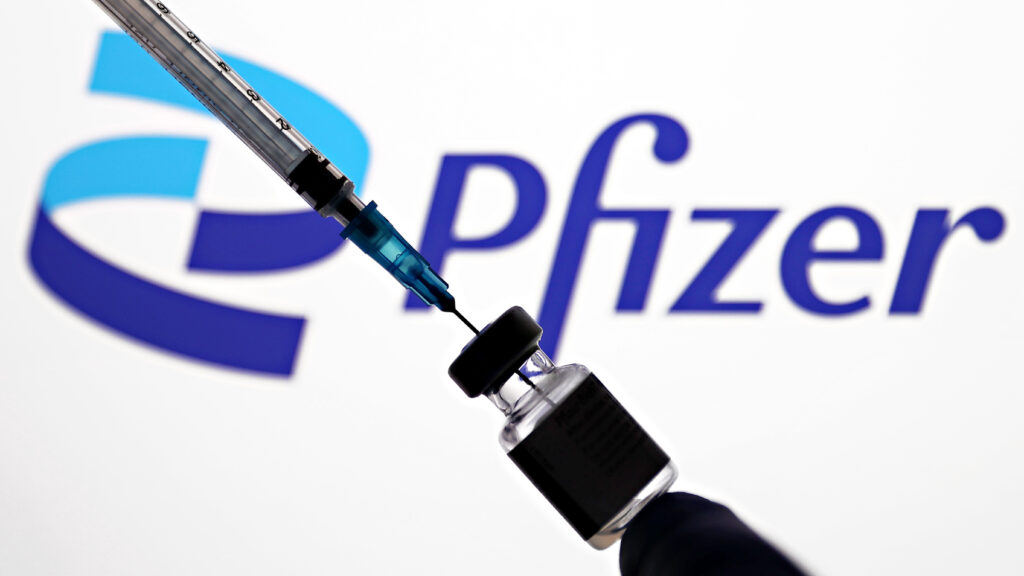 New data from Pfizer and BioNTech on their bivalent Covid-19 vaccine suggests the updated product may be more protective against more recent Omicron subvariants than the original version of the vaccine, the companies said in a statement released Friday.

The companies said the levels of neutralizing antibodies that target the BA.4 and BA.5 subvariants of the SARS-CoV-2 virus were four-fold higher in people aged 55 and older who received the bivalent booster than in similarly aged people who received a monovalent booster.

The bivalent, which was given an emergency use authorization at the end of August, targets both the original version of the SARS-2 virus and the BA.4/BA.5 variants. Recently BA.5 has been the dominant strain in the United States, but an alphabet soup of newer subvariants — BA.4.6, BQ.1.1 among them — is starting to crowd it out.

The new data from the companies only looks at what getting the the booster did to antibody levels in recipients. The trial did not test whether people who received the updated boosters were less likely to contract Covid than people who received one of the older boosters.

We’re hosting events nationwide (and virtually) to tackle the biggest questions in health and medicine. Browse our upcoming events to see what’s on the horizon.

“These data demonstrate that our BA.4/BA.5-adapted bivalent vaccine works as conceptually planned in providing stronger protection against the Omicron BA.4 and BA.5 sublineages,” Ugur Sahin, CEO and co-founder of BioNTech, said in the statement. “In the next step and as part of our science-based approach, we will continue to evaluate the cross-neutralization of the adapted vaccine against new variants and sublineages. Our aim is to provide broader immunity against Covid-19 caused by SARS-CoV-2, including Omicron and other circulating strains.”

The companies also reported that one month after the trial participants got a dose of the bivalent booster, neutralizing antibodies targeting Omicron BA.4/BA.5 viruses increased 13.2-fold from pre-booster levels in adults who were older than 55 years of age; they increased 9.5-fold for adults 18 to 55 years of age. By comparison, in adults older than 55 who received a booster dose of the original vaccine, antibody titers to BA.4 and BA.5 rose 2.9-fold over the same period.

Of late there have been a number of small studies that have tried to get an answer to the question of whether the updated vaccines are likely to be more protective than the original version against Omicron viruses. Three concluded that updating the vaccine did not make a difference while two suggested there was a benefit.

But differences in the designs of the studies make them hard to compare to each other and to the Pfizer data. And at the end of the day, the important question is whether what was seen in terms of antibody production will translate into better protection for people who receive the bivalent vaccine, said Florian Krammer, a vaccinologist at Mount Sinai School of Medicine in Manhattan. He thought it might.

“A four-fold higher titer, that would be good,” said Krammer, who has done some paid consulting work for Pfizer. “Four-fold is usually the magical cut-off for a lot of us when we look at neutralization. Four-fold seems to mean something.”

He cautioned though, that with different groups coming up with different estimates of whether the bivalent vaccine generated a significant improvement in antibody levels, “we really need to figure out what the truth is here and who is right in terms of measuring.”

“I think this is encouraging,” Topol told STAT. “We just need more people to get the darn booster.”

Data from the Centers for Disease Control show uptake of the bivalent boosters has been slow, with only 26.3 million people having received it so far. Even in the highest risk age group, people 65 and older, uptake has been modest. To date only 23% of Americans in that age group have received a bivalent booster.

Get your daily dose of health and medicine every weekday with STAT’s free newsletter Morning Rounds. Sign up here.