The Perfect Enemy | Opinion | Science Twitter Shaped the Pandemic. Are We Better for It?
Skip to content
December 10, 2022
Read Time:7 Minute 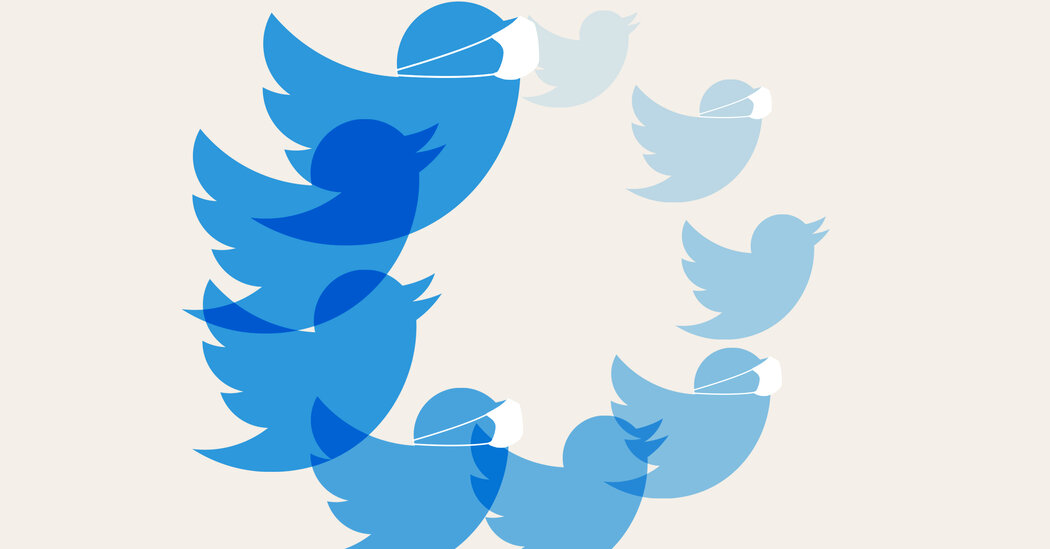 Twitter’s user base is modest compared with those of Facebook, YouTube and Instagram, yet its impact on society has been tremendous, in large part because of who uses it and the way that it serves as a conduit between social and traditional media. We saw this through Donald Trump’s use of the platform‌‌. And we have seen it again ‌during the Covid-19 pandemic‌‌: Twitter became a ‌locus for ‌‌conversations among scientists, journalists‌ and policymakers that ultimately shaped our pandemic response.

Now the platform — and how scientists use it — is changing, and it’s worth assessing what that means for the science community, and ultimately for the public.

Before 2020, I used Twitter to share research findings with close colleagues, to network and to learn from experts in subjects farther afield. Twitter allowed me reach a popular audience with my writing about media literacy and data reasoning. Many of my colleagues found collaborators there and wrote papers with researchers they had never met face to face.

I shared some of my personal life, too. I posted my bird photography to remind fellow researchers of the beauty we sometimes forget ‌while reading technical papers and performing lab experiments‌. In turn, I ‌‌provided birders and nature lovers with a glimpse at how research scientists do their jobs. In ‌these ways, I was a typical member of science Twitter.

Like ‌so many others, my focus shifted in early 2020. One survey of U.S. and European scientists found that a third had pivoted to address some aspect of the pandemic. Researchers needed a ‌platform to find other scientists, share breaking news and discuss continuing developments more rapidly than the conventional scientific literature could allow. ‌We congregated where a number of us were already hanging out: Twitter.

‌‌Journalists and policymakers — already heavy Twitter users‌‌ — sought to track these developments and to connect with scientific experts who could help interpret messy and incomplete data on the pandemic. Members of the public sought‌ information about what was happening and how to keep themselves and their families safe.

While imperfect, Twitter met those needs. Given my background in infectious disease epidemiology, my expertise has never been more in demand by the public, and never have I needed so much help from so many colleagues so urgently.

When I wanted immediate feedback on an epidemiological model at 2 a.m., colleagues in Australia were awake and online to help. Twitter helped me to reach hundreds of thousands of concerned people, online and via news media, and help them understand what was happening. My Twitter following exploded from just over 10,000 to over 100,000 followers in six months. Many of my colleagues could tell a ‌‌similar story.

And they could tell another as well.

We often think of communication technologies as designed to match the messages we want to send. They are — but they also shape the messages we send and the conversations that we have.

Suddenly, the sort of conversations that had ‌‌long taken place at scientific conferences, in hallways, by email‌‌ or over the telephone were now exposed for the world to see and recorded for posterity. This gave the public and the press a rare view into scientific activity. In principle, that should be a ‌‌good thing. In practice, a number of problems arose.

When scientists strive to understand a new phenomenon, they put forward a range of hypotheses. Researchers take various positions, and the community collects further evidence and gradually sorts out the details.

In the classroom, however, we teach only the settled facts. We don’t highlight the messy business of getting there. A public accustomed to learning about science as a final product was perhaps perplexed to see science in the making. Instead of clean facts and clear explanations, it found contentious debates not only where the science was unsettled but also where scientists were behaving as humanly as everyone else: confessing their doubts, coalescing into cliques and indulging in personal animosities. It is no surprise that many wondered if science was somehow failing them when they needed it most. ‌Indeed, public trust in scientists ‌‌fell‌‌.

For those with political motivations, the public nature of this conversation made it easy to cherry-pick examples and promote contrarians who clung to discredited viewpoints. ‌Some promoted ‌drugs had already proved ineffective for treating Covid-19, such as hydroxychloroquine and ivermectin. ‌Others argued that the sooner ‌low-risk people were infected, the sooner we could recline in the Elysian fields of herd immunity. Yet others seemed to believe that just one implausibly perfect worldwide lockdown would eradicate the virus. ‌‌Those in favor of some return to normalcy were vilified as “eugenicists.” Anti-vaxxers catered to ‌many of these factions with disturbing success. Scientists were exposed to harassment that few of us, outside of climate science, had experienced before.

Perhaps the reward structure of ‌Twitter ‌influenced the scientific conversation unfolding there. The Twitter algorithm was learning, in real time, to promote ‌‌tweets that most effectively drove engagement. ‌And scientists ‌‌learned what ‌kinds of posts ‌‌were likely to go viral and how ‌to avoid fights — or initiate‌‌ them.

‌Twitter can influence the behavior of its users. The carrot and stick of likes and abuse may have led some researchers to bend away from the norms‌‌ that underlie scientific activity, like objectivity and organized skepticism. For example, scientists who made pronouncements on controversial topics — “Schools need to remain closed!” or “Masks harm kids!” — could find large partisan audiences who appreciated those conclusions, perhaps more than the quality of the reasoning that led to them. Once followers became fans, some scientists may have been reluctant to revise or reverse their conclusions in light of new evidence if ‌doing so risked backlash.

By early 2022, the value I found on Twitter had fallen off. It was harder to find productive scientific discussions. Posturing, virtue-signaling and name-calling increased. Some of my colleagues left or locked their accounts. Coordinated harassment quashed nuanced debate.

Covid Twitter ‌‌is barely a trace of what it was two years ago. The all-hands-on-deck phase of the crisis has passed. A community formed, did some of what it needed to and then scattered to the four winds.

But Covid-19 hasn’t gone away. People suffering from long Covid may rightly feel abandoned. The immunocompromised are back where they were before the pandemic: largely forgotten and left to their own devices to manage ‌risk. Many of the scientists and public health leaders they came to rely on for advice, information and advocacy in 2020 have adopted lower profiles.

We imagine that the institutions we interact with daily will be around in perpetuity. When it comes to web companies in general and social media in particular, the history suggests otherwise. Sites come and go; popularity ebbs and flows. Remember Myspace? Orkut?

Ever since Elon Musk’s purchase of Twitter, an alternative called Mastodon has accumulated over one million new users. Mastodon is designed to promote conversation in lieu of viral spread and to deter angry mobs from coordinating harassment efforts. It may provide a better venue for scientists to connect with journalists and one another, but its current user base is a tiny fraction of Twitter’s.

Until now, scientists were locked into staying on Twitter by the “network externality” problem — the value of Twitter comes from the community there, and unless scientists could move en masse to a new home, there was no incentive for any individual or small group to switch. Mr. Musk may have broken that particular dam.

Twitter could survive, of course, though probably in a different form‌‌. Competitors are sure to emerge. We would do well to think about what aspects of Twitter served scientists effectively during the crisis and what aspects created problems‌‌. How can we design systems that will better serve scientific communication among scientists, between scientists and the media, and between scientists and the public? Can a single platform do ‌‌all those things well? Or did the Covid research community end up using Twitter for too many purposes? Perhaps most critical‌‌: Can a social media platform optimized to sell ads ever do a good job of ‌fostering open, good-faith exchange of accurate information?

As we consider how social media can serve science and society going forward, we ‌should notice how the profit models that underpin the whole endeavor stand in the way of the honest discussion of science. Most of the time that’s just annoying. ‌‌In a pandemic, inhibiting the flow of accurate scientific information can be deadly.

Carl T. Bergstrom (@ct_bergstrom) is a professor of biology at the University of Washington and a co-author of “Calling Bullshit: The Art of Skepticism in a Data-Driven World.”