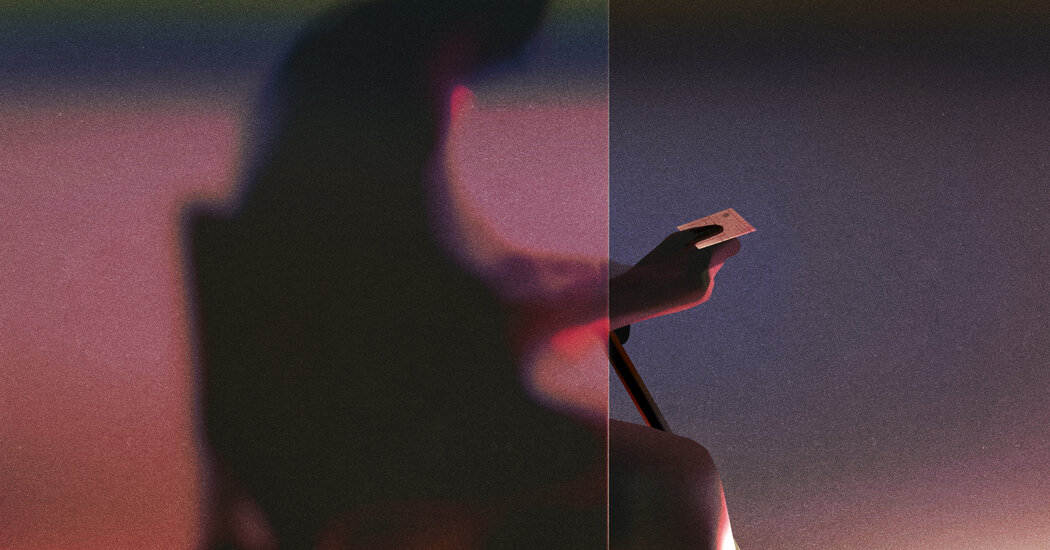 Americans received their first Covid-19 vaccine doses in December 2020, which means we are now approaching the beginning of the third year of the pandemic’s vaccine phase. And yet hundreds of Americans are still dying each day. Who are they? The data offers a straightforward answer: older adults.

Though it’s sometimes uncomfortable to say it, the risk of mortality from Covid has been dramatically skewed by age throughout the pandemic. The earliest reports of Covid deaths from China sketched a pattern quickly confirmed everywhere in the world: In an immunologically naïve population, the oldest were several thousand times more at risk of dying from infection than the youngest.

But the skew is actually more dramatic now — even amid mass vaccinations and reinfections — than it was at any previous point over the last three years. Since the beginning of the pandemic, people 65 and older accounted for 75 percent of all American Covid deaths. That dropped below 60 percent as recently as September 2021. But today Americans 65 and over account for 90 percent of new Covid deaths, an especially large share given that 94 percent of American seniors are vaccinated.

Yet these facts seem to contradict stories we’ve told about what drives vulnerability to Covid-19. In January, Joe Biden warned that the illness and death threatened by the Omicron variant represented “a pandemic of the unvaccinated.” But that month, in which nearly 85,000 Americans died, the unvaccinated accounted for 59 percent of those deaths, down from 77 percent the previous September, according to analysis by the Kaiser Family Foundation. The share of deaths among older adults that January was nearly 74 percent.

Over the months that followed, the unvaccinated share of mortality fell even further, to 38 percent in May 2022. The share of deaths among people vaccinated and boosted grew significantly as well, from 12 percent in January 2022 to 36 percent in April. Those levels held roughly steady throughout the duration of the summer, during which time just about as many boosted Americans were dying as the unvaccinated. The share of deaths among older adults kept growing: In April, 79 percent of American deaths were among those 65 and older. In November, 90 percent.

As many Twitter discussions about the “base rate fallacy” have emphasized, this is not because the vaccines are ineffective — we know, also from the Centers for Disease Control and Prevention data, that they work very well. Estimates of the effectiveness of updated bivalent boosters suggest they reduce the risk of mortality from Covid in Americans over the age of 12 by more than 93 percent compared with the population of unvaccinated. That is a very large factor.

But it isn’t the whole story, or vaccinated older adults wouldn’t now make up a larger share of Covid deaths than the unvaccinated do. That phenomenon arises from several other factors that are often underplayed. First is the simple fact that more Americans are vaccinated than not, and those older Americans most vulnerable to severe disease are far more likely to be vaccinated than others.

It is also partly a reflection of how many fewer Americans, including older ones, have gotten boosters than got the initial vaccines: 34 percent, compared with 69 percent. The number of those who have gotten updated bivalent boosters is lower still — just 12.7 percent of Americans over the age of 5.

Finally, vaccines are not as effective among older adults because the immune system weakens with age. It’s much harder to train older immune systems, and that training diminishes more quickly. In Americans between the ages of 65 and 79, for instance, vaccination reduced mortality risk from Covid more than 87 percent, compared with the unvaccinated. This is a very significant reduction, to be sure, but less than the 15-fold decline observed among those both vaccinated and bivalent-boosted in the overall population. For those 80 and above, the reduction from vaccination alone is less than fourfold.

That is a very good deal, of course. But it also means that, given the underlying age skew, vaccinated people in their late 80s have a similar risk of Covid death as never-vaccinated 70-year-olds. Which is to say, some real risk. If it was ever comfortable to say that the unconscionable levels of American deaths were a pandemic of the unvaccinated, it is surely now accurate to describe the ongoing toll as a pandemic of the old.

So why aren’t we?

One answer is that as a country, we prefer just to not see those deaths at all, regarding a baseline of several hundred deaths a day as a sort of background noise or morbid but faded wallpaper. We don’t need to understand who is dying or why in part because we don’t want to reckon with the fact that around 300 Americans are now dying from Covid-19 every day, at a rough pace of about 100,000 per year, making it the country’s third leading cause of death. This is normalization at work, but it is also a familiar pattern: We don’t exactly track the ups and downs of cancer or heart disease either.

Another answer is that — partly to promote good behavior, partly to more easily blame others for our general predicament — the country spent a lot of time emphasizing what you could do to protect yourself, which left us without much of a vocabulary to describe what underlying vulnerability inevitably remained. Vaccine refusal was a cancer on the American experience of the Covid years — that is undeniable. But we got so comfortable equating personal choices and individual risk that even identifying vulnerabilities came to feel like an accusation of irresponsibility. And where does that leave older adults? In a pandemic of the unvaccinated, what do you say to or about the 41 percent of Americans who died in January who’d gotten their shots? Or the roughly 60 percent of them that died this summer?

Many of us were also turned off by dismissive rhetoric from the beginning of the pandemic, when those minimizing the threat pointed to the disproportionate risks to the very old as a reason to not worry all that much about limiting spread. The country as a whole may be ageist, without all that much empathy for the well-being of octogenarians and nonagenarians. But hearing the conservative commentator Ben Shapiro or the Texas lieutenant governor Dan Patrick so blithely dismissing the deaths of older adults in 2020 probably made the whole subject seem considerably more taboo to the rest of us than it might’ve been otherwise.

Throughout the last few years, the country has also struggled to consider individual risk and social risk separately. In the first year of the pandemic, we seemed to build our sense of individual risk backward from the social need to limit spread — underemphasizing some of the differential threat and focusing instead on universal measures like social distancing and mask wearing. With the arrival of vaccines, we began to build a collective picture of social risk in the opposite way, up from an individual basis instead.

The picture that resulted was hugely relieving to most of us without being, at the highest levels, misleading: Vaccination and natural immunity had indeed dramatically reduced the country’s overall mortality risk from Covid. But while it’s comforting to believe that protection is a choice, for some populations ,it isn’t. And in moving pretty swiftly from treating everyone as high risk to treating everyone as low risk, we neglected to pay much attention to the differential of risk: that even if the average American had reduced his or her chances of dying from Covid by a factor of five or 10, 300 or more Americans might still be dying each day for many months, and there were probably some targeted things to do about that.

What are they? There is no simple or silver-bullet solution, which may be another reason we’ve spent more energy on the need for vaccination than on the vulnerabilities of age (that is, the fix is far more straightforward). But clearer communication — from public health officials to politicians and the media — about differential risk could nevertheless help, emphasizing not just that more shots are good but that different groups probably need different approaches, and that even with up-to-date vaccination and bivalent boosting, infection represents a considerable threat to older adults.

More targeted guidance might also underline the way that boosters still deliver what would have seemed like mind-blowing reductions in risk two years ago, even if they don’t eliminate it entirely, and point to certain settings where rapid testing should continue or be reinstituted (nursing homes, say). And there is surely much more to be done to aggressively promote treatments like Paxlovid, which are being criminally underutilized given their efficacy in vulnerable populations. (Their efficacy for younger and healthier people remains a kind of open question.) And while infrastructure investments and other mitigation strategies do not come as cheaply as communication, there is a bundle of things we know could help reduce transmission almost invisibly, without really burdening individuals: higher indoor air quality standards, for instance. You might even choose to target those investments and improvements less in schools than in care facilities, too.

Would all that be sufficient? Probably not to eliminate some ongoing death toll, unfortunately, given how promiscuously the disease is spreading. But it would presumably reduce by some fraction those hundreds of deaths we’re seeing each day. At the moment, the country is treating those deaths as the cost of normalcy.

David Wallace-Wells (@dwallacewells), a writer for Opinion and a columnist for The New York Times Magazine, is the author of “The Uninhabitable Earth.”