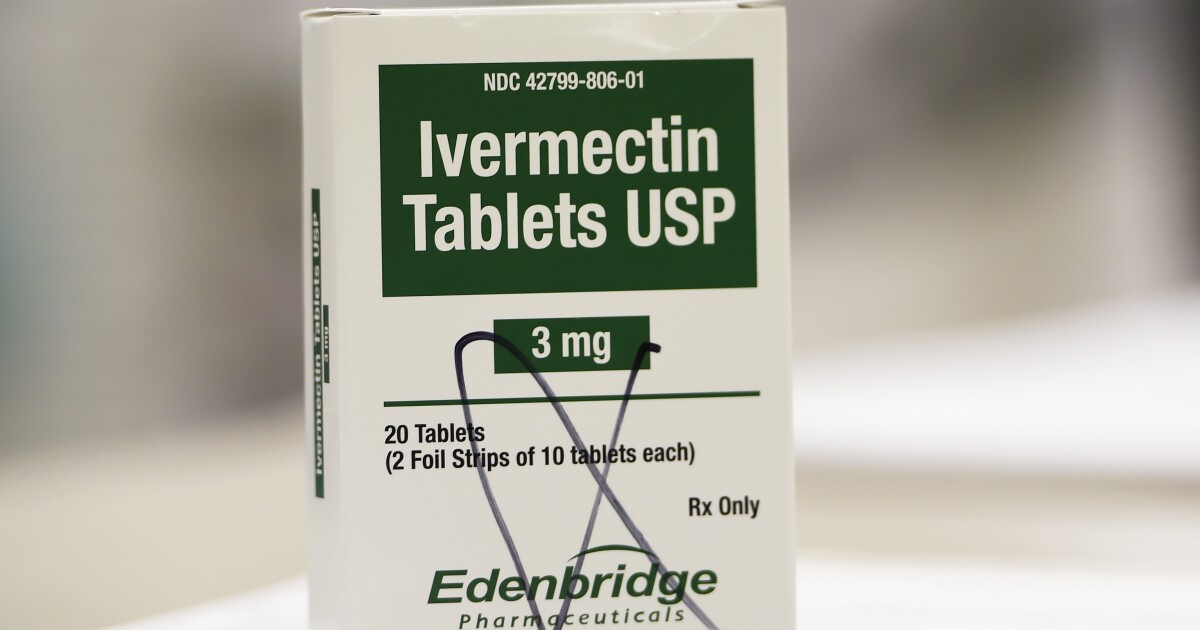 COLUMBUS, Ohio — A new bill proposed by House Republicans would require boards of health to “promote and increase distribution” of drugs, such as ivermectin, to combat COVID-19. Health professionals who don’t do this would be penalized.

The four main drugs that the bill includes are ivermectin, hydroxychloroquine, azithromycin and budesonide. Each is an unapproved method to combat COVID-19. The bill’s language also requires doctors to promote and increase distribution of any other drug or therapy that “may be proven effective or deemed beneficial” by the patient’s “treating health care professional in consultation with the patient or patient’s legally authorized representative.”

Ivermectin and hydroxychloroquine are the bigger names, becoming phenomenons during the pandemic after some since-debunked clinical trials went viral. The former is an anti-parasitic, mainly used for horses, and the latter is typically used to treat malaria.

This bill comes after a woman sued a Cincinnati hospital for refusing to give her husband ivermectin to treat COVID-19 in 2021. The judge sided with the hospital, saying there was no evidence Ivermectin was proven to work. Now, lawmakers in Ohio want to make that option readily available for everyone.

Although doctors say options are important, there’s a difference between a drug proven to work and one that isn’t.

“There’s absolutely no benefit from ivermectin,” said Dr. Donald Dumford, medical director for infection prevention at Cleveland Clinic Akron General Medical Center. “If you would take ivermectin or take a sugar pill and you’re hoping to prevent COVID, you’re going to get just as much of an effect out of that sugar pill.”

Studies like the New England Medical Journal’s show that the anti-parasitic is not at all effective in reducing the risk of hospitalizations, Dumford said.

“If it doesn’t work, it doesn’t work,” Ferguson said. “That’s the whole concept of ‘Right to Try.’ Let’s give people the ability to have that, so at least they can look back and say, ‘I did everything that I thought that I could for my own health care.’”

The Republican added that this doesn’t impact anyone but the individual taking the pill. The doctor disagreed in two ways.

“We do see people that have cardiac problems with hydroxychloroquine; we can see neurologic problems from ivermectin,” Dumford added. “If we’re looking at even something that’s a minimal risk, it’s still not worth that risk.”

In addition, the vaccines work, he added. By not taking the vaccine and only taking the anti-parasitic or anti-malaria medications, you can infect other people, Dumford said.

The Cleveland Clinic is seeing more positive cases locally than a couple of weeks ago, especially in regards to lab positivity, the doctor added.

“Out of the number of people who had symptoms that may be consistent with COVID, about 2% were testing positive for COVID,” he said, referencing a few weeks ago. “Now we’re seeing that start to climb towards 8% to 10% – and when we’ve seen that before, after that, we’ve seen a spike in the total number of cases.”

He credits the vaccine as a “game-changer” in the pandemic, with millions of lives being saved.

Even though the vaccine is FDA-approved and is credited by doctors as saving millions of lives, it’s only a year old, Ferguson said. When asked what he would say to people who ask why health departments should promote and increase distribution of a drug that is proven to be ineffective, the Republican said there is too much unknown.

“I think that we probably are a long way away from truly proving what is effective or ineffective for COVID-19, because somethings only been around for two years and you look at therapies and drugs and things that have that have come out and existed for other diseases or viruses, [it] takes a lot longer for two years for us really to get the sample size, we need to know definitively what the best options are for each and every scenario,” he said.

Health care workers have to deal with fear around the vaccine all the time due to rhetoric that it hasn’t been researched, Dumford said.

“We’re dealing with ‘new’ technology that’s thought to be new, although this technology has been around for decades,” he added. “It’s just finally had the ability to be applied to a clinical syndrome.”

If people use the argument that they did their “own research,” the doctor adds that they would see what he does.

“If you’ve done a good job of doing your research on ivermectin and COVID, that’s not something that should be offered, because as we said, with all these clinical trials that have been done, there’s really no benefit that we’ve seen in prevention or treatment of COVID.”

Although the major details of the bill are not ironed out yet, the bill states that any department, health care facility, government entity or official will be penalized for suppressing access to the alternative medications. Those details will be decided during the committee process, Ferguson added.

“I think what we need to most importantly do is stay focused on that front end, which is making sure that if a person believes that any drug that we know, all these drugs are FDA-approved for different uses, they have the ability to use an off-label use that their health care professional thinks is worthwhile,” he said.