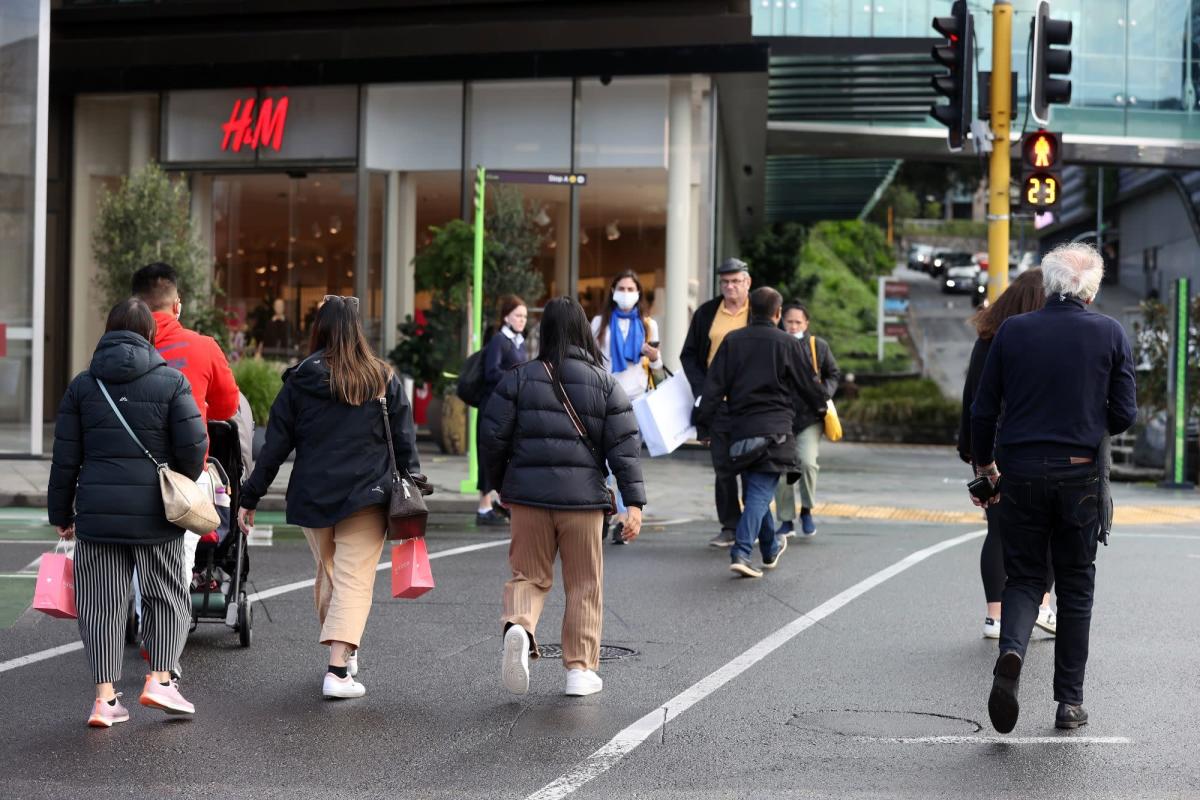 (Bloomberg) — New Zealand’s economy unexpectedly contracted in the first quarter as Covid-19 ran rampant through the population for the first time and interest rates rose in response to soaring inflation.

Gross domestic product fell 0.2% from the fourth quarter, when it gained 3%, Statistics New Zealand said Thursday in Wellington. Economists forecast a 0.6% increase. From a year ago, the economy expanded 1.2%, just half the 2.4% predicted by economists and cooling from its 3.1% annual pace in the previous quarter.

The slowdown is unlikely to deter the Reserve Bank from raising borrowing costs further to get control of inflation, which may exceed 7% this quarter. With house prices falling and global uncertainty elevated, some economists say the risk of a recession in 2023 is rising.

The New Zealand dollar fell as much as 0.4% after the data. It bought 62.77 U.S. cents at 11:28 a.m. in Wellington, down from 62.84 cents beforehand. Bond yields and swap rates fell, with the yield on two-year government debt extending its decline to 17 basis points.

Expectations for quarterly GDP varied widely. Three of New Zealand’s biggest banks tipped zero growth while the Reserve Bank forecast a 0.7% expansion. Only one of 18 surveyed economists called a contraction.

The economy was disrupted in the first three months of the year, when Covid-19 swept the entire country for the first time. That left many industries short of staff and customers as people isolated or worked from home.

At the same time, the tourism industry was struggling behind a closed border and soaring fuel and food costs began to damp discretionary spending. The government cut fuel taxes in mid-March to provide relief for consumers and began progressively opening the border to foreign visitors from April.

The RBNZ, which started raising rates in October, last month announced a second successive half-percentage-point hike. It increased the Official Cash Rate to 2% and signaled it wanted to raise the benchmark “at pace” toward 4%.

Most economists see another half-point increase in July but many tip quarter-point adjustments thereafter as higher borrowing costs start to squeeze households.

House prices dropped 5.6% in the three months through May as higher mortgage rates started to bite, the Real Estate Institute said yesterday.

The first-quarter contraction was led by primary industries and manufacturing, while services were flat, the statistics agency said.