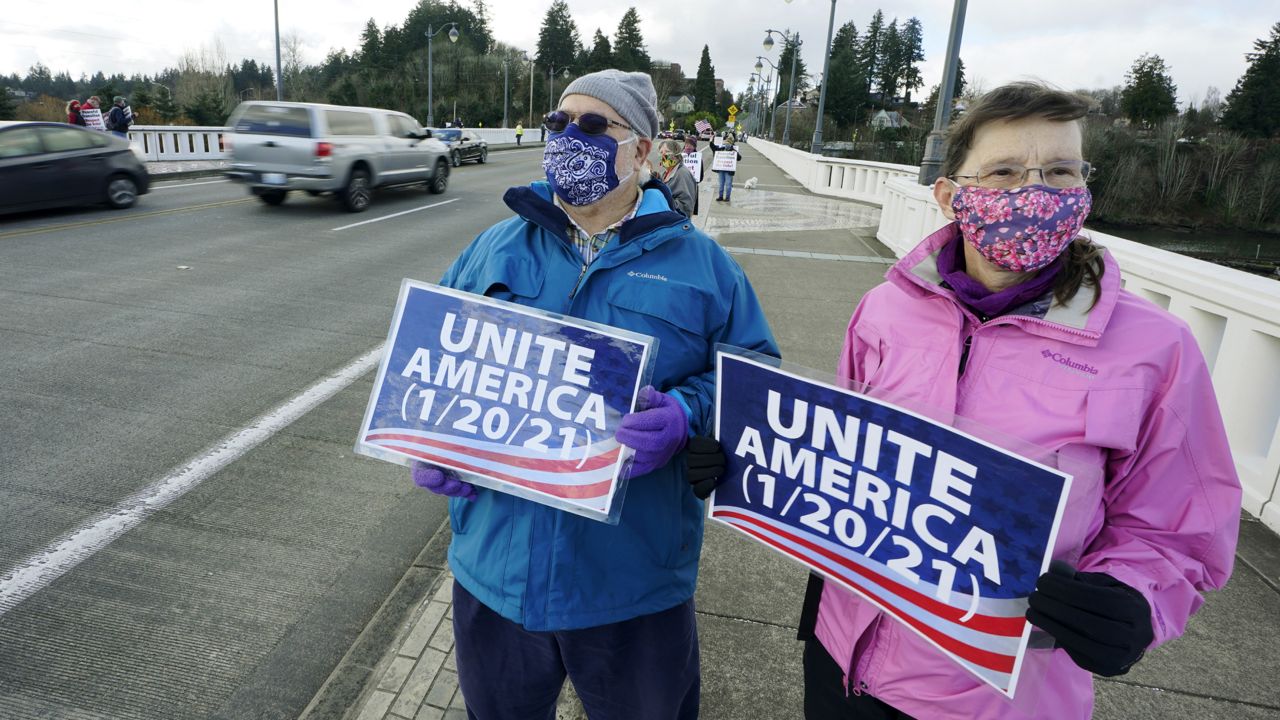 A new poll is shedding light on the distrust Americans feel towards the federal government and towards members of opposing political parties, painting a grim picture of the state of partisan politics across the country.

Across party lines, over a quarter of voters – 28% – agreed that “it may be necessary at some point soon for citizens to take up arms against the government.” Thirty-seven percent of individuals in both parties who own a gun identified the same way.

The survey also asked respondents a number of questions aimed at gleaning information on how the American public views the federal government as a whole, and to examine the ever-growing divide between Democrats and Republicans.

Nearly two-thirds of respondents who identified as either Republican or independent agreed the government is “corrupt and rigged” against them, compared to around 50% of Democrats.

Just under half of all respondents said they felt “more and more […] like a stranger in my own country,” though the answers varied widely by political party: 69% of those who identified as “strong Republicans” and 65% of those who identified as “very conservative” saying they feel increasingly ostracized in the U.S. compared to just 38% of Democrats.

The poll reflects “the dangerous level of estrangement many Americans feel from each other and our democratic institutions,” the authors wrote in part.

“The portrait that it paints reveals not only the growing divides we have witnessed in recent years but strong sentiments that the majority of media outlets contribute to these divisions by intentionally misleading their audiences to promote a political point of view,” they added.

Newhouse also noted that while political polarization has increased in recent years, the new poll results contain “the starkest evidence of the deep divisions in partisan attitudes rippling through the country.”

That evidence can be seen in the amount of Democrats and Republicans who believe their opposing party are “generally bullies who want to impose their political beliefs on those who disagree,” with 73% of Republicans agreeing and 74% of Democrats saying the same.

The survey came in the midst of a bevy of Congressional hearings over the Jan. 6 insurrection on Capitol Hill, a nationwide debate over gun reform and faltering confidence in President Joe Biden’s performance as inflation has skyrocketed to the highest levels in recent history.

The survey itself is subject to a number of limitations, not least of which being its small sample size of 1,000 registered voters nationwide.

But a number of other studies have highlighted the increasing political polarization in the United States over the course of the past decade – with the COVID-19 pandemic and the 2020 presidential elections providing insight into how “pervasive the divide in American politics is relative to other nations,” according to Pew Research.

Both Pew Research and the poll from the University of Chicago point to increasingly partisan media sources and an increase in individuals who get their news from social media as a driving force behind the growing divide between parties in the U.S.

Respondents from opposing parties had widely differing views on various cable news stations and social media platforms. Around 47% of total respondents said they believed CNN makes a “good faith effort” to report unbiased news, compared to 37% for Fox News and 22% for both Facebook and Instagram, though 52% of Americans across party lines said they frequently turned to Facebook as a source of news.

But 68% of Republicans believed CNN is “intentionally trying to mislead their viewers and readers in order to persuade people to take a political point of view,” while 64% of Democrats believed the same of Fox News.

“What this survey shows is how isolated we are in media silos and the degree of skepticism people feel about the integrity of news sources,” Benenson wrote in part of the responses. “It’s one of the many challenges reflected in this data that are red flashing lights.”

Still other experts point to psychological factors behind the increasing polarization.

“Existential fear appears to be at the heart of what drives polarization,” Kirk Schneider, an expert in existential-humanistic therapy, told the American Psychological Association in early 2021, adding: “One reason we tend to become fixated and polarized is because of individual and collective trauma that associates with a profound sense of insignificance.”

Contributing to the issue might be so-called identity stacking, in which identifiers like race, religion and regional location build upon partisan politics – a particularly American issue that has been extensively researched in recent decades.

There are, of course, a number of organizations working to bridge these divides – including Braver Angels, a New York-based nonprofit erected in the wake of the 2016 presidential election, which aims to foster personal connections between Democrats and Republicans to showcase what both parties have in common.

“We try to model what constructive cross-partisan discourse might look like, in the media space,” co-founder Ciaran O’Connor said in a recent interview. “Our real goal is to build a national movement to bridge the divide and hold the country together, as things become more polarized — and more dangerously polarized.”

The group is hosting a public meeting on “Skills for Bridging the Divide” in Illinois this Wednesday.