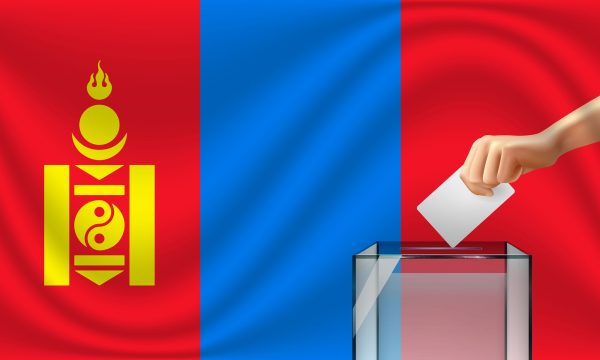 Mongolia is gearing up for a second constitutional amendment in the space of just three years. The previous 2019 amendment strengthened the powers of the prime minister, capped the number of MPs who can hold ministerial positions to four, and limited the maximum term of the presidency from two four-year terms to one six-year term, in order to end “development-hampering” political instability.

The key elements of the current amendment proposal are the enlargement of the legislature, re-introduction of a proportional component to the parliamentary elections, introduction of indirect elections for the president, increasing the cap of minister-MPs and simultaneous reform of the political parties, which should go in parallel to the amendments.

However, the clumsy rationale provided for the amendments, citing external geopolitical factors and the need to avoid becoming “Kazakhstan or Ukraine,” as well as the track record of the ruling Mongolian People’s Party, suggest that the amendments may simply be a veiled opportunism for a previously unfinished job – to get rid of the direct presidential elections.

What started as a signature collection initiative by the Hun Party – which holds a single seat in parliament – to amend the constitution has surprisingly received support from both the ruling Mongolian People’s Party and the main opposition Democratic Party and if the amendments pass there may be an early parliamentary election in 2023.

On June 9, following few rounds of extended discussions with non-parliamentary parties, 24 political parties signed a joint declaration confirming their support for the constitutional amendment. On June 27, again as a result of a petition by the Hun Party MP, the Constitutional Court reversed its 2016 ruling, allowing for the parliamentary election to be held through a mixed system with a proportional component, a format used in the 2012 parliamentary elections.

The enlargement of the legislature failed to gain enough support in 2019, but times have changed. The current mainstream view is to double the number of MPs from the current 76 to 140-150, with subsequent budgetary funding for the parliamentary parties. Certain corners also suggest having upper and lower chambers, as opposed to Mongolia’s current unicameral legislature, but such ideas are unlikely to gain traction simply due to the lack of research and familiarity within the political class and the electorate.

The key argument for the enlargement of the legislature is the fact that the current parliament is disproportionally small compared to the size of the population and that the limited number of seats is contributing to corruption and making Mongolian politics vulnerable to influence operations from abroad. Technically, the accompanying increase to the number of MPs who can hold ministerial positions mirrors the proposed enlargement of the legislature. However, one also has to keep in mind that due to factional politics the current prime minister has been unable to appoint people to two newly created ministerial positions.

Similarly, the re-introduction of proportional component to elections, which failed to gain support in the 2019 constitutional amendments, has returned to the fore. The fact that numerous if not the majority of voters in any given district currently do not gain any representation because of the single-mandate majoritarian system is a strong enough reason for such a change. Similarly, the proposal is designed to reverse the diminishing voter turnout in Mongolia’s elections and increase the legitimacy of the government institutions in the eyes of the electorate.

The proponents of indirect presidential elections argue that Mongolia needs parliamentarianism, in its pure form, and believe that a strong president with certain executive branch powers has contributed to political deadlock. This idea is not new; it has been brewing since 2016 when the previous MPP-led parliament proposed to elect the president from the MPs and members of the local citizen representative councils. It reiterated this stance after the 2020 parliamentary elections.

A simultaneous reform of the political parties, aimed primarily at decreasing corruption and increasing internal democracy within the parties, is considered an overdue necessity across the political classes. A new draft law on the political parties is being developed by the Office of the President. The move is partially motivated by the experience of the 2012 parliamentary elections, where one-third of the seats were elected through the proportional system – this provided party leaders with a chance to effectively sell the proportional component seats to the vested interest groups. The arguments against such cross-party interest group, commonly dubbed as “MANAN” (meaning “fog/haze”) for a combination of the Mongolian People’s Party (MAN) and Democratic Party (AN) acronyms, turn contributed to reversing the election system, brining a return to a purely majoritarian voting system in the 2016 elections.

Yet, the newfound urgency and the sudden consensus among Mongolia’s political class on these amendments seem to smack more of clumsy opportunism rather than a genuine desire for reform.

First, the comparisons with Ukraine and Kazakhstan are mere PR rather than a proper understanding of the causes and processes that led to the war in Ukraine or the January 2022 events in Kazakhstan. Keeping in mind that no serious discussions about Ukraine or Kazakhstan have happened within Mongolia’s political establishment, the idea that politicians are serious about avoiding these scenarios through strengthened parliamentarism is a wishful thinking –  and the odd comparisons prove an awkward cause of foreign policy frictions.

Ironically, the recent reversal of the 2016 Constitutional Court ruling, and the renewed possibility of holding parliamentary elections with a proportional component, removes at least part of the rationale for the new constitutional amendments. In the same vein, a vigorous reform of the political parties would by itself be enough to increase intra-party democracy, motivate voters for greater turnout, decrease corruption, and diminish foreign interference.

The argument about the vulnerability to foreign influence has some ground. Indeed, the 2017 presidential elections was seen by the public as a choice between a pro-Russian and pro-Chinese candidate. The eventual winner from the opposition Democratic Party indeed worked to bring Mongolia closer to the Kremlin’s orbit. Even so, such a feat would not have been possible without active collaboration from the ruling Mongolian People’s Party, whose lack of transparency made it possible to push through controversial policy moves such as the reversal of Mongolia’s permanent neutrality. Even if parliament gets enlarged and the president gets elected indirectly, those changes would not lead to better scrutiny of the political system as long as the Mongolian People’s Party remains in power, with its absence of internal democracy and opaque decision making. The MPP’s current support for call for constitutional amendments initiated by a small party is by itself a proof that the real decision was already made behind the scenes.

The real interest of the ruling Mongolian People’s Party appears to be using its parliamentary supermajority to push through a change to indirect presidential elections. At a time when the MPP controls all branches of the government, big business interests, which see the presidency as an unpredictable office that can pave the way for leftist and pro-redistribution politicians, seem to have decided to seize an opportunity it may not have after 2024 parliamentary elections.

Without a popularly elected president in a country with increasing wealth disparity, the kleptocracy would have much more predictable election outcomes. On the other hand, given the COVID-19 pandemic’s impact on the socially vulnerable, the priority of avoiding a “populist” president might be ever more pressing.

With the absence of a popularly elected president, increased overlap between the parliament and executive branch, and an already weak judiciary, there will be an acute deficit of checks and balances, cementing Mongolia’s dominant party syndrome and moving the country farther down the path of democratic regression. At the same time, the Mongolian political parties that signed onto the June 10 declaration have no way of ensuring that the new law on the political parties will be passed at all or have the desired impact on the political institutions.

In this context, the real function of the enlargement of the legislature and proportional voting, with a near-guaranteed return of small parties to the parliament, and the increase of the number of minister-MPs, serve simply as the tools to buy political support from other political parties for introducing indirect presidential elections. Perhaps it is no surprise that the current push for constitutional amendments was initiated by the Hun Party, which in 2021, also petitioned the Constitutional Court to bar the sitting president from re-running, which conveniently saved the ruling MPP from U-turning on the previous position to let the president run for a second term. As a result, the 2021 presidential elections were denied of real competition, as the key opposition could not field its top candidate and the electorate was not given a chance to make an informed choice.

Despite having the means and mandate to fight corruption and inequality, Mongolia’s political class seems to be opting for further disenfranchisement of the vulnerable.