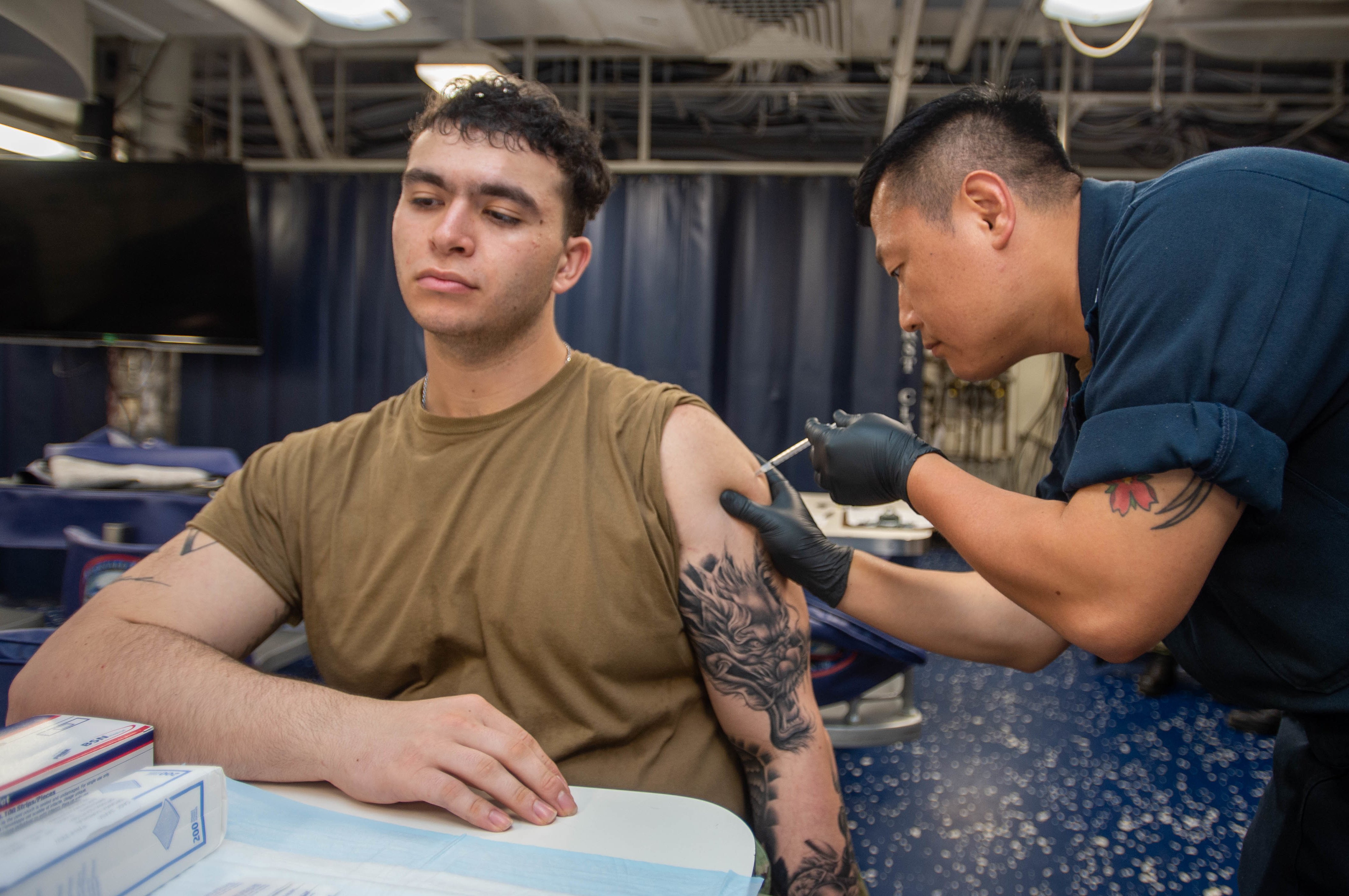 About 2,600 active-duty sailors remain unvaccinated against COVID-19 a year after the deadline for mandatory vaccination.

The Navy separated 177 active-duty sailors over the past month, according to the monthly COVID-19 update. The sea service also separated two members of the reserve for refusal to get vaccinated against COVID-19.

With the most recent separations, the Navy has dismissed 1,712 sailors from the Navy, all of whom have received an honorable discharge, according to the update.

There are still 3,040 members of the reserve who are not yet vaccinated. The approximately 5,700 reserve and active sailors who are not vaccinated can include those who received administrative or medical exemptions.

That total includes anyone who filed a religious exemption request as the Navy cannot separate sailors who asked for a religious waiver under an active class action lawsuit against the sea service.

The sea service granted 14 religious waivers for members of the Individual Ready Reserve and one for a sailor in the Selected Reserve on the conditional basis that mandatory vaccination would apply if called to active or reserve duty.

The Navy also granted 50 religious waivers for active-duty sailors, but these religious exemptions are likely for members of the service who elected to leave or retire, USNI News previously reported.