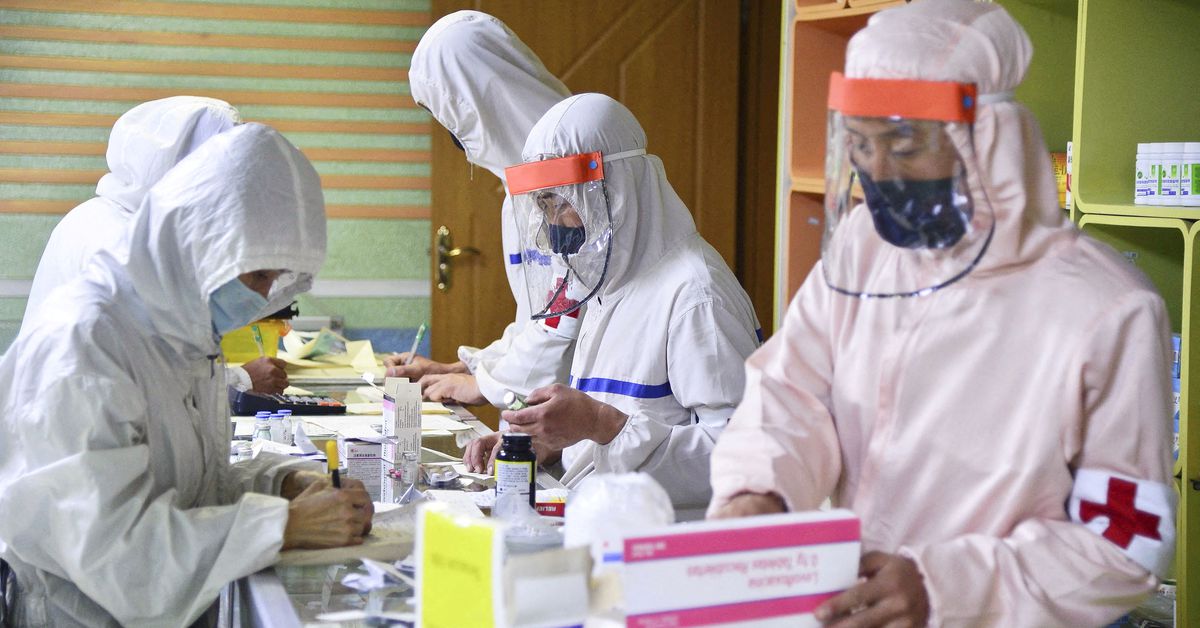 Members of the North Korean army supply medicines to residents at a pharmacy, amid growing fears over the spread of the coronavirus disease (COVID-19), in Pyongyang, North Korea, in this photo released by Kyodo on May 18, 2022. Mandatory credit Kyodo/via REUTERS

Daily new cases of fever in North Korea, as reported by its state news agency, KCNA, have been declining since the reclusive country first acknowledged in mid-May that it was fighting an COVID-19 outbreak. But it has yet to reveal how many of those cases tested positive for the coronavirus. read more

North Korea did not import any face masks, thermometers, rubber gloves, ventilators or vaccines from China in May, according to data released by Chinese customs on Monday.

That compared with imports of more than 10.6 million masks, nearly 95,000 thermometers and 1,000 non-invasive ventilators from China in January-April. read more

South Korea and the United States have offered to provide help, including vaccines, but Pyongyang has not responded. read more

As Pyongyang has never directly confirmed how many people have tested positive for the virus, the World Health Organization said in June that it assumed the situation was getting worse, not better. read more