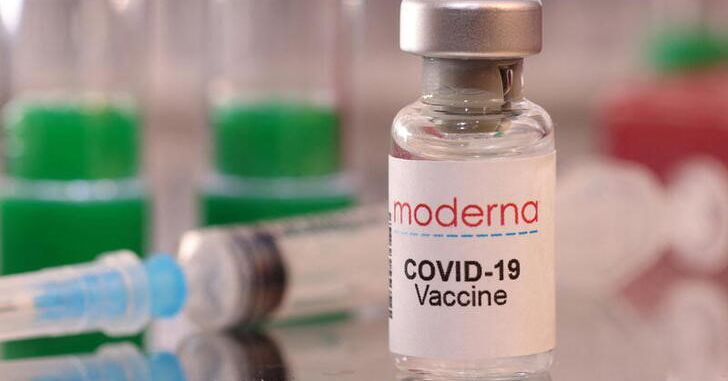 (Reuters) – Facing claims that its COVID-19 vaccine violates the patent rights of two biopharma companies, Moderna Inc told a Delaware federal court on Friday that the companies should have sued the U.S. government instead.

Moderna said it is shielded from the lawsuit brought by Arbutus Biopharma Corp and Genevant Sciences GmbH, thanks to its agreement to supply the vaccine to the federal government. It cited a federal law that was previously used to keep patent claims from interfering with the supply of war materials during World War I.

“Short of war, it is difficult to conceive of a situation more within the heart” of the statute “than the COVID-19 crisis,” Moderna said in a filing asking the court to dismiss the lawsuit.

It said its vaccine did not infringe the companies’ patents, “but that dispute is for later.”

A spokesperson for Genevant said Monday that Moderna was “trying to shift responsibility for its patent infringement to the U.S. taxpayer” instead of responding to the claims.

The U.S. Food and Drug Administration on Monday declined to comment on Moderna’s filing.

Moderna said in a statement that Arbutus and Genevant had “sued the wrong party in the wrong court,” and denied that its technology infringed.

LNPs have been at the center of multiple patent lawsuits involving Moderna and Pfizer’s COVID-19 vaccines.

Arbutus and Genevant asked for royalties on Moderna’s multi-billion dollar sales of the vaccine. But Moderna said Friday that their only recourse is to sue the federal government in the U.S. Court of Federal Claims because Moderna supplied the shots for the government’s nationwide vaccination effort.

(NOTE: This story has been updated with a response from the U.S. Food and Drug Administration.)