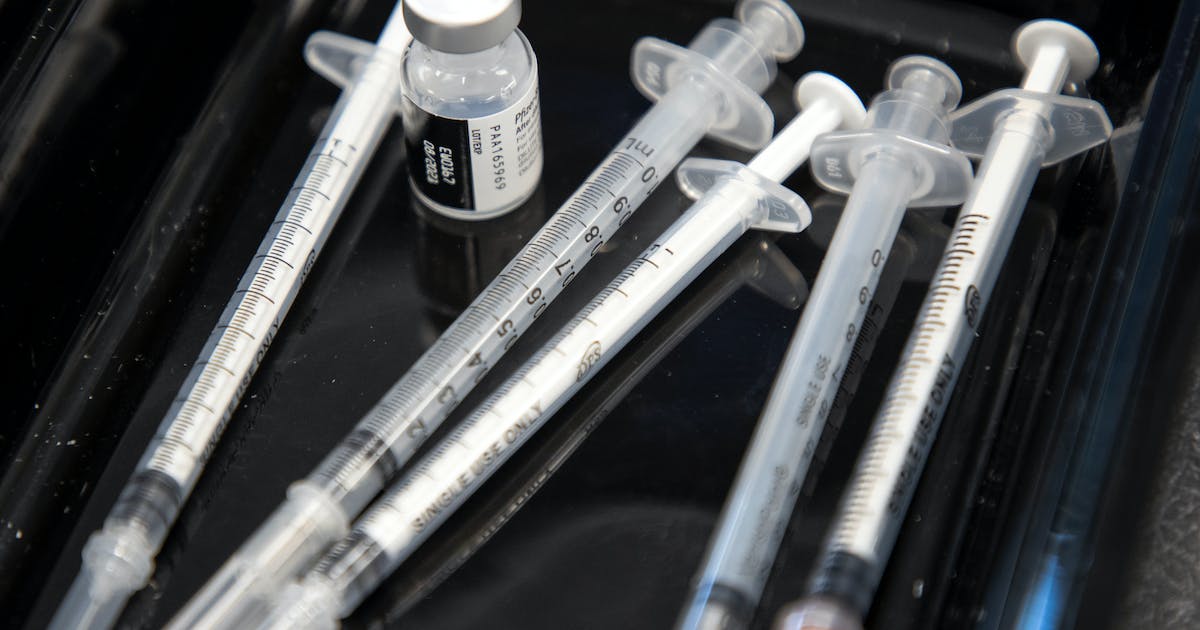 Minneapolis Public Schools will no longer require employees, contractors or volunteers to get the COVID-19 vaccination or file for an exception.

The school board voted unanimously Tuesday night to lift one of the last remaining local government vaccine mandates in the Twin Cities.

In a memo to the board, Interim Superintendent Rochelle Cox said about 83% of district employees had been vaccinated against COVID-19 since the mandate was enacted. She also said the district has added seven paid sick days for its employees this year in order to allow for isolation to curb the spread of disease.

Ditching the requirement, Cox said, “is in alignment with what our local neighboring government entities have done.”

The city of Minneapolis dropped its vaccine mandate in late September, weeks after Hennepin County stopped requiring employees to get the jab.

The St. Paul school board also voted to do away with that district’s COVID-19 vaccine mandate in late August while the Anoka-Hennepin district never required employees to be inoculated against the virus.

Most school districts have rolled back the bulk of their COVID-19 mitigation measures since the start of the new academic year.

The majority of Minnesota students went into fall without having to wear a mask or distance socially at school. The Minnesota Department of Health is still monitoring COVID-19 case counts across the state and updating its weekly dashboard to advise the state’s residents on which public health precautions to take.

During Tuesday’s meeting, the school board also heard staff reports on a coming resolution to adopt a universal 8:30 a.m. start time for all Minneapolis high schools. That’s when the first bell rings at six of the district’s 11 high schools already.

Meanwhile, classes at Heritage High begin at 7:45 a.m. while school starts at Edison High at 8:15 a.m. with Roosevelt, Henry and Wellstone starting between those two.

Aligning the high school schedules, official say, will make it easier to schedule shuttles for for students to the district’s career and technical education spaces.

The board will vote on that resolution in December.