The Perfect Enemy | Lieutenant Found Guilty After Breaking COVID-19 Rules in a First for the Army, But Won’t Be Punished - Military.com
Skip to content
May 27, 2022
Read Time:2 Minute 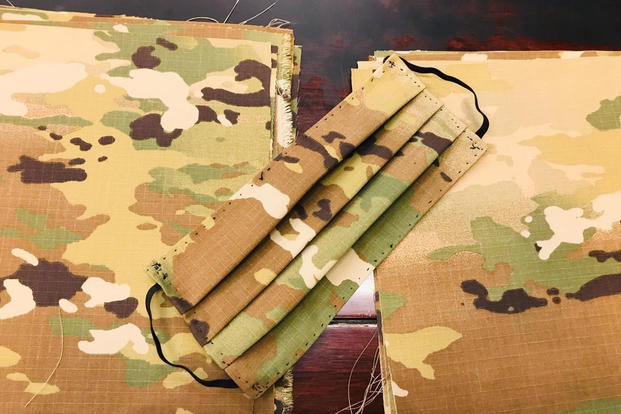 A junior officer with the Army Public Health Center at Aberdeen Proving Ground in Maryland was found guilty in the force’s first known court-martial for violating COVID-19 mandates, but will not face punishment.

First Lt. Mark Bashaw, a former company commander with the health center, was charged with three cases of failing to obey lawful orders to mitigate COVID-19 infections, according to an Army spokesperson.

In those cases, Bashaw, who serves as an entomologist, showed up to work without providing a negative test and refused to wear a mask indoors while that Defense Department mandate was still in effect.

Read Next: Justice Delayed or Denied: The National Guard Struggles with Handling Accusations of Sexual Assault and Harassment

“After a careful consideration of the evidence, a military judge exercised lawful authority not to adjudge punishment,” Amburr Reese, a service spokesperson, told Military.com in an email.

A court-martial without a formal punishment is not without precedent. Some punishments may include reduction in rank, prison time, forfeiture of pay or being removed from the service. But given that being found guilty itself can be a major blemish on a soldier’s career, judges sometimes elect not to add on additional punishments.

“A court-martial conviction carries lifelong collateral consequences of a federal conviction, beyond punishment imposed by the court,” Reese added. “Some examples may include social consequences and difficulty in obtaining future employment, as criminal convictions are generally public information and frequently reported in federal and state criminal and licensing databases.”

While Bashaw’s court-martial is the first for the service related to COVID-19, he is far from the only service member facing consequences for failing to adhere to the Defense Department’s mandates on infection mitigation. The Marine Corps in August discharged a corporal for refusing to wear a mask, the first known service member to be forced out of service for violating COVID-related rules.

However, most known punishments across the Defense Department are related to the vaccine mandate.

As of April 20, the Army has booted 345 soldiers from the force for refusing to be vaccinated. Six active-duty leaders, including two battalion commanders, have been relieved from duty. An additional 3,365 General Officer Memorandum of Reprimand, or GOMORs, have been issued. Those are often seen as career-killers for officers.

Related: Marine Corporal Discharged over Refusal to Wear a Mask

© Copyright 2022 Military.com. All rights reserved. This material may not be published, broadcast, rewritten or redistributed.