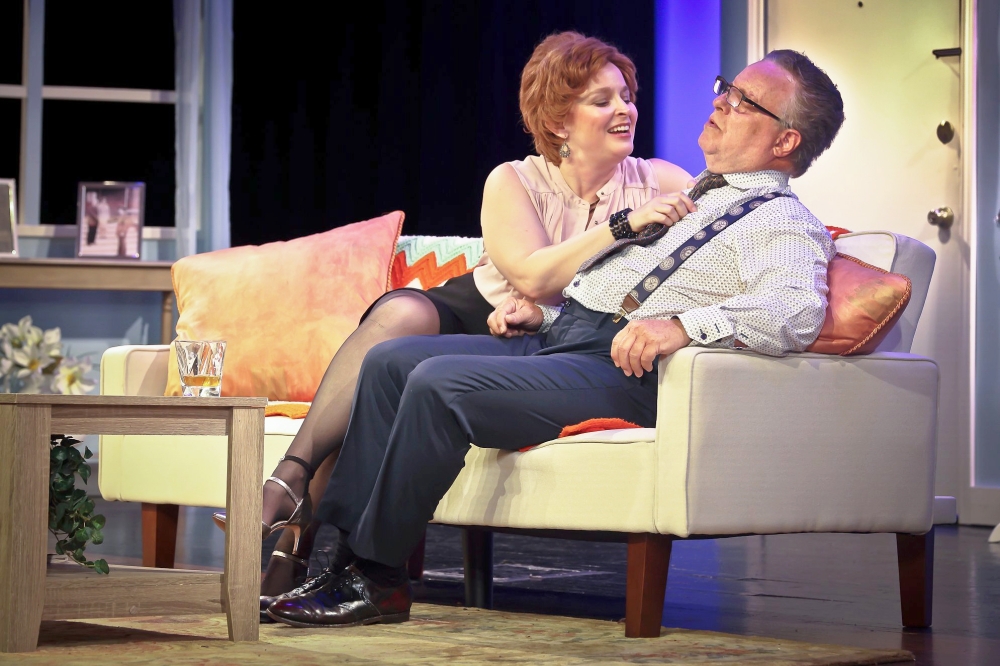 During his junior year at Kingwood Park High School in 2020, Giovanni Scottile’s burgeoning career as a musician came to a halt.

Scottile—a jazz trumpeter who performs with several ensembles at Lone Star College-Kingwood in addition to the Kingwood Big Band—had been booking gigs around the Lake Houston area. However, he was forced to put everything on hold when lockdowns were enforced to halt the spread of COVID-19 in early 2020.

“[My friend and I] used to gig two to three times a week, but it definitely took a hit,” Scottile said. “We couldn’t go anywhere. It was really tough.”

Like most industries in Texas, the fine arts community has been hit hard during the pandemic. Performances at the Charles Bender Performing Arts Center in Humble were canceled. Members of the Kingwood Chorale and Orchestra, the Texas Master Chorale, the Kingwood Big Band and the Texas Repertory Theatre Co. were unable to take to the stage for months.

“Our drama, art and music departments basically stopped all public performances and gallery shows during the [COVID-19] lockdowns of 2020-21,” said Todd Miller, the chair of the LSC-Kingwood Visual & Performing Arts Department. “This fall was the first time everything felt normal since fall 2019.”

Despite the setbacks, Sam Treynor, chair of the Lake Houston Musical Arts Society board of directors, said the fine arts community in the Lake Houston area has been growing in recent years, and he believes it will continue to expand.

In addition to providing funding for the Kingwood Big Band and the Kingwood Chorale and Chamber Orchestra, the Lake Houston Musical Arts Society promotes arts in the area.

“What’s being done here is almost like a hidden gem in the Lake Houston area,” Treynor said. “It has a talent base that does some excellent presentations … that you would otherwise have to go to downtown Houston to attend.”

From April to July 2020, Texas ranked third in the nation for the most jobs and sales losses in the creative arts industry with an estimated 190,000 jobs lost and roughly $7.3 billion lost in sales.

While Miller said the financial losses for LSC-Kingwood’s visual and performing arts department were difficult to determine, he noted the theater, music and art programs were forced to cancel all public performances and gallery shows from March 2020 until September 2021.

Similarly, Miller said the Kingwood Chorale and Chamber Orchestra and the Kingwood Big Band were forced to cancel their entire 2020-21 seasons, causing an estimated $40,000 in lost revenue for each group.

“[Before there were COVID-19] vaccines, there was a very famous case of a community college group that met and spread COVID, and several of their choir members died,” Miller said. “That rocked through the entire musical world. Everything literally shut down.”

According to Jennifer Wooden, director of the Charles Bender Performing Arts Center, all shows produced by the city of Humble were canceled during the pandemic, but she said the center was still rented out for private shows after restrictions were lifted.

“Once we started renting again, our arena and theater calendar was packed,” Wooden said.

Additionally, Wooden said staff members took advantage of the downtime to make improvements throughout the performing arts center, which includes the theater, a recreational building, an arena, a civic center and a senior activity center.

“With all of those [facilities] in my department, we were able to keep busy,” Wooden said. “The operations team did tons of … work around the facilities.”

While many organizations were faced with uncertainty during the pandemic, unique circumstances allowed the Texas Repertory Theatre Co. to avoid much of the hardship faced by its peers. Texas Repertory was forced to cancel its entire 2020-21 season, but the traveling troupe finished its first season as the resident theater company for the Charles Bender Performing Arts Center in August.

“Because we were touring, we had very little overhead, so we actually thrived artistically during the pandemic,” said Steven Fenley, founder and artistic director of Texas Repertory.

While the financial losses related to COVID-19 were severe for the arts industry, Treynor said even the months following the worst of the lockdowns were marred with difficulties.

“Trying to sing with a regular mask is very difficult,” he said. “Your glasses fog up, and you can’t breathe. It was a very interesting time.”

Scottile said even when his high school band was allowed to practice in person again, the sessions were hindered due to safety precautions.

“Once we started getting back in person, it was tough because in a band setting people are close together,” he said. “We had to spread apart, and we actually had plexiglass between us, so it was really a different type of atmosphere.”

Still, Scottile said he feels like the worst of the pandemic is behind him.

“I wouldn’t say it’s necessarily back to normal because people are still a little sketched out, but … it’s ramping back up a bit,” Scottile said.

Looking beyond the pandemic

Following the completion of its first full season as the resident theater company at the Charles Bender Performing Arts Center, Fenley said Texas Repertory members are excited for future productions in the area.

“Going downtown is more expensive and treacherous than ever before, and I think people like the fact that there’s professional theater out here,” Fenley said.

While Wooden noted Texas Repertory will not be returning as the Charles Bender Performing Arts Center’s resident theater company, she said she was looking forward to bringing additional entertainment options to the Lake Houston area.

“We have a lot of people who come in from the Heights, Cypress, Midtown and The Woodlands, so it’s really nice to have a combination of supporters and followers of the artists,” Wooden said.

Treynor noted he believes the fine arts scene in the Lake Houston area is growing despite setbacks caused by the pandemic. He said the size of the audience for the Kingwood Big Band has quadrupled from around 100 to 400 audience members since its inception in 2007.

Additionally, Treynor said the Lake Houston Musical Arts Society is looking to build a larger venue for the ensemble as well as the Kingwood Chorale and Orchestra Chamber to perform.

“We’re not far away,” Treynor said, noting the nonprofit is currently short on funding for the project.

Miller said he believes the importance of fine arts offerings in the area expands beyond simply providing entertainment.

“I think it’s important for a robust and highly developed society to have the arts to really expand on humanity and what it means to be human,” Miller said. “To have local arts made by and consumed by the local people adds value to the community.”