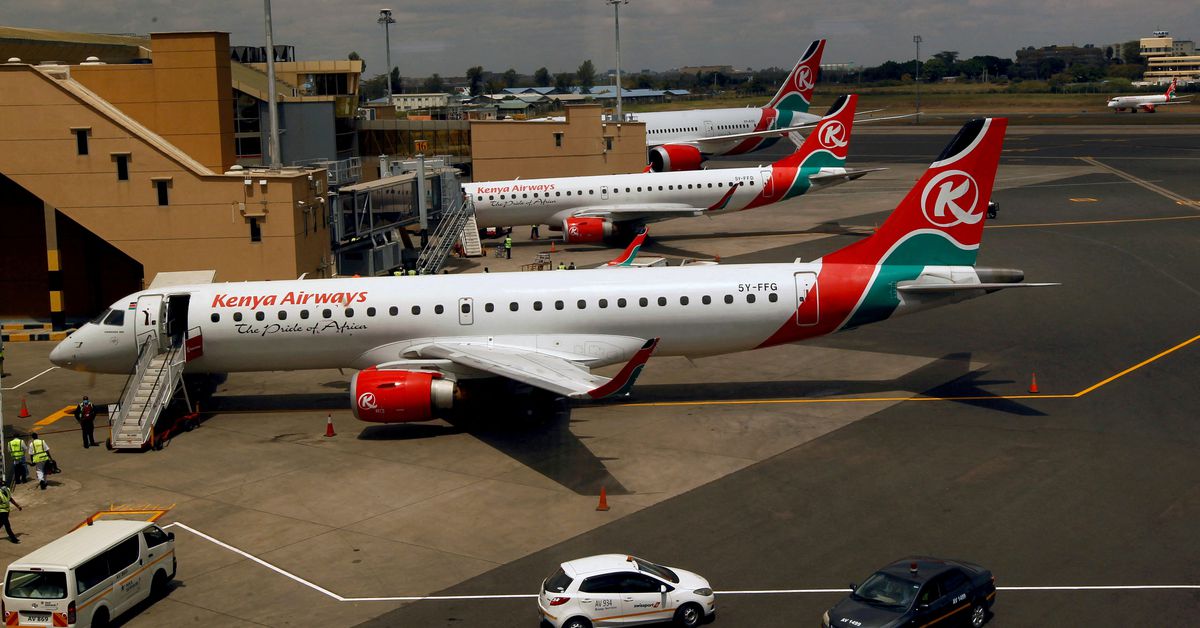 NAIROBI, Nov 4 (Reuters) – Kenya Airways PLC’s (KQNA.NR) pilots will begin a strike on Nov. 5, their union said on Friday, which the airline described as unlawful and could jeopardise its recovery from the pandemic.

Earlier, the union had said that it had given the national carrier a 14-day notice on the industrial action but this had ended without the airline’s management addressing their grievances.

The walkout, which will start at 6.00 am local time (0300 GMT), will affect thousands of business and leisure travellers at one of the most important aviation hubs in the continent.

The airline – which is trying to recover from a downturn in earnings during the pandemic – said the action could also affect cargo freight and also cause huge losses to farmers whose perishable goods are due for export.

“The intended unlawful industrial action negates the strides KQ (Kenya Airways) has made this year in improving its financial position following the COVID pandemic that affected the economy,” it said in a statement.

“We are willing and ready to engage with KALPA within the confines of their mandate in an open negotiation to find practical and lasting solutions.”

It warned that the industrial action could at a minimum cost it 300 million shillings ($2.5 million) a day.

The Kenya Airline Pilots Association (KALPA) — a union that represents more than 400 pilots at the carrier — issued the notice that expired at midnight on Wednesday, following a dispute over pensions contributions and settlement of deferred pay for its members.

“We are therefore at liberty to exercise our right to withdraw our labour forthwith,” Murithi Nyagah, the general secretary of KALPA, said in a statement.

The airline said in August that its pretax loss narrowed by 15% in the first half of the year helped by higher passenger and cargo revenue as borders reopened with an easing of COVID-19 restrictions.