The “Jeopardy!” host took to Instagram on Monday where she revealed her diagnosis. The actress said she contracted the virus after being vaccinated and boosted.

“Hey everybody, not sure if this is clickbait or not, but I have COVID,” the former “Big Bang Theory” star said in a video posted on her account. The 46-year-old highlighted an Instagram Live she did on the account for her podcast “Mayim Bialik’s Breakdown” where she went in-depth about her symptoms.

“I have COVID, and it’s no joke over here,” Bialik said in the clip. “It’s very exhausting, the exhaustion is very special. I had mononucleosis when I was in college and the exhaustion hits like that where you cannot be awake, you can try to be awake but then all of a sudden you need to sleep.”

MAYIM BIALIK AND KEN JENNINGS TO HOST ‘JEOPARDY!’ THROUGH END OF SEASON 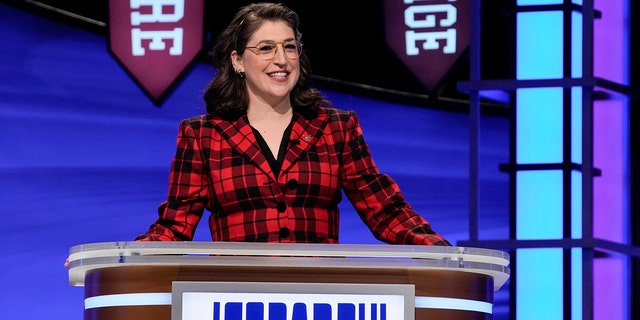 “I am hoping that it passes quickly,” she shared. “I’m trying to believe my body knows what to do. I do have asthma, I do have a thyroid condition which means it’s an immune-compromised situation.”

The star said that a friend suggested she tried heating lemon juice with ginger and turmeric to help alleviate her symptoms.

“One of the annoying things about COVID is that everybody has the things that you’re supposed to do,” said Bialik. “I’ve got zinc and magnesium and immune stuff, D3, this insane vitamin C that tastes really bad but that means it’s good for you.”

“You know what else strangely works? Graham crackers and dark chocolate!” she joked. “I don’t know, that’s what I’ve been craving.” 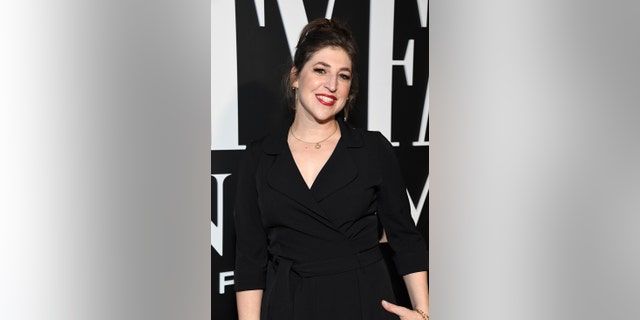 Mayim Bialik explained some of her symptoms including “exhaustion.” (Photo by Jon Kopaloff/Getty Images)

Bialik quickly pointed out that she’s “not at all trying to make light of any aspect of this.”

“I know that there are people who do not have resources or care,” she said. “It’s something I’ve been following since the beginning of COVID. I was thinking about all the people with young children, especially single parents, because of this level of exhaustion I cannot imagine needing to care for small children right now. I know that so many people in this world are in that situation, and it’s just really devastating to me.”

The former “Blossom” star reflected on getting COVID for the first time.

“I’m feeling a whole bunch of regret that I ever took my mask off ever in the world, like even outside,” she said. “I’m feeling a lot of fear. Why did I ever go out? Why did I think that anything was fine ever?”

‘JEOPARDY!’ GUEST HOST MAYIM BIALIK INTERESTED IN PERMANENT ROLE: ‘I WOULD LOVE THAT’ 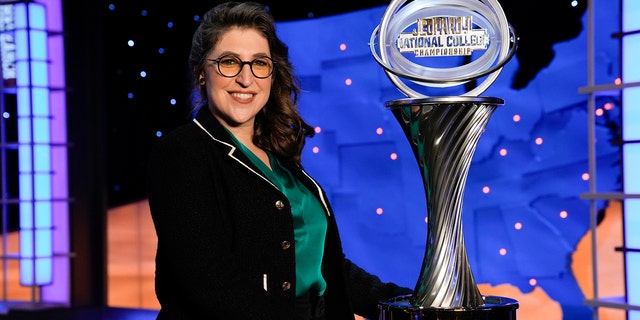 “Please be careful,” Bialik urged her followers. “I hope everyone stays safe. I’m gonna drink this and then fall asleep.”

After her recovery, Bialik will return as the co-host of “Jeopardy!” alongside series champ Ken Jennings on a rotating basis, People magazine reported. The Hollywood Reporter shared that the series had already finished taping its most recent season.

In September 2021, Bialik and Jennings, 48, were announced as interim hosts after Sony’s efforts to replace the late Alex Trebek ran aground. Mike Richards, who’d been the show’s executive producer, got the host job and then lost it — and soon after, his producing role — when his past questionable podcast comments resurfaced.

Jennings, the record-holder for the longest “Jeopardy!” winning streak, is a consulting producer on the show. Bialik has already been chosen to host “Jeopardy!” prime-time and spinoff series, including a new college championship.

MAYIM BIALIK’S ‘JEOPARDY!’ GOAL IS TO MAINTAIN THE INTEGRITY OF THE SHOW FOLLOWING MIKE RICHARDS’ EXIT 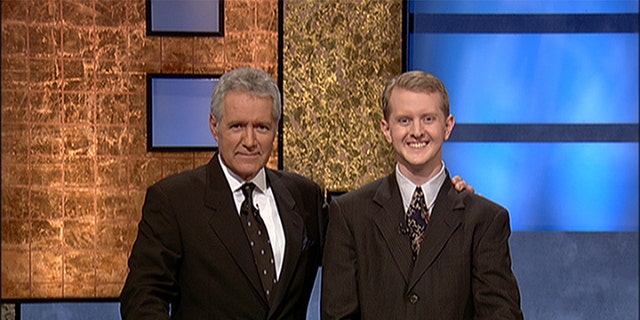 “Jeopardy!” used a series of guest hosts, including Richards, for shows filmed after Trebek’s death. The beloved host died in November 2020 of cancer at age 80.